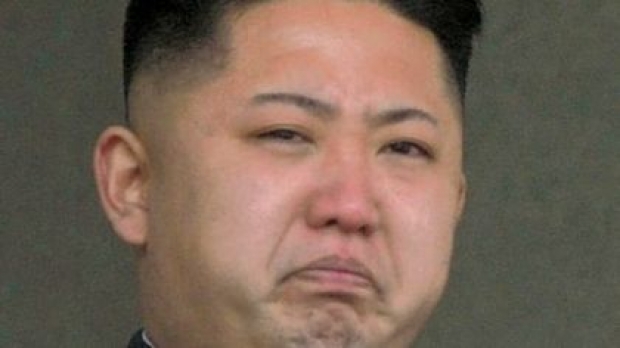 Made his eyes water

The United States secretly penetrated North Korea's computer systems four years ago which was one of the reasons that Washington knows Pyongyang was to blame for the recent cyberattack on Sony.

According to a National Security Agency (NSA) document, the Times detailed how the US spy agency in 2010 "penetrated directly" into the North's systems via Chinese networks and connections in Malaysia favoured by North Korean hackers.

At the time the NSA wanted to get information on Best Korea’s glorious nuclear program, the NSA's clandestine operation switched focus to the growing threat posed by North Korea's hacking capabilities following a destructive cyberattack on South Korean banks in 2013.
Hidden US software provided an "early warning radar" for North Korean activities, and provided the evidence that persuaded President Barack Obama that Pyongyang was behind the Sony hack.
US investigators concluded that North Korean hackers spent two months mapping Sony's computer systems in preparation for what became the biggest cyberattack in US corporate history.
It is not clear why the NSA was unable to warn Sony in advance, but apparently the NSA couldn’t really tell the severity of the attack that was coming.

South Korean has been telling the world that North Korea runs an elite cyberwarfare unit with at least 6,000 personnel, trained in secret government and military programs.

However experts suggest the North's cybercapacity is heavily reliant on China, in terms of both training and the necessary software and hardware.

China Unicom provides and maintains all Internet links with the North, and some estimate that thousands of North Korean hackers operate on Chinese soil.

According to South Korea's National Intelligence Service, more than 75,000 hacking attempts were made against South Korean government agencies between 2010 and September 2014—many of them believed to be from Pyongyang.

Rate this item
(3 votes)
More in this category: « Alibaba to offer Americans chance to sell in China A Glass or two may boost battery life »
back to top