Gigabyte is one of few vendors to buy into Intel's NUC push and we have to admit it is doing a somewhat better job than Intel. In addition to Intel based systems, Gigabyte is also looking at AMD parts and earlier this month it introduced the first NUC-sized barebones based on Richland low-voltage parts. You can check out the first AMD based Brix unit here.

However, the new Brix Gaming is going a step further. It's got a much bigger chassis based on recently introduced Brix Pro barebones. It measures 59.6 x 128 x 115.4mm but unlike standard Brix and NUC units, it also has a 2.5-inch drive bay in addition to an mSATA port. This means you can use a speedy mSATA SSD as a system drive and add some cheap storage in the form of a standard 2.5-inch hard drive. It also has four USB 3.0 ports, ac wireless and Bluetooth 4.0.

While it doesn't exactly sound like a high-end gaming rig, bear in mind that it is coming in a tiny package and it should still have plenty of muscle for most games. It might also make a sweet Steam machine. Unfortunately there is still no word on the retail price, but it won't come cheap. The Brix GB-BXA8-5545, with an A8-5545 APU sans discrete graphics, is priced at €249 and the gaming version should end up quite a bit pricier. 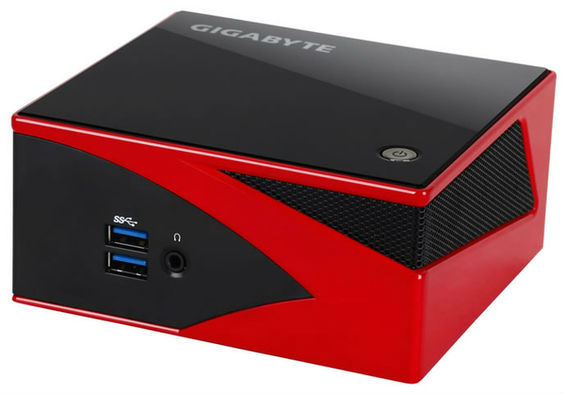 Last modified on 28 January 2014
Rate this item
(0 votes)
Tagged under
More in this category: « Intel’s answer to Raspberry ships Massive Bluehost outage affects thousands of sites »
back to top