Did it fall or was it pushed?


The World Wide Wibble is all a flutter after snaps appeared which suggested that the Google Street View car might have killed a donkey.

It all comes from street images shown in Botswana. The Google Maps image shows a puff of dust flying up from the injured donkey, suggesting that the camera must have captured the donkey as it fell rather than just lying on the road. Google sent News.com.au photos which it says prove that the car did not hit the donkey. The Google Street View car approached the donkey as it was taking a nap, and then the donkey gets up and continues walking uninjured.

There are four images. The first has the donkey lying down, in between two prominent tire marks. The next shows the donkey getting up, while the third has the donkey is standing off and to the left, meters behind where it fell. The last shows the donkey even further back on the left. Google claims the photos show the events in the order they occurred.

Roger Short, adjunct professor of zoology at Melbourne University pointed out that all this was impossible. Donkeys are particularly fond of walking forwards, a scenario which requires one to walk backwards is unlikely. Of course if the donkey was hit, chances are the Google car would have been a mess and would have been unlikely to have driven on like nothing happened. 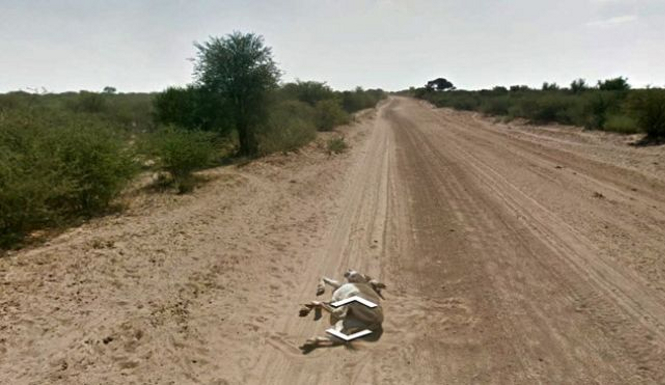