Considering that Intel recently showed Diablo III running smoothly on 17W Ultrabook, we are not exactly surprised that Apple's next-gen Macbook Pro Retina is able to do the same. On the other hand though, we bet Diablo III looks better on 2880x1800 Retina display than on Intel's Ultrabook.

Of course, the quad-core Core i7 Ivy Bridge CPU and Nvidia Geforce GT 650M graphics should be more than enough to run Diablo III smoothly with plenty, if not all, of the eyecandy. With a US $2,199 start price tag for the base model, it should, and probably can, run more than just Diablo III. 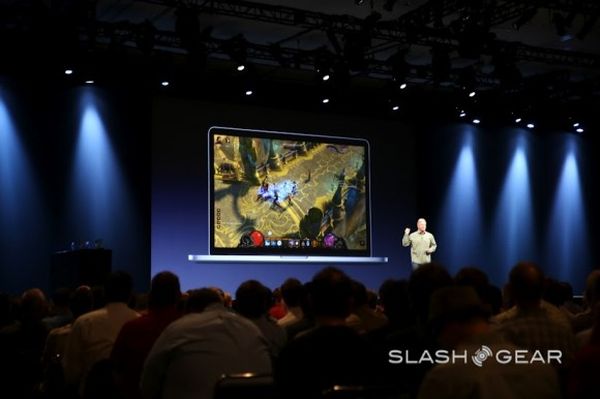