Launch-day Apple buyers can save cash with this

For several decades, the largely consumerist and capitalist country known as the United States of America has tried nearly every trick in the book to entice prospective consumers into "try-before-you-buy" scandals for products that said consumers really don't need. While the ploy has worked for many successive product launch-cycle generations due to the incessant nature of "I must have this new toy" consumer attitudes, it appears that another company is trying its hand at a rental service, this time with Apple's new third-generation iPad. 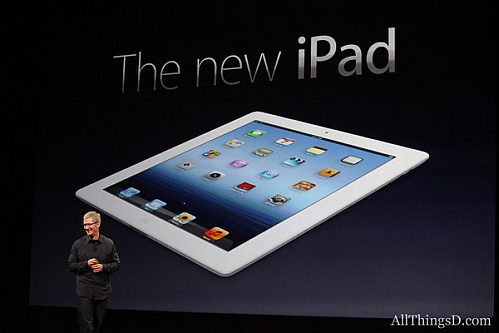 Manhattan Beach, Southern California-based company YBUY has recently announced a new try-before-you-buy online subscription service for Apple's "new" iPad, with a monthly subscription fee of $24.95 beginning on April 1, 2012 when the company is able to ship out the new iPad units.

“For most consumers, when it comes to electronics or products for the home, the idea is that they want to test the product out first,” said YBUY CEO Stephen Svajian. “Typically, you’ll wait in line for hours. Then, when you finally get into the store, there’s someone right behind you breathing down your neck, pressuring you, and maybe even dripping sweat on you. And at the end of the day, you may only get five or ten minutes with a device that hundreds of other people have had their mitts on. I don’t know about you, but I’ve never seen someone wipe down an iPad after they use it. This can make for a pretty gross and stressful shopping experience.”

So ultimately, we calculated the numbers and concluded that you can "rent" a third-generation iPad 32GB (4G LTE model) from YBUY - normally retailing at $729.99 plus tax - for roughly 30 months (2.5 years) before paying it off at the full $730 price point. In other words, this deal would seem fitting for product enthusiasts and those very, very few Apple die-hards out there (pun intended) who like buying the fruit-themed toymaker's new devices on launch-day while selling their old devices for cash to pay off the new ones. It's an interesting deal to say the least, for those willing to try before they buy.