Let's start with the minor issues first, but not after addressing some historical experiences surrounding Apple's assembly line. As many late adopters of the iPhone 4 can vividly remember (that is, models manufactured after October 2010), the newer Retina Display-enabled smartphones coming off Apple's assembly lines had noticeably "yellower" tints to them. Users had reported in droves that the whites were "beyond warm," colors less vibrant, and some colors were almost completely washed out.

Fast-forward to the launch of the iPhone 4S in October 2011, and the same phenomenon occurred, prompting a few of them to dub the alleged defect "yellowgate." But here at Fudzilla, we simply refer to them as piss-colored screens. Long story short, we have a fellow colleage who purchased an iPhone 4S on launch day, was completely unsatisfied with his Retina Display ended up calling Apple Care Support a total of six times to get replacement phones sent out to him every time Apple sent him a piss-colored 4S. Finally, after his sixth attempt with customer service, he received a satisfactory screen - one which didn't quite resemble the stunning clarity and color accuracy of a launch-day iPhone 4 (see: June 24, 2010) - but was finally acceptable by perfectionist human standards and didn't reveal and marks of yellow disincentive.

Nevertheless, launch-day users of Apple's third-generation iPad are also receiving their fair share of issues with the company's 9.7-inch tablet Retina Display. The folks at GottaBeMobile are reporting "that the color temperature of the display on the new iPad is warmer or yellower. In fact when the two devices are placed side by side the display on the new iPad looks like it has a case of jaundice, where some images have a heavily saturated yellow or green in them make this apparent even in isolation." [Looks like the early stages of hepatitis B. Ed] 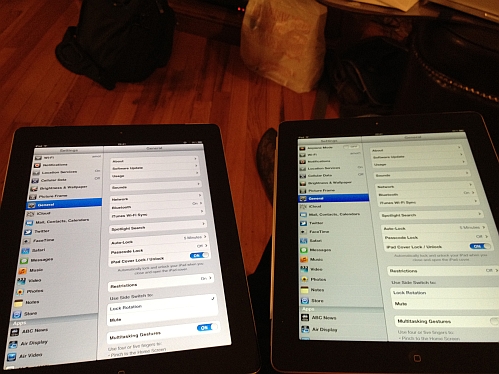 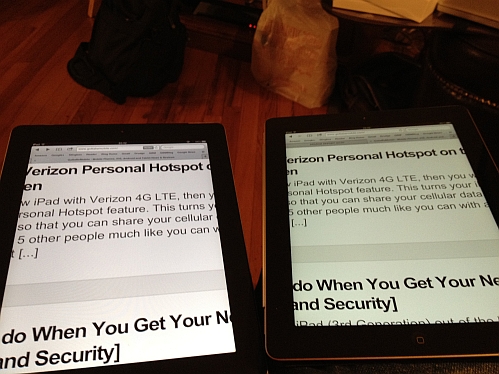 Last modified on 18 March 2012
Rate this item
(0 votes)
Tagged under
More in this category: « Intel Thunderbolt may become a standard PC spec by 2013 Apple may pay dividends first time since 1995 »
back to top