Curious Apple product enthusiasts over at The Verge have recently confirmed, upon their in-depth review of the third-generation iPad, that the company's latest tablet does not allow FaceTime video chat over fourth-generation 4G LTE networks, regardless of having a Verizon or AT&T data plan with more than adequate monthly bandwidth allowance. 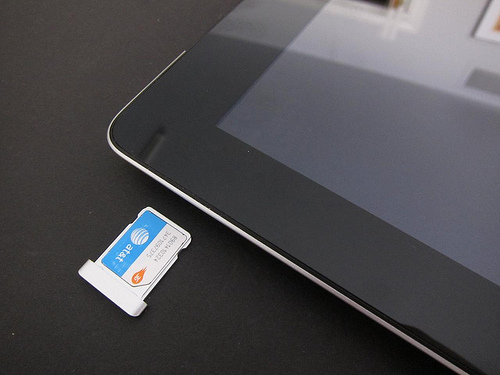 Unfortunately, attempting to initiate a FaceTime video call over LTE fails with a message stating that the user must be connected to a WiFi network. Yes, even if you're in an area where 4G LTE speeds are faster than local WiFi speeds, Apple prohibits you from making video calls over fourth-generation wireless networks (because that just makes so much sense, doesn't it).

The average FaceTime video call has been estimated to consume roughly 3MB bandwidth per minute, meaning that even a 15-minute video conversation would only consume 45MB - well under AT&T's lowest 250MB LTE data plan for $14.99/month and well under Verizon's lowest 1GB LTE plan for $20/month. Of course, third-generation iPad reviewers suggest that users can always initate a WiFi hotspot from an LTE-enabled iPad and use it to make a FaceTime call from an iPod touch 4G, iPhone 4 or iPhone 4S. But of course, that would require the user to be a true Apple fanatic by having not only a company-branded tablet, but also one of its smartphones.

Last modified on 15 March 2012
Rate this item
(0 votes)
Tagged under
More in this category: « HTC rolls out Android 4.0 ICS updates for 16 smartphones Marvell releases new SATA controller »
back to top