On January 31st, Microsoft quietly launched an Office 15 Technical Preview to a select group businesses, partners and OEMs ahead of the public beta scheduled to be released later this summer. Over the past three weeks, several screenshots and images of the private beta have been leaked by sources who received access to the beta, providing analysts with plenty of inside scoops regarding Microsoft's plans for its upcoming office suite. 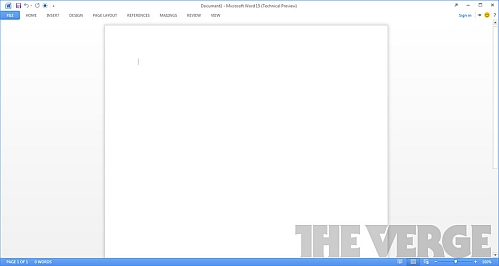 From a first glace, the most noticeable change in Office 15 is the fusion of Ribbon and Metro user interfaces. Microsoft's Ribbon graphical user interface was first introduced with Office 2007 and has been reported over the years as "taking too much time and patience to learn." Nevertheless, Microsoft has given its contentious Ribbon interface a facelift by fusing it together with Metro UI, which will be featured in the upcoming Windows 8 operating system. 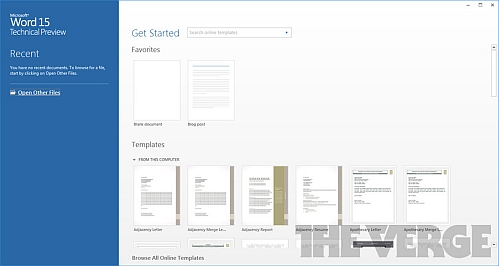 The ribbon itself will now default to being collapsed, and most of the gradients, panels, and dividing lines prevalent in Office 2010 have been removed with the new release. Office 15 takes a different design approach by minimizing ribbons by default and employing a fullscreen "backstage" menu with left-side navigation controls. Of course, the interface is subject to change as this is an early preview of the development process. We expect the public beta releasing this summer will feature substantial changes.

More pictures can be found at The Verge.

Last modified on 27 February 2012
Rate this item
(0 votes)
Tagged under
More in this category: « Nvidia gets big names behind its DirectTouch tech HTC to launch Windows Phone 8 devices later this year »
back to top