This weekend protests against the Anti-Counterfeiting Trade Agreement (ACTA) have been gaining steam this week with protests occurring across Europe, including Serbia, Bulgaria, and Austria.   Many of the protest participants donned the Guy Fawkes mask which has been associated with the hacker group "Anonymous." 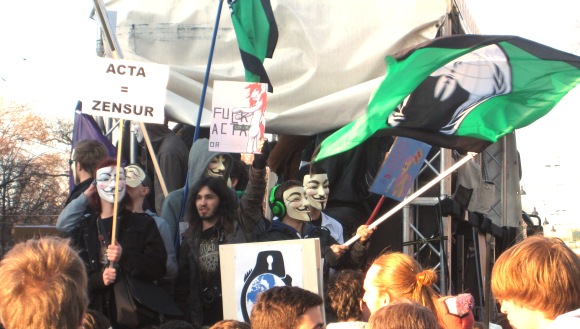 The protests were reminiscent of similar protests in the United States against SOPA and Occupy Wall Street.  Although unlike the United States, the local police were not showing up in riot gear or dousing the protesters with tear gas. 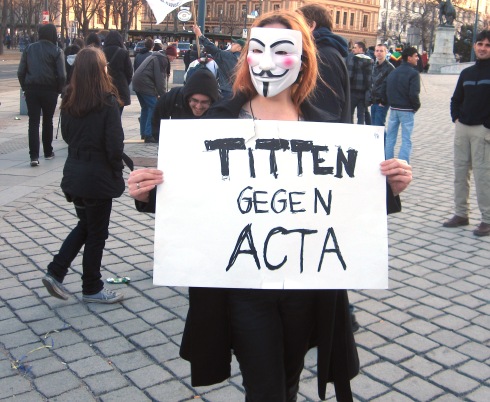 The ACTA agreement was originally signed last October by Australia, Canada, Japan, Morocco, New Zealand, Singapore, South Korea and the United States. Last month, the European Union and 22 countries which are member states of the European Union signed as well, bringing the total number of signatories to 31.  The protest is an attempt to stem the ratification, after which the agreement will come into force.  One of the largest backers of the treaty is the The Motion Picture Association of America (MPAA) which also attempted to put it's weight behind SOPA in the United States

The opponents protesting today believe that the agreement will adversely affect their fundamental rights including freedom of expression, and privacy.  Only two weeks ago, around 5,000 people demonstrated in Vienna against ACTA.

Last modified on 26 February 2012
Rate this item
(0 votes)
More in this category: « Kepler GK104 cards in production Nvidia gets big names behind its DirectTouch tech »
back to top