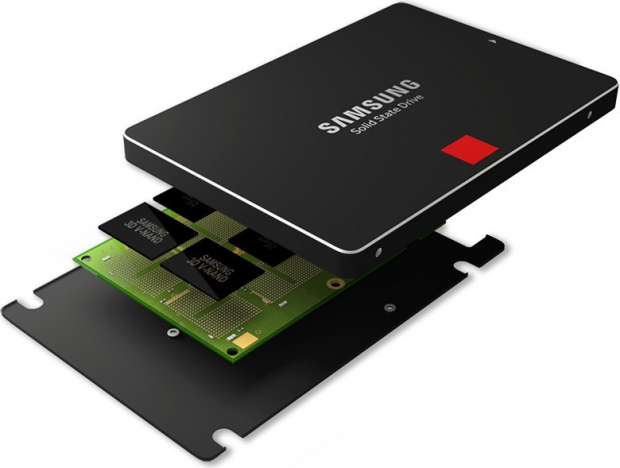 It’s no secret that Samsung has been working on a new series of EVO solid-state drives.

The 850 Pro series launched earlier this year to good reviews and now it’s time for the mainstream EVO version. We found four new 2.5-inch 850 EVO drives listed in Europe, but we still don’t have the full spec.

The old 840 EVO was quite a a performer and the new series has a lot to live up to, but it's not just an incremental improvement, as the new generation is based on 3D cells.

The 850 EVO series was leaked back in September, but other than a few titbits of information there was not much to go on. The big news was that Samsung would use 3D V-NAND in the new generation, which it described as the “world’s first 3-bit 3D V-NAND SSD for everyone.”

Now that it’s finally listed and the launch is imminent, we know a bit more. The 850 EVO series features 256MB to 1024MB of cache, AES 256 encryption and of course 3D V-NAND (TLC Toggle). On a side note, Samsung announced it started producing 3-bit V-NAND a month ago and we must say we are impressed by the speed of the rollout. Unofficial info points to the second week of December as the shipping date for the 850 EVO series.

The use of 3D cells means that Samsung is using multiple layers to get higher data densities. Data density is not that crucial when it comes to desktop SSDs, as size is not a limiting factor, but 3D V-NAND should keep production costs down. This means higher margins for Samsung and lower prices for consumers.

Looking at the old 840 EVO line-up, it appears that Samsung has dropped the 750GB version, although it is possible that it will appear at a later date.

Unfortunately we do not have any performance figures at this point. The old 840 EVO offered read/write speeds of up to 540MB/s and 520MB/s, with 98k/90k read/write IOPS. Needless to say the 850 EVO should improve on that.

In case you were wondering – no, the 850 EVO series did not end up cheaper than the old 840 EVO line-up. It is in fact on the pricey side, but like we said this is not official pricing and retail prices should end up a bit lower once the drives start shipping.

Last modified on 30 December 2014
Rate this item
(0 votes)
Tagged under
More in this category: « OCZ has USB 3 super speed external SSD Kingston announces its new V+ SSDs »
back to top