We had a chance to talk to Michelle Leyden-Li, Senior Director of Marketing, QCT at Qualcomm and get an update on the company’s 64-bit plans.

Most of you know that Qualcomm has announced two 20nm chips so far, the Snapdragon 810 and 808. Both chips are a big.LITTLE combination of Cortex A57 and Cortex A53 cores and are scheduled to launch in the first half of 2015.

Michelle told Fudzilla that these chips have been sampled to customers and that we should expect to see devices based on them in the first half of 2015. It is up to the customer to choose if they want to use a 32-bit or 64-bit operating system.

It is safe to assume that many 2015 phones will be supporting 64-bit Android L out of the box. Qualcomm said they will be ready for Google's 64-bit operating system whenever it launches. 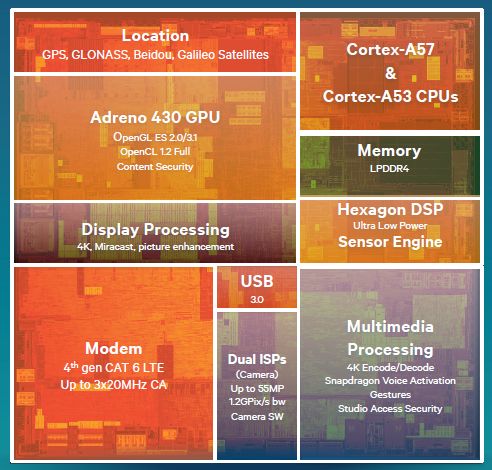 Most reports are claiming that we should see Android L on the market in Q4 2014, from October to late December 2014.

The Snapdragon 810 looks like a chip destined to power some of the top phones of 2015, including top Samsung, LG and other non-Apple flagships.

Shipping with four ARM Cortex A57 and four ARM Cortex A53 (big.LITTLE) in 20nm looks like the best possible solution for the first half of 2015. Let's not forget LPDDR4 2x32@1600MHz memory as well as 3x20MHz Carrier Aggregation with CAT6 at 300Mpbs support, something that makes this chip standing out from the competition.

We are sure that a custom Krait successor of the Snapdragon 810 is already in works and that it will launch in 2015. Qualcomm always launches an ARM core first and then follows up with a tweaked Krait core, a special in-house developed core that traditionally performs better than the standard ARM core.

You can be sure that there will be some Snapdragon 810 chips powered with Adreno 430 graphics core announced in the first quarter of 2015. The most important mobile phone tradeshow, Mobile World Congress 2015, starts on March 2nd 2015 and have in mind that US carriers tend to announce a number of new phones already at CES 2015 that starts on January 6th 2015.

Rate this item
(0 votes)
Tagged under
More in this category: « Intel to invest $1.5 billion in Chinese chipmakers Snapdragon 400 is Qualcomm’s SoC for watches, wearables »
back to top