Google’s next Nexus phone is not a phone at all – it is a massive phablet. The Nexus 6 has been rumoured for a while, but thanks to 9to5Google we now have a few more details and pics.

The purported images resemble the new Moto X, with a very familiar back and Moto’s trademark ring flash. However, at 5.92 inches the upcoming Nexus has a much bigger screen and it is believed to be a 1440p panel, which translates into 498ppi. Google is clearly going for overkill on multiple fronts. 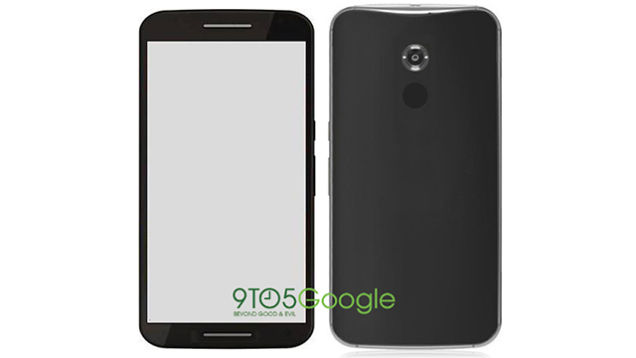 Qualcomm powers the show with a Snapdragon 805 quad-core clocked at 2.6GHz. The phone is said to sport 3GB of RAM, 32GB of storage and a 13-megapixel camera. The front camera is based on a 2-megapixel sensor and it appears to be the same camera used on the new Moto X.

There is still a fair bit of confusion. At 5.9 inches the phone is simply too big for a mainstream device. It is unclear whether the phone will end up with a Nexus 6 brand, as Nexus X is another rumoured possibility. Given the fact that it is huge and that it will ship with Android L, Google could have gotten away with calling it the Nexus XL.

Speaking of which, a Nexus L with a 5-inch panel branded as the Nexus L would also make sense, not that we are implying anything...

Rate this item
(0 votes)
Tagged under
More in this category: « iPhone 6 has a 65 per cent mark-up iOS 8.0.1 update breaks cellular service, Touch ID »
back to top