In late August or early September

A fresh report suggest that we might see a first AMD Tonga GPU as soon as late August or early September and the first graphics card with the new GPU should be the Radeon R9 285.

The newest report coming from SweClockers confirms that AMD has finally decided on the name of the upcoming Tonga GPU based graphics card and it should launch as the Radeon R9 285. The report notes that the GPU behind the Radeon R9 285 will be the Tonga PRO, which also suggests that we might see a Tonga XT GPU at a later date, most likely as base for the Radeon R9 285X.

In case you missed the earlier report, Tonga GPU is pretty much the same GPU as the venerable Tahiti since it packs the same amount of stream processors, but will feature a narrower memory interface so the Radeon R9 285 should pack 1792 Stream Processors and 2GB of GDDR5 memory paired up with a 256-bit memory interface. Of course, AMD AIB partners will most likely launch R9 285 graphics card with 4GB of memory as well. According to previous reports, Tonga GPU based graphics cards should eventually completely replace the Tahiti-based ones.

Our sources confirm that the name of upcoming Tonga PRO based graphics cards is pretty much carved in stone, although the boxes have not been printed yet. Graphics cards based on the Tonga GPU are being manufactured as we speak.

Unfortunately, the report from Sweclocker or our sources can not confirm the precise date of the launch or the final price but we will surely keep an eye out for more information. 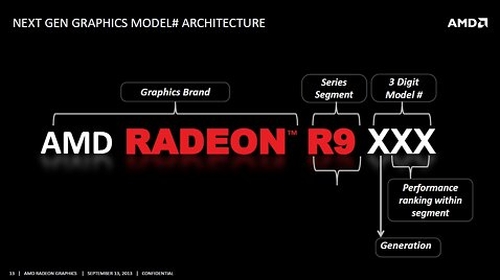