Galaxy S5 band-aid back got to him

Chang Dong-hoon, the head of Samsung’s mobile design department, has resigned. Dong-hoon’s decision was apparently prompted by the public’s poor reception of the S5 design.

The S5 is not all that different from the S3 and S4, which seems to be part of the problem. The plastic back on the S5 features a pitted texture which was mocked by some commentators and even some competitors (we’re looking at you HTC).

To be honest Dong-hoon should not take all the blame. The decision to keep the design plastic was probably not his to make to begin with. The S3 and S4 were criticised for having a glossy back susceptible to micro scratches and fingerprint smudges. The S5 actually addresses this problem to some extent, as it has a more durable soft touch finish.

The 'copper' version got the most flack and many internet goers were quick to point out that it resembles a band-aid.

Samsung says Dong-hoon will be replaced by Lee Min-hyouk, the company’s VP for mobile design. Chang will stay on board in a different function and will not leave the company. 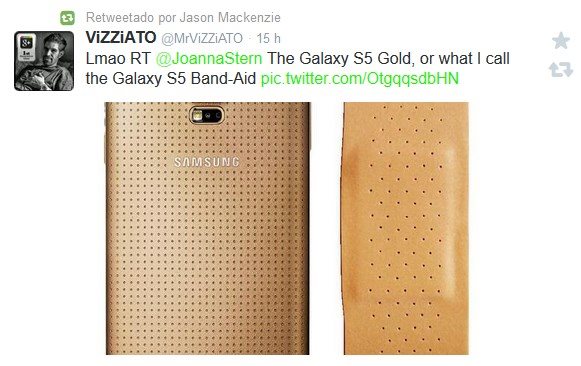 Rate this item
(0 votes)
Tagged under
More in this category: « Qualcomm Toq smartwatch learns to talk Our view on the Apple – Beats $3.2bn deal »
back to top