Nettops have been around for years and they have been more or less ignored by most consumers. While they were always cheap, they never offered much in terms of performance, but that is changing thanks to new Intel and AMD chips.

Smaller form factors with more muscle under the bonnet are now emerging, courtesy of Intel’s NUC push. Intel believes mini desktops have a lot of potential and Intel PC Client Group VP Lisa Graff says sales of NUC barebones are good.
Last year they went from zero to a million units, which is not bad for what was essentially viewed as a tech demo rather than an actual product. Graff told Ars Technica that many consumers want to use small boxes as Steam Machines gaming rigs. Many more are buying them as media PCs for their living rooms.

Graff identified all-in-one PCs and mini desktops as “growth areas” for Intel and said growth has been incredibly strong so far. It is hard not to be drawn to AIOs and mini PCs for a number of reasons. Needless to say they aren’t for everyone, but they have a few things going for them. 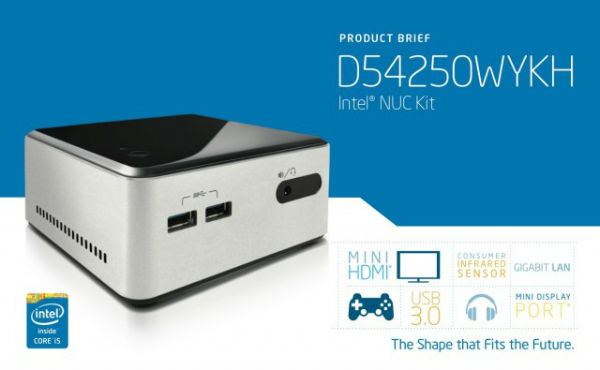 They are quite a bit more practical than traditional boxes, AIOs also have the added benefit of eliminating plenty of clutter and both AIOs and mini desktops tend to be more power efficient than traditional PCs, which is good news for big organisations. Downsides include limited upgradeability, serviceability and somewhat higher prices.

"We've actually seen 50 percent growth in 2013 over 2012 in our lower-power desktop processors," Graff told Ars. "The whole category is growing. A million units last year; I think we're going to see something like 50 percent growth this year. We'll see what it is, but it's going to be strong, positive growth... NUCs are growing, our OEMs' businesses are growing."

Of course, mini desktops still represent just a fraction of total PC sales and even if they grow by 50 percent this year, they’ll still make up about 0.5 percent of all desktop sales. In any case mini desktops and AIOs are two niche categories that seem to have a lot of potential in the long run.

Rate this item
(0 votes)
Tagged under
More in this category: « Syrians take out the Washington Post Tablet sales in Asia slow down »
back to top