Tegra 4 is out, 4G LTE onboard


Nvidia has finally introduced Tegra 4, with 72 GPU cores and 4 CPU cores based on the A15 architecture. 4G LTE is supported externaly, it's not on board.

Like Tegra 3, the Tegra 4 has a fifth companion core designed to improve battery life. Nvidia compared Nexus 10 with dual-core A15 cores versus Tegra 4 quad core A15 and Tegra 4 finishes the 27 second loading 25 unique web pages while Nexus 10 needed 50 seconds for the same task.

Nvidia claims both tablets were loading web pages from an internal server hooked to a router, to provide the same fair conditions. Nvidia claims that Tegra 4 is faster than iPad 4's A6X processor in browsing and compared to the Kindle Fire HD TI OMAP 4470 Nvidia claims it is 3.5x faster. 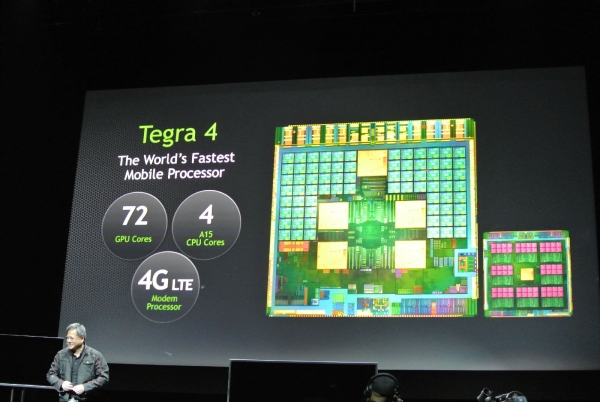 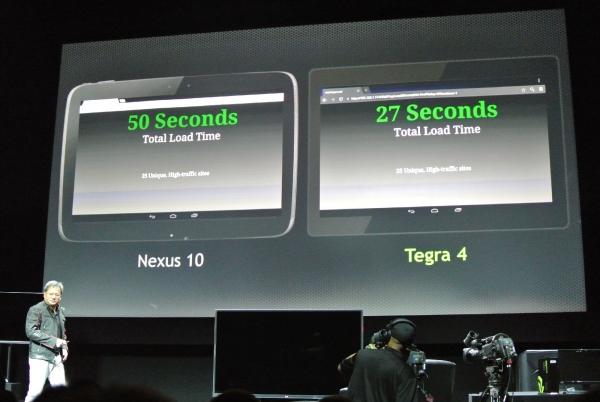 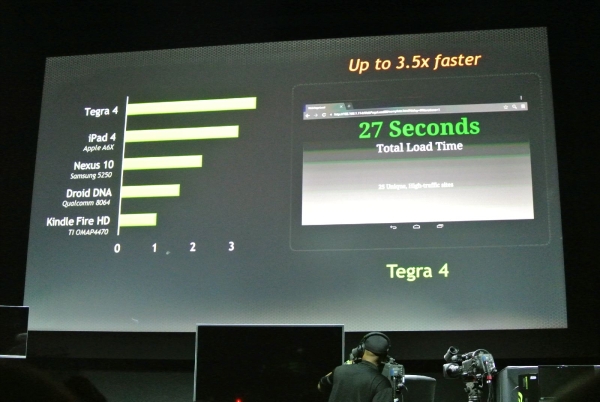 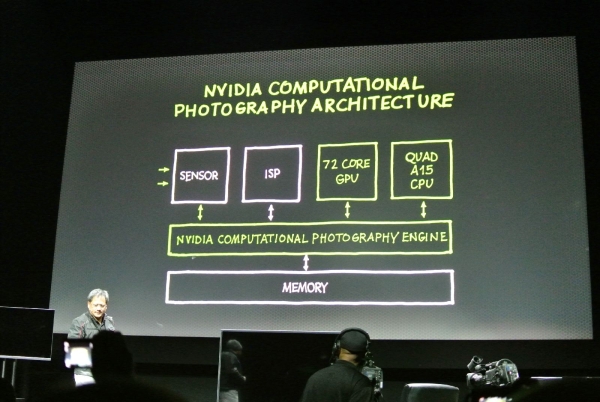 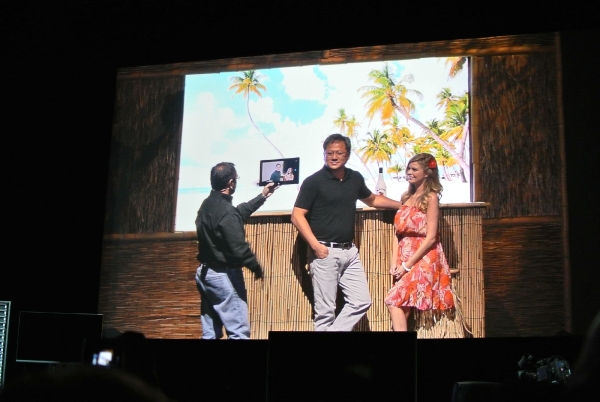 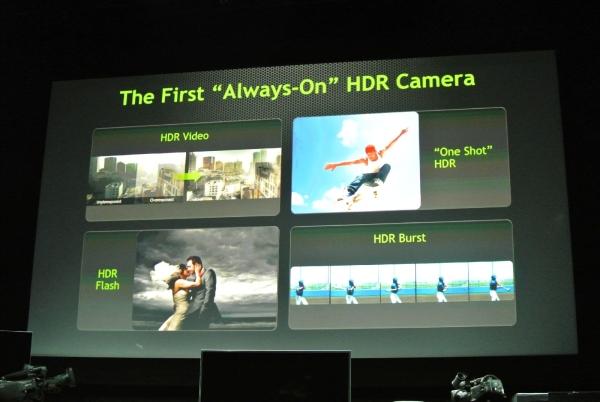 Last modified on 07 January 2013
Rate this item
(0 votes)
More in this category: « Nvidia Grid is a rack server Nvidia details Icera i500 LTE chip »
back to top