The Vishera FX-Series is built on the 32nm HKMG process at Global Foundries and features a total of 1.2 billion transistors on die area of 315mm2. It has four Piledriver modules, each with two cores, 2MB of L2 cache per module and a total of 8MB of L3 cache.

It also has a single 128-bit memory interface, has an updated integrated memory controller with support for up to 64GB of dual-channel DDR3-1866MHz memory. It is built for the same AM3+ socket and is compatible with existing AM3+ motherboards. 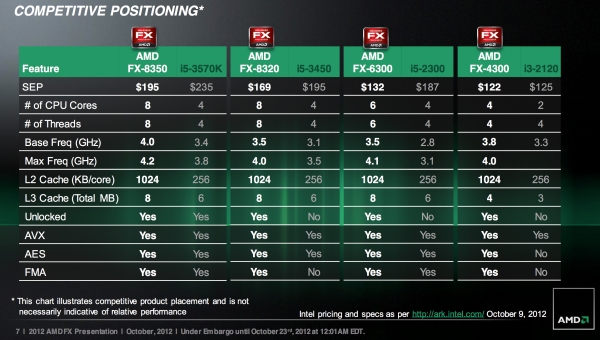