MSI has launched its latest addition to its Z77-chipset based motherboard lineup, an interesting mini-ITX motherboard dubbed Z77IA-E53.

Unfortunately, the price or the actual availability date have not been announced but a quick check at our price-search engine shows it listed at around €180. 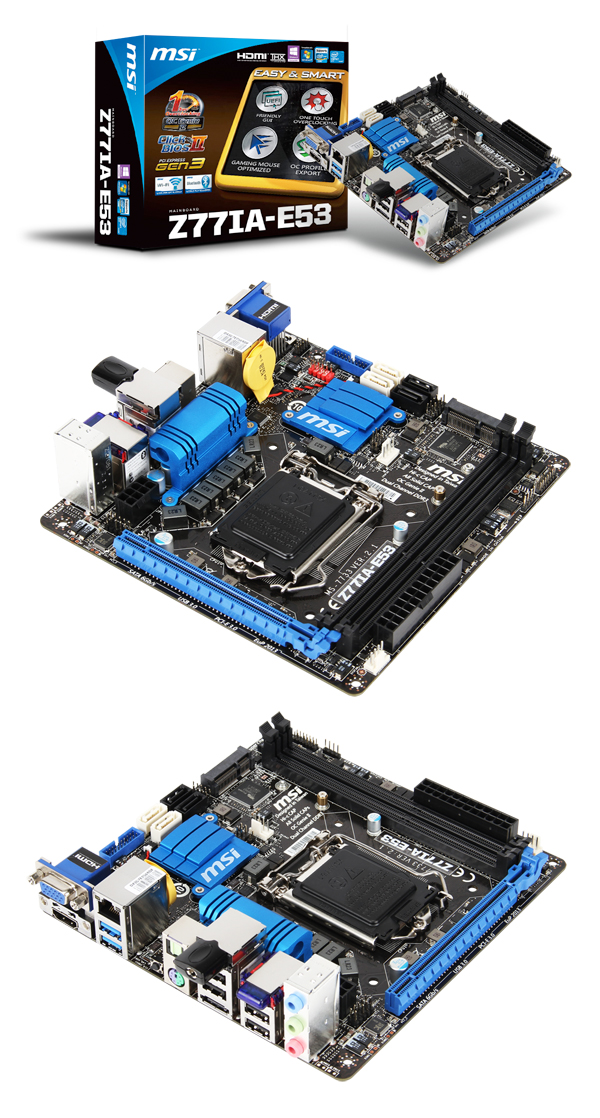 Last modified on 23 August 2012
Rate this item
(0 votes)
Tagged under
More in this category: « ASRock releases Windows 8 based Motherboards Top Haswell chipset is Z87 »
back to top