19 to 22-percent higher than Sandy Bridge

Over the weekend, the folks at Bulgarian-based PC site Laptop.bg were given a reference notebook with the unreleased 22nm Core i7 3610QM 2.30GHz quad-core Ivy Bridge mobile chip. The site's benchmarks yielded a clear performance edge over the chip's current 32nm Core i7 2670QM 2.20GHz quad-core Sandy Bridge counterpart. Now, we know that DonanimHaber was also given a reference Samsung notebook with a Core i7 3610QM sample chip back in late-March and reported similar benchmarks, but we wanted to provide empirical data from at least two sources before offering evidence of mobile Ivy Bridge's performance advantages. 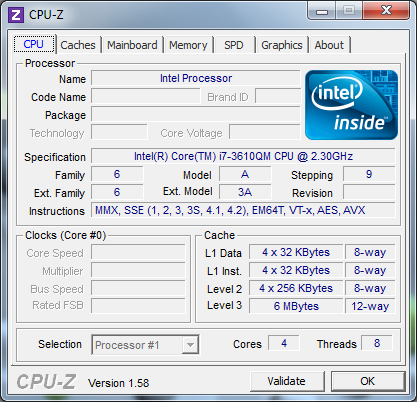 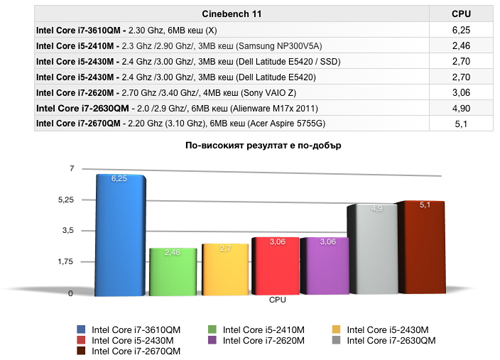 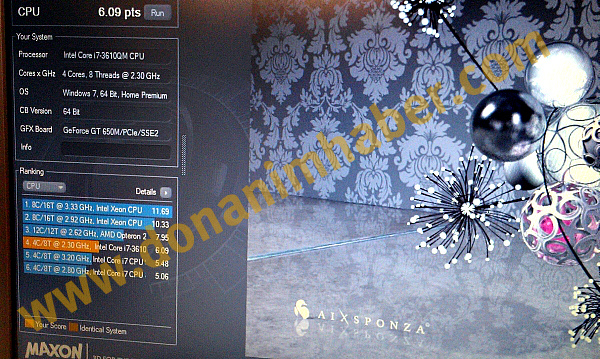 Intel is expected to unveil its first rollout of 22nm Ivy Bridge processors on April 29, and this includes Ivy Bridge-based notebooks and ultrabooks. So far, Lenovo's 14-inch IdeaPad Y480 based on the Core i7 3610QM is the only notebook that has shown up in retail references thus far. But of course, it is possible that most manufacturers may wait four weeks later until the beginning of June when Computex 2012 comes around.