In what may possibly become known as one of the darkest days of Web history over the past three years, the war between US Congress and citizens of the free world against the Stop Online Piracy Act and Protect IP Act has almost come to an end, with the conclusion leaning in favor of protestors across the globe.

According to the latest analytics from Google, the company received a total of 4.5 million petition signatures on Wednesday, January 19, 2012 in response to the anti-SOPA petition on its homepage yesterday. As millions of Google users noticed, the site's homepage displayed a large black strip censoring the "Google" logo as a visual metaphor of the harmful possibilities that SOPA and PIPA could induce on Internet innovation, culture, creativity and the global information economy. 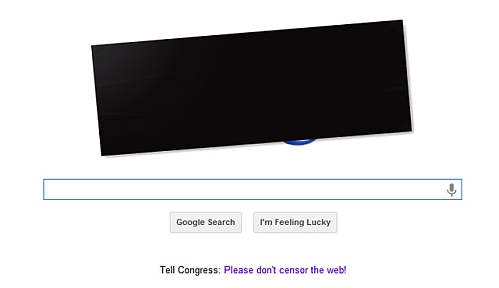 A link below the blackout read "Tell Congress: Please don't censor the web!" and lead to the following petition page.

"There’s no need to make American social networks, blogs and search engines censor the Internet or undermine the existing laws that have enabled the Web to thrive, creating millions of U.S. jobs," the petition read. "Too much is at stake -– please vote NO on PIPA and SOPA."

In addition to Google's petition, the White House Blog reports that 103,785 people have signed petitions urging US President Obama to protect a free and open Internet. At time of writing, at least 350,000 Americans have also sent emails to their local representatives in the House and Senate.

Rate this item
(0 votes)
Tagged under
More in this category: « AMD replaces "Fusion" brand with new name Halo 4 beta invites are fake »
back to top