The GTX 1080 Phoenix Goes Like Hell is the right card to experience a whole new class of performance enhanced gaming. The user can freely experiment with all the new Nvidia features, and we believe it has enough under the hood to drive whatever comes next.

Nvidia Geforce GTX 1080 and Geforce GTX 1070 are consumer graphics cards from the new Geforce Pascal generation. Both are very powerful and even the GTX Titan X cannot cope in terms of gaming performance and power efficiency.

Nvidia has introduced its reference cards and its partners are good to go with custom designs. Gainward as one of the oldest and most experienced partners knows how to gain attention of the users. This time Gainward has GTX 1080 Phoenix, which is a nice looking graphics card with a completely new cooler design and some other tweaks across a PCB. The cooler is three slots wide and according to Gainward this was done to deliver the card which is quiet in all working scenarios.

There are optimisations and improvements across the GPU that provide a better performance per watt curve. As in the previous generation, the GPU core is divided into four graphics processing clusters (GPC), but the GP104 GPU has less shared resources and more dedicated resources which leads to better performance.

The GTX 1080 has more CUDA cores (2560 vs. 2048) and more TMUs (160 vs. 128). The design of ALUs is unchanged. There are still 128 CUDA cores per streaming multiprocessor (SSM) and data throughput per clock of this units is the same compared to the previous Maxwell generation. Now there are five SMMs per GPC instead of the previous four SMMs per GPC.

Memory is increased (8GB vs. 4GB), and bandwith (320GB/s vs. 224GB/s) too. Unlike AMD, Nvidia is not using the new HBM2 memory. It deploys fast GDDR5X memory. This provides a nice 320GB/s bandwith, previously being available only by implementing 384-bit or 512-bit GDDR5 memory interfaces. The base GPU clock is set at 1607MHz, while the boost clock is 1733MHz. The GP104 likes overclocking and we went beyond 2GHz easily.

Gainward GTX 1080 Phoenix Goes Like Hell graphics card used in this review had a hefty factory overclock which set the base GPU clock to 1747MHz. The Memory clock is also increased from 1251MHz to 1314MHz.

The front side of the box has an image of the Phoenix or the Gamer’s spirit. 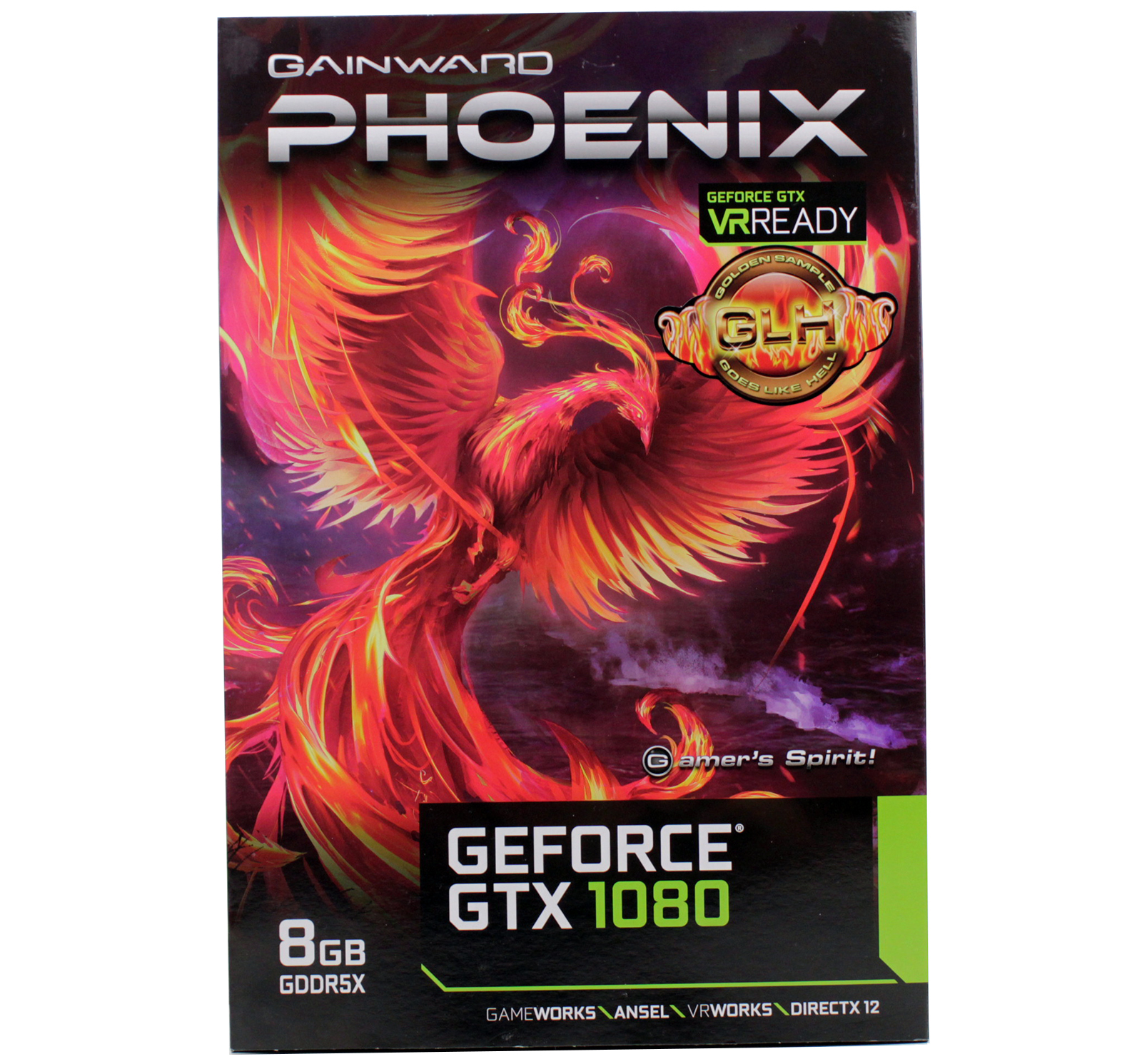 Under the foldable front side, you will find some images of the card and the cooling solution. 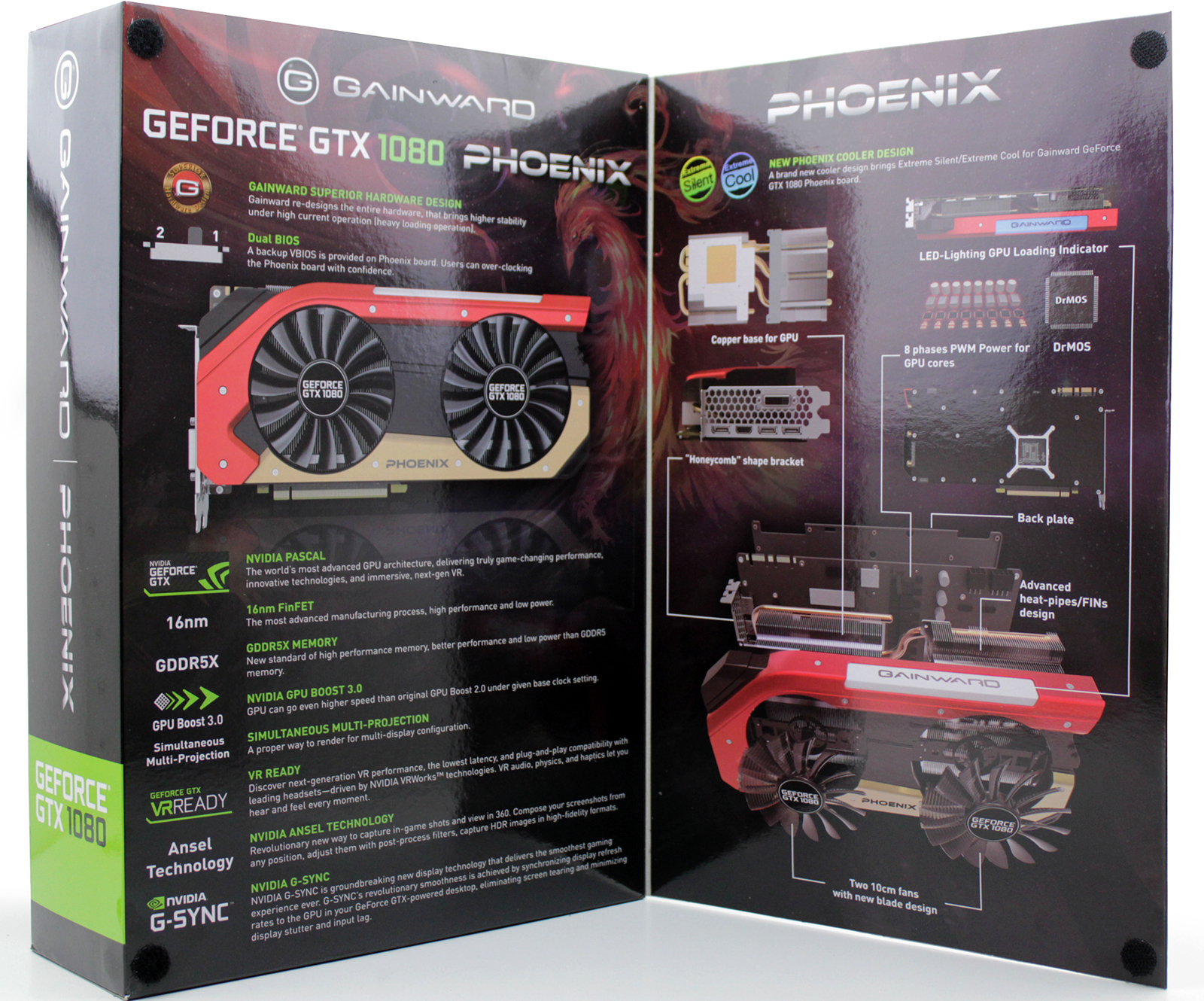 The key features of the current generation are listed on the back.

This packaging is sturdy and can survive nasty transport conditions. 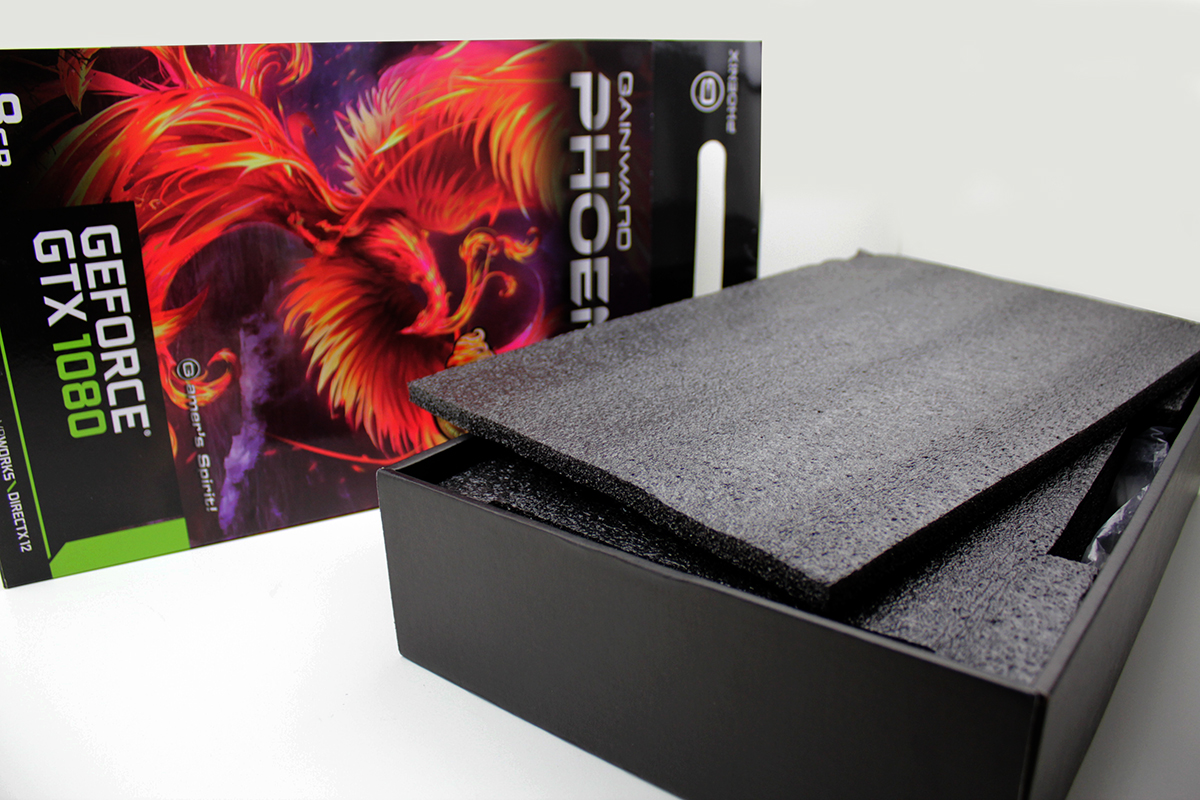 Gainward included a nice poster (paper quality could be better however). 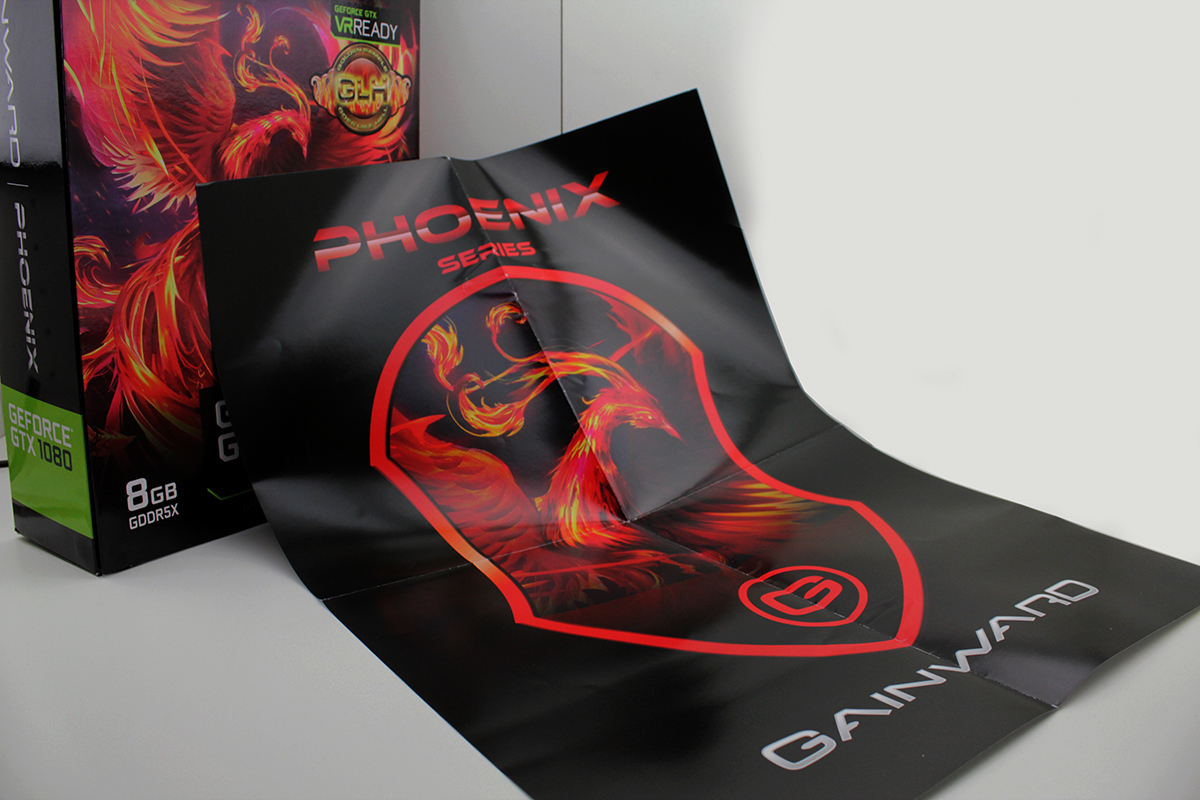 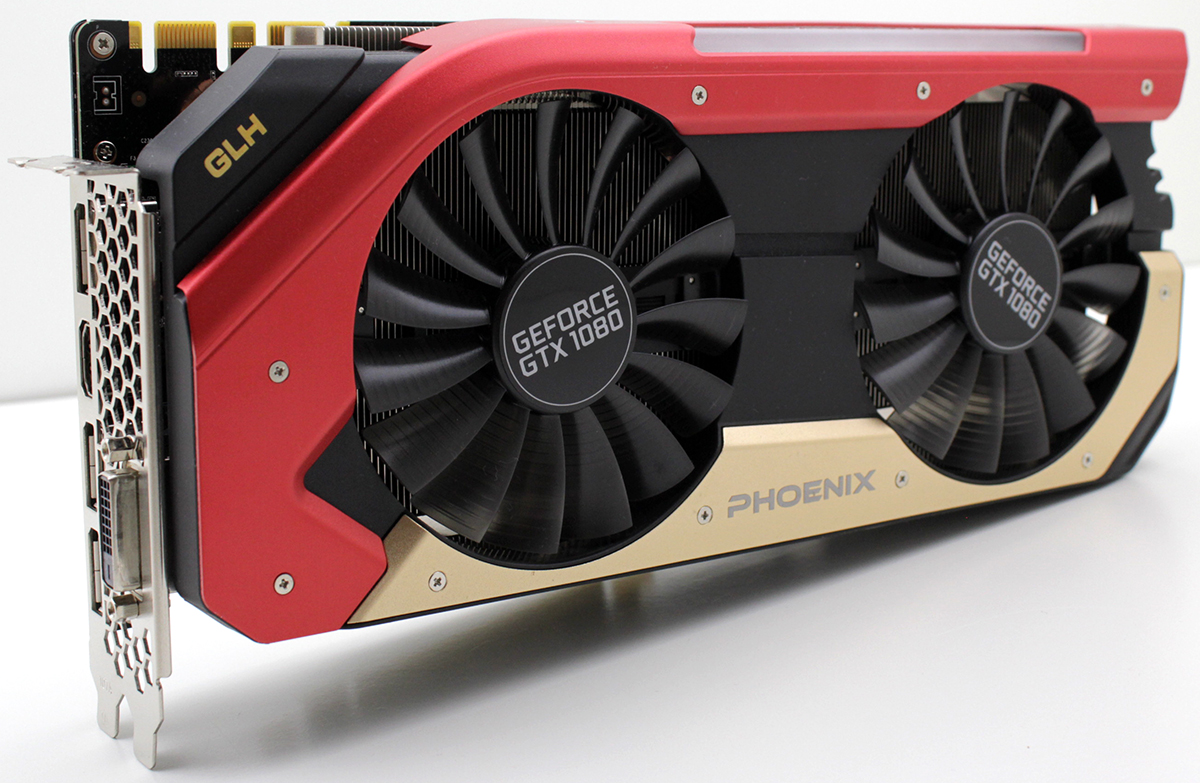 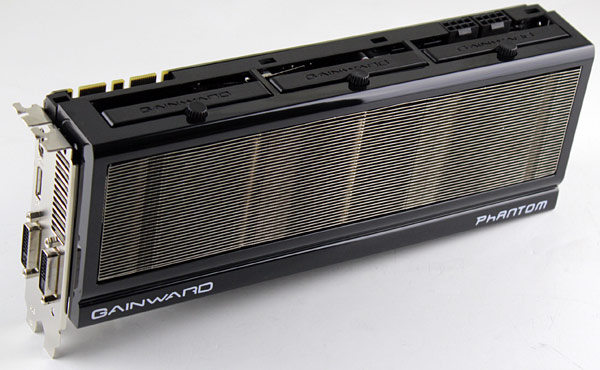 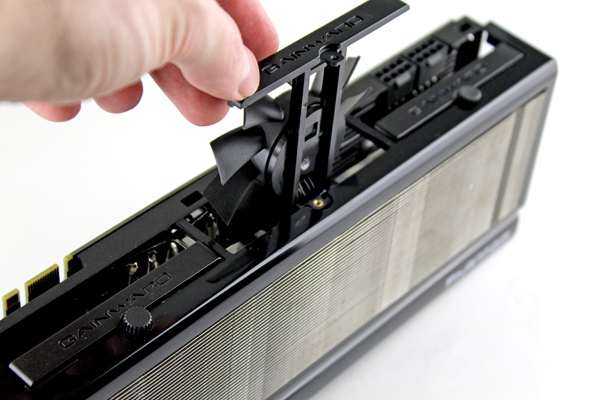 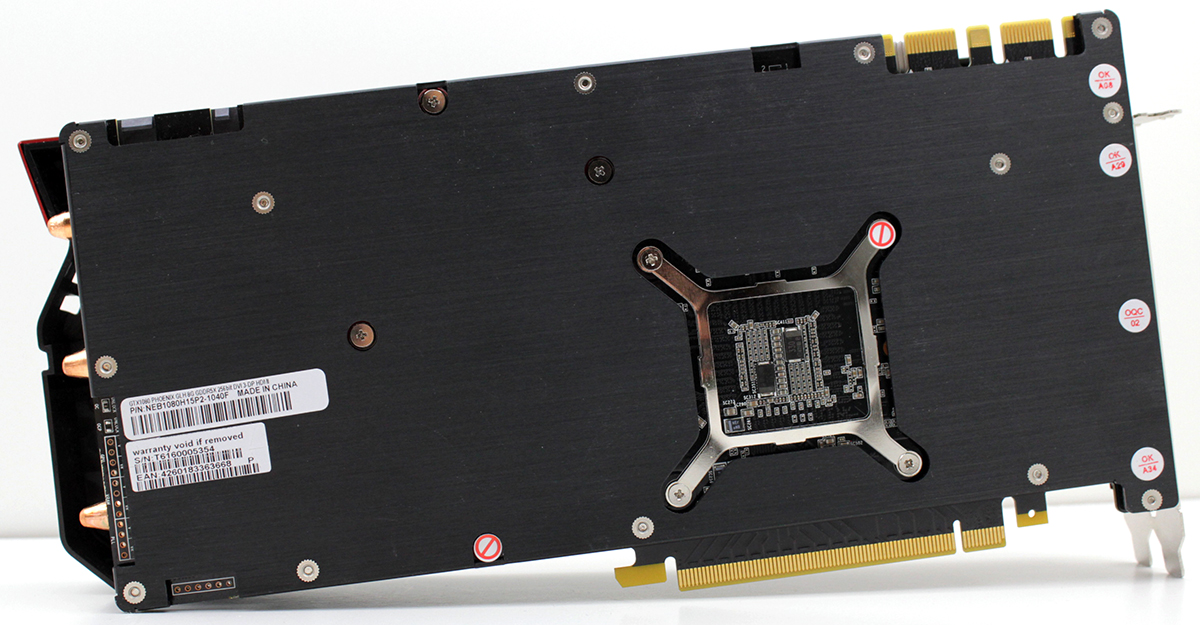 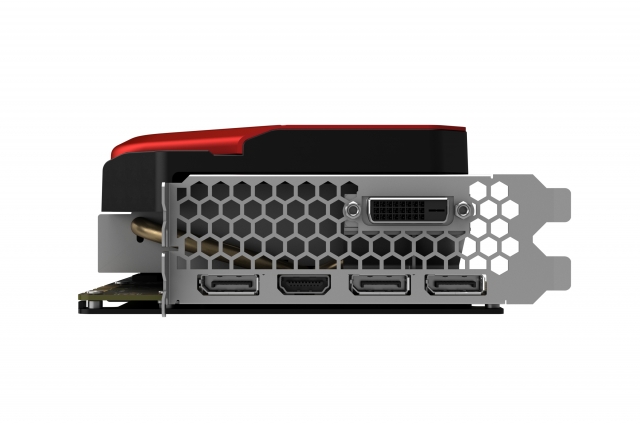 The shroud looks nice and finally we have a glowing logo, it seems this as an important feature for some users. 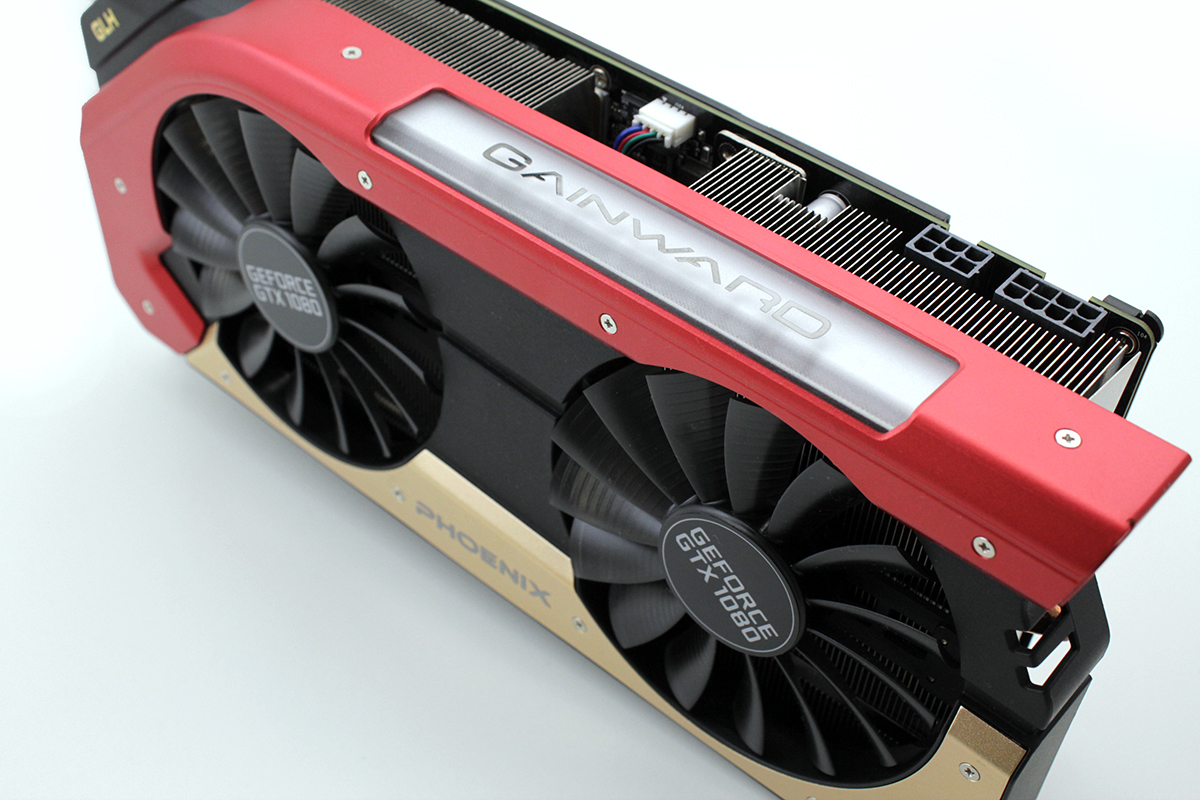 The shroud is made of plastic with anodized aluminium trimmings, otherwise it would be too heavy. It is open on all sides and the openings serve as exhaust vents. 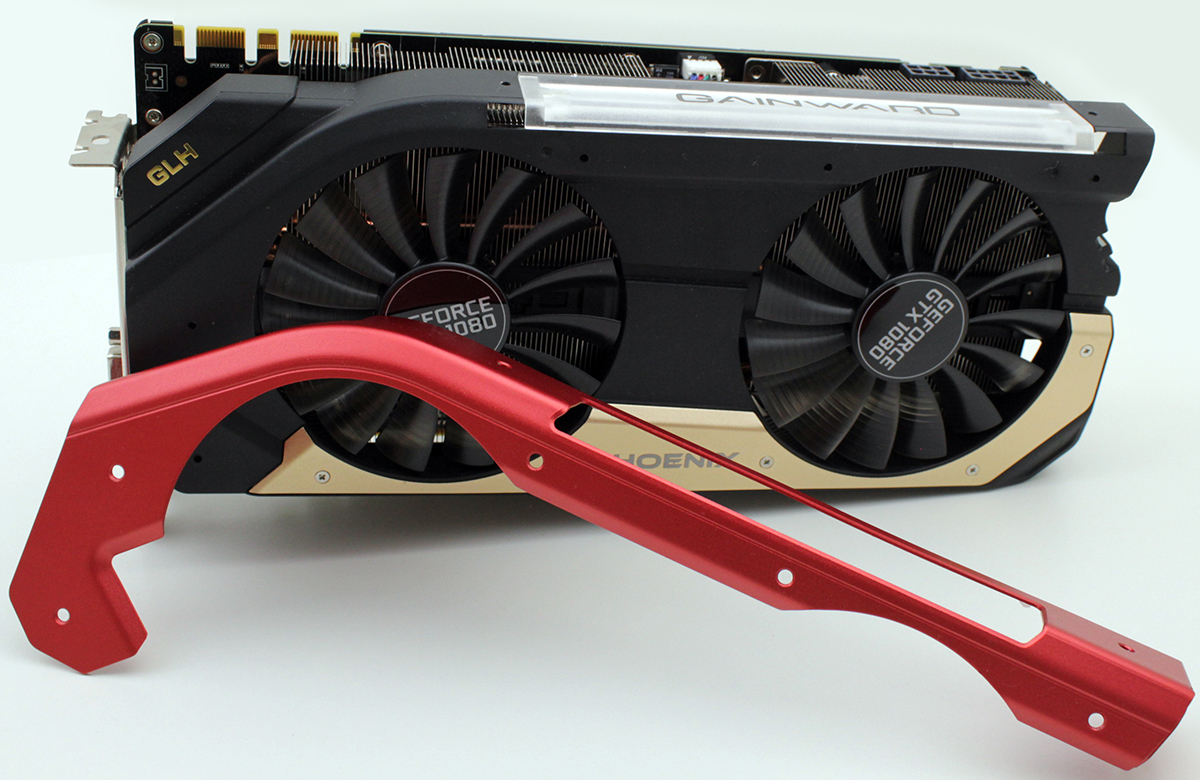 We always advise users to clean the heatsink regularly. It’s good for the card and it also helps keep fan RPMs as low as possible, but cleaning the heatsink can become cumbersome on some cards, as it is a case with the GTX 1080 Phantom. Unfortunately, accessing the heatsink is not easy. You cannot remove the shroud simply by undoing some screws, the entire cooler has to be removed. Note that removing the whole heatsink will void warranty. 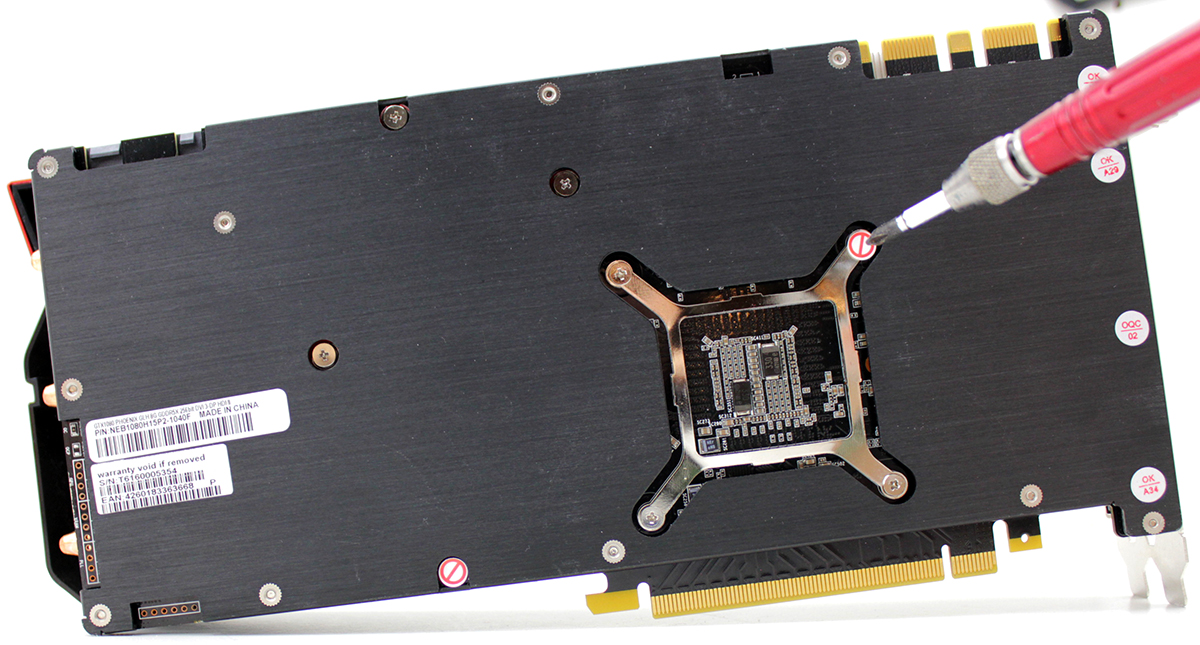 The new Phoenix cooler uses two 10cm fans and both fans are connected using a single 4-pin connector. Fan RPM can be regulated via different tools, like Gainward’s own EXPERTool. 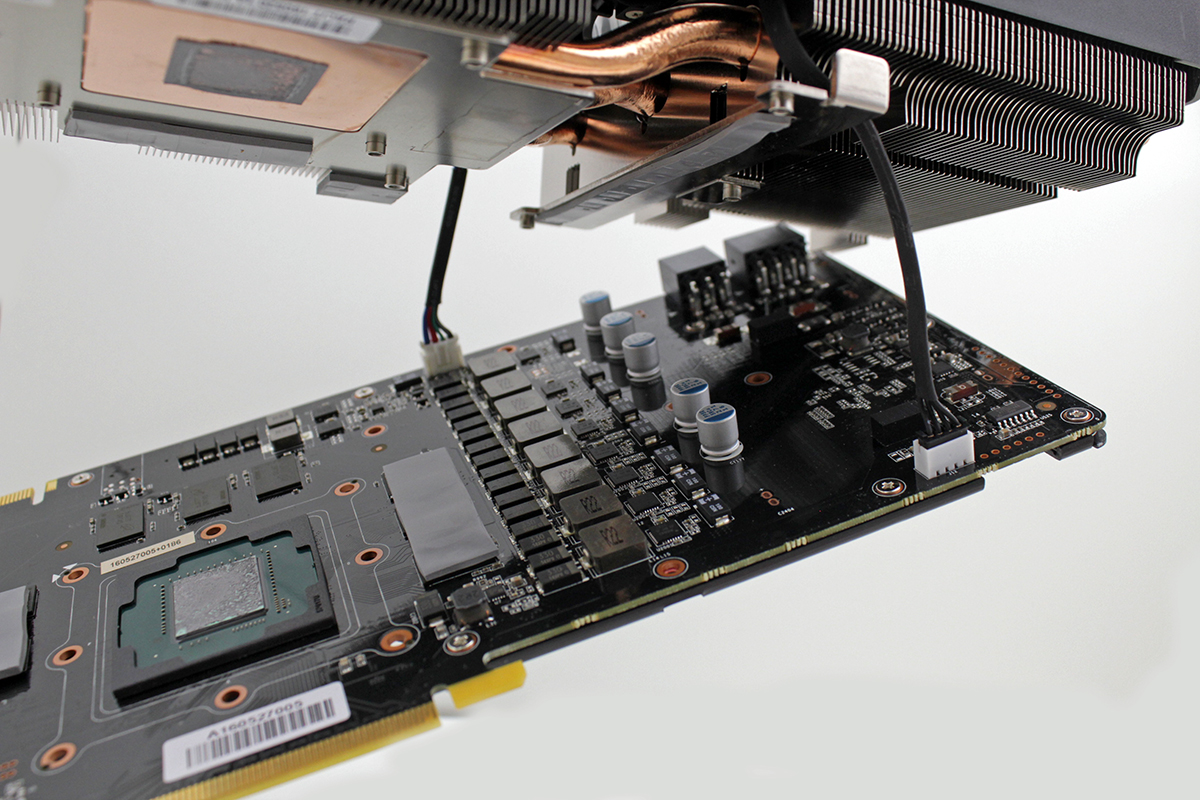 The LED on the top requires its own power connector.

As already said the PCB is 2cm taller than a reference one. This creates enough space to use two huge heatsinks which are connected using three 8mm heatpipes.

Everything feels solid and precise. 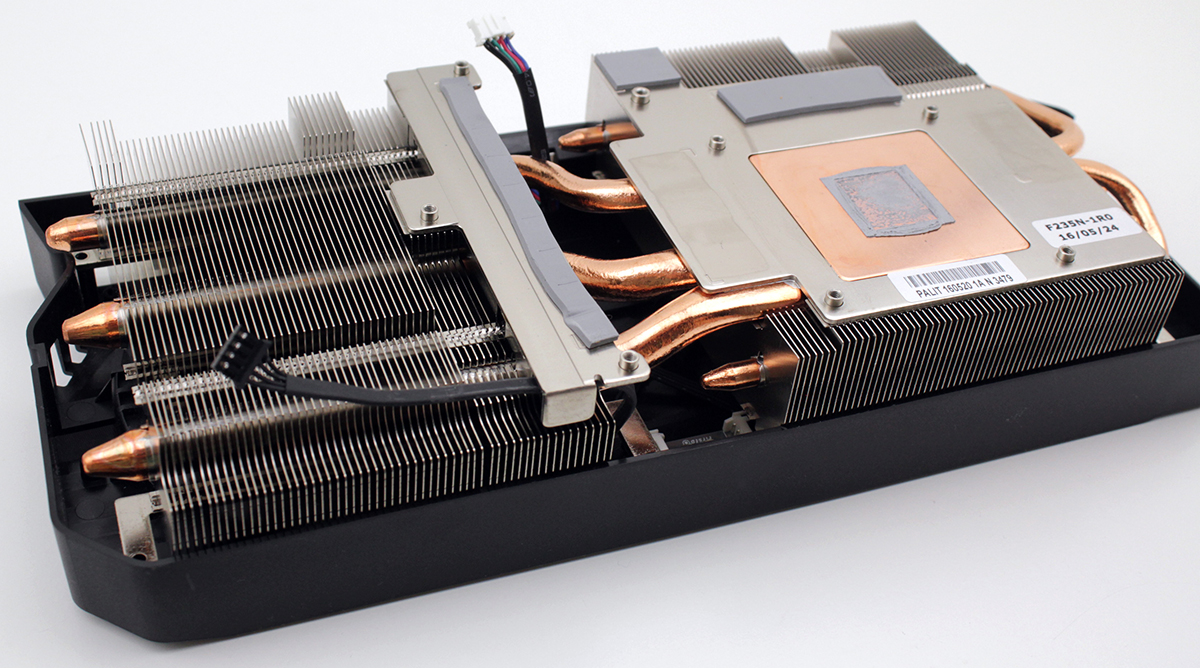 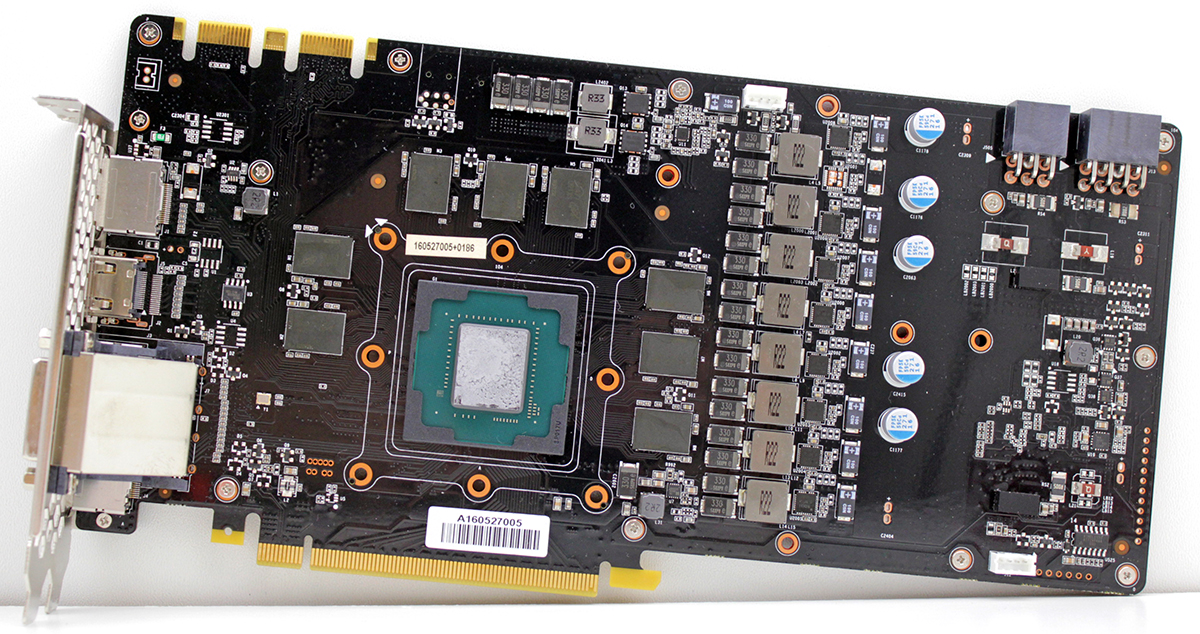 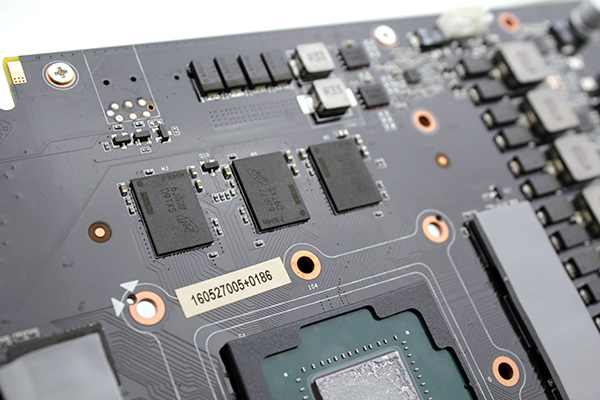 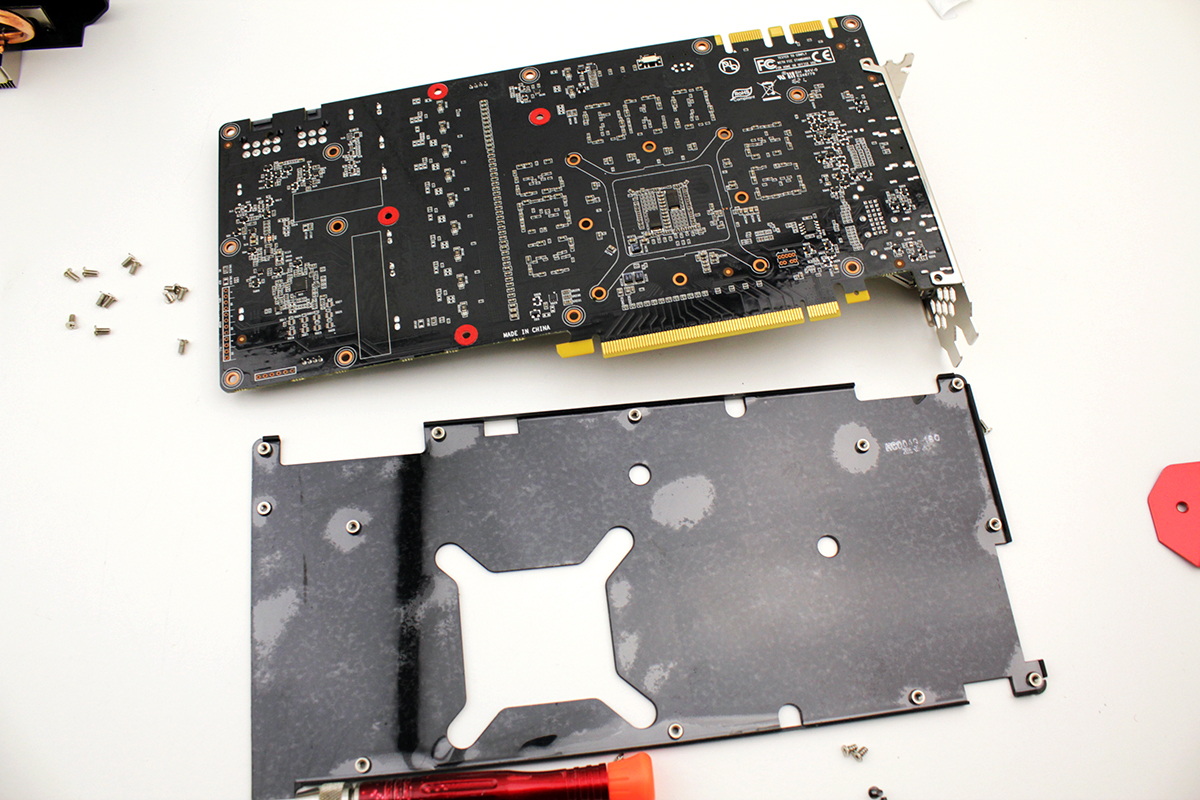 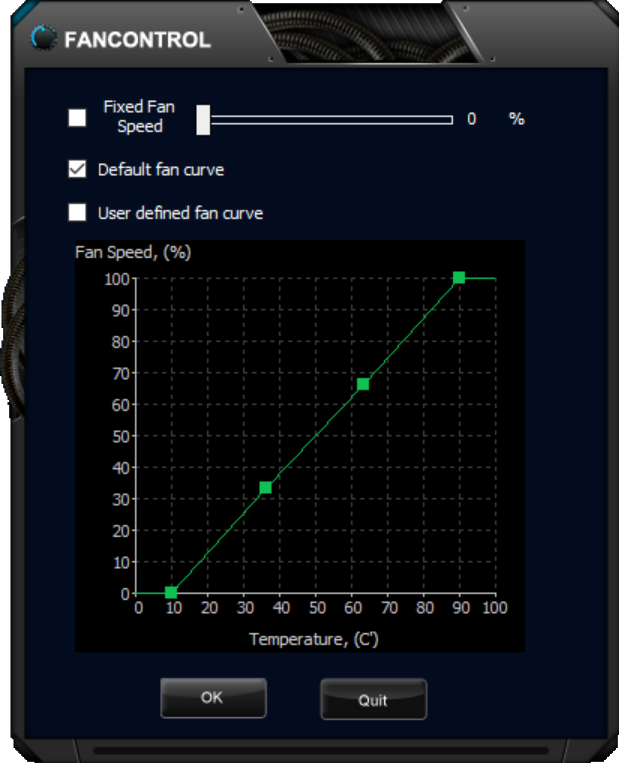 The GTX 1080 is Nvidia’s new flagship graphics card, and it is already established as one of the the best gaming graphics cards ever. Even at reference speeds, the GTX 1080 manages to be faster in games than GTX Titan X. Gainward GTX 1080 Phoenix Goes Like Hell comes with a nice 140MHz GPU overclock which translates to about 34 per cent performance increase over GTX Titan X.

The GTX 1080 Phoenix Goes Like Hell card is unfortunately unavailable, however it is listed for €750 which is only slightly above the price which is asked for the GTX 1080 Founders Edition.

Gainward went with a new cooler design which was good. The Phoenix cooler keeps the card quiet even during long gaming sessions. The card is factory overclocked but this does not mean the fun stops there. We raised the GPU clock by additional 120MHz and the fans were still quiet.

Gainward GTX 1080 Phoenix Goes Like Hell is faster than GTX Titan X but is considerably cheaper. Until recently is was impossible to play games smoothly at 4K resolution, but with the last generation of the high end cards, including GTX 1080 Phoenix card we can.

The GTX 1080 Phoenix Goes Like Hell is the right card to experience a whole new class of the performance enhanced gaming environment. The user can freely experiment with all the new Nvidia features, and we believe it has enough under the hood to drive whatever comes next.

Last modified on 24 June 2016
Rate this item
(60 votes)
Tagged under
More in this category: « Nvidia GTX 1080 fulfills almost all of our expectations EVGA GTX 1080 FTW reviewed »
back to top