Club3D GTX 560 CoolStream Edition is 21cm long, just like most other GTX 560 cards. It sports a high performance CoolStream series cooler with a large heatsink and two heatpipes. 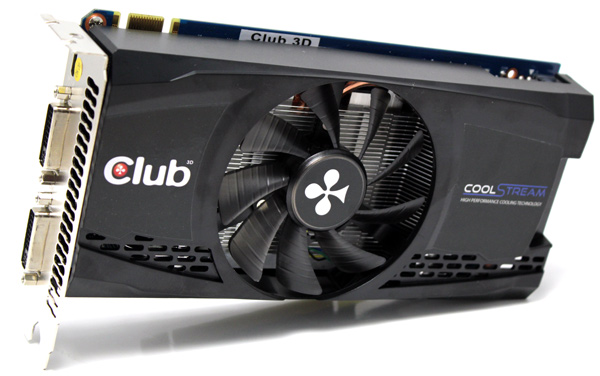 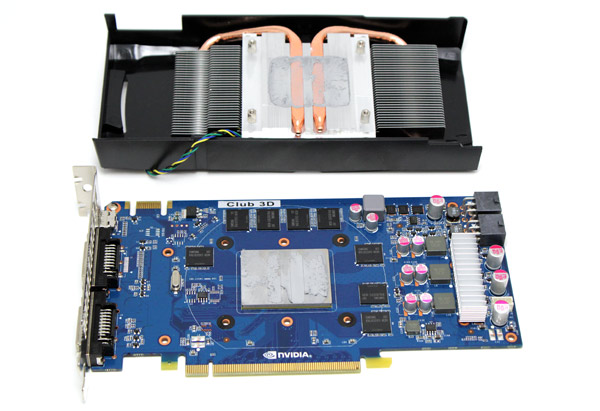 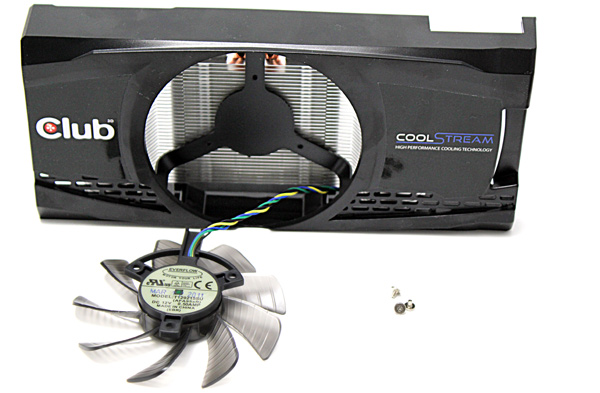 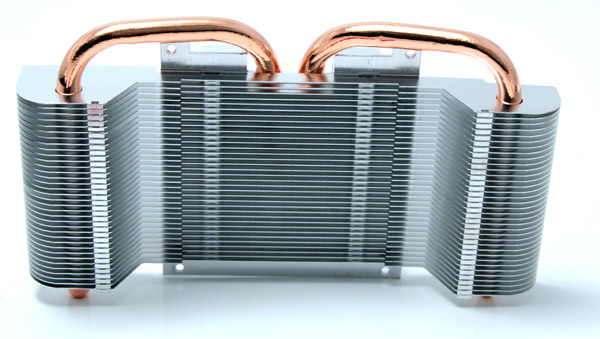 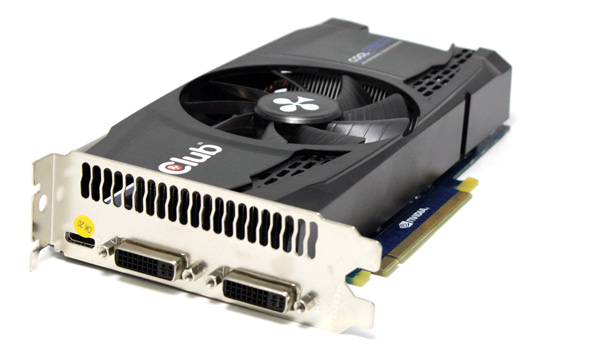 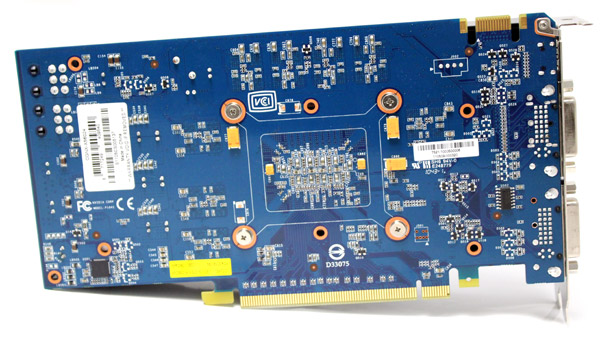