We recently got confirmation that AMD is making a new faster iteration of the GCN Hawaii architecture, which will be replaced by a new series next year.

People tend to call the first part Fiji, but our industry sources said that AMD's next generation graphics, slated to launch in the summer of 2015, is codenamed Caribbean Islands. Keen observers may notice that AMD already named some of its GPUs after Caribbean Islands.

The Northern Islands architecture, launched in 2011 already used Turks and Caicos as codenames for the Radeon HD 6570 and Radeon HD 6450 respectively, as well as Cayman XT for Radeon HD 6970 and Antilles XT for the flagship Radeon HD 6990. The timeframe for the launch is not very accurate and we can't pinpoint it, so we are looking at a June to August launch window. That is the best range we can guess. 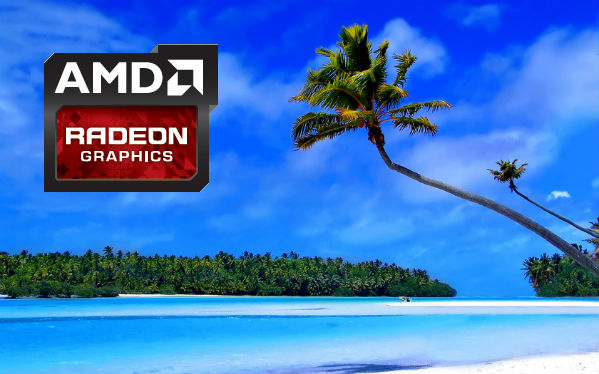 Our sources are never wrong about these things, so we are very confident that this is the official codename. AMD might actually confirm this at its February investor relations conference. It also shared the news with some of its partners. We won't go into details and speculate whether this is a planar 20nm or even 16 FinFET generation, as we simply don’t know at this time. We are sure speculation will be rampant and we will find out sooner or later.

These cards are meant to take on Nvidia's Maxwell architecture and we hope that they will do a good job of it. One can only hope that if Radeon HD 290X, codenamed Hawaii, was launched at Hawaii, that the Caribbean Islands series launch might take place in the Caribbean. There are plenty of resorts to choose from.

Last modified on 05 December 2014
Rate this item
(2 votes)
Tagged under
More in this category: « State of mobile SoC graphics in late 2014 Two new Dell UHD monitors coming in Europe »
back to top