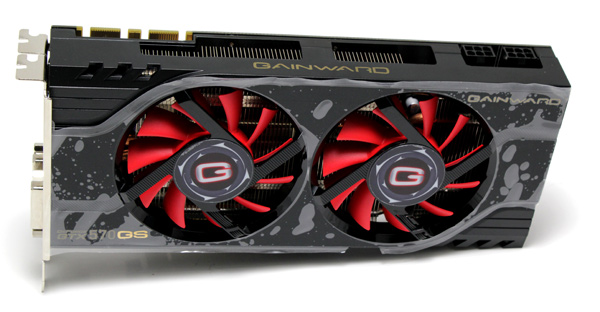 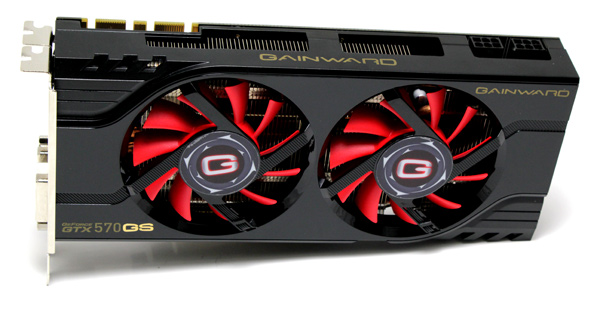 We noticed that compared to the GTX 570 GS GLH (Launched in December 2010), the GTX 570 GS’ cooling has many more air outlets on the hood, which improves airflow through the heatsink. Nvidia Geforce GTX 570’s reference cooling pushes most of the hot air outside the case, whereas Gainward’s card leaves it inside. However, good news is that Gainward’s cooling is more efficient and the GPU heats up less. 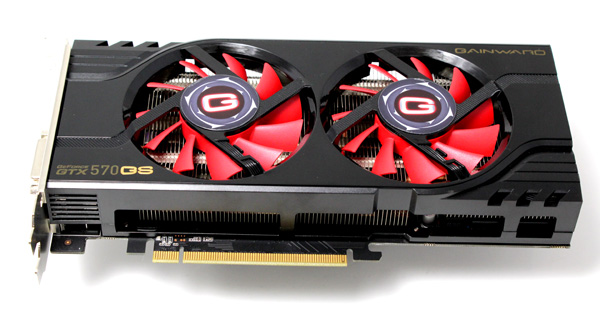 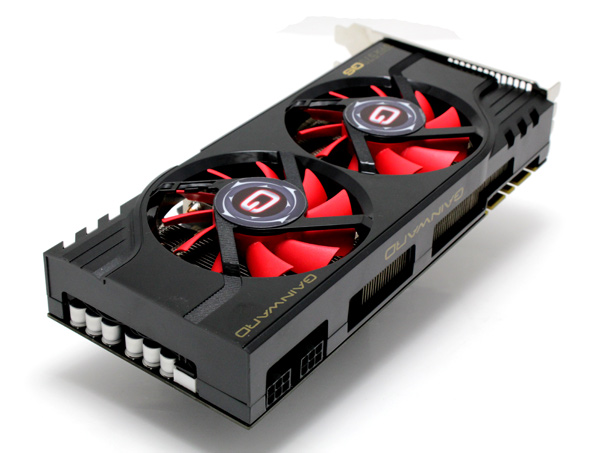 Gainward used Samsung GDDR5 memory (1280MB), model K4G10325FE-HC04, which is rated at 1250MHz (5000MHz GDDR5 effecitvely). Note that the card’s cooling is designed in a way where it cools the GPU, power components and memory chips. 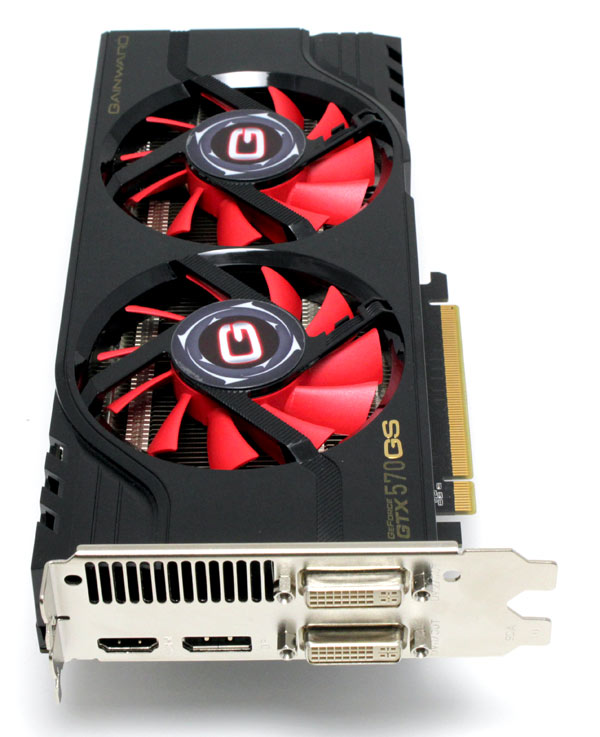 GTX 570 GS has two dual-link DVIs, one HDMI and one DisplayPort. In comparison, reference cards come with two dual-link DVIs and a mini-HDMI. However, Nvidia’s architecture enables for using only two outs at the same time, regardless of Gainward’s efforts. This means that if you want more than two monitors – you’ll have to shell out for another card.

It’s well worth noting that the new Nvidia cards don’t require hassle around HDMI audio, i.e. you won’t need to connect SPDIF cables to your motherboard’s/soundcard’s SPDIF out. Nvidia used HDMI 1.4a interface.

Just like all high-end cards, Gainward’s GTX 570 GS allows for chaining up one or two more Geforce GTX 570 cards, in order to get more performance or have more than two displays (e.g. for 3D Stereo Vision). 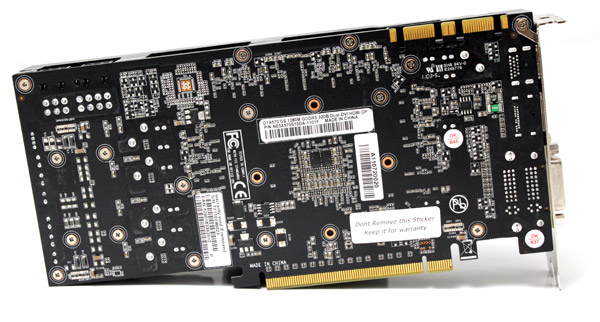 « Prev Next »
Last modified on 12 May 2012
Rate this item
(2 votes)
Tagged under
More in this category: « Cooler Master USNA 120 tested BitFenix Survivor computer case tested »
back to top