Review: It really does go like hell
Today we’ll talk about Gainward‘s GTX 570 Golden Sample Goes Like Hell, one of the few top cards in 2010.

The graphics card is based on Nvidia Fermi architecture, meaning the GF110 chip which is Nvidia’s most advanced graphics chip to date. GTX 570 offers plenty of performance in the high-end segment and the only faster card is the GTX 580, which is again based on the GF110. The opposing red camp offers the new HD 6970, which is comparable to reference GTX 570 cards.

Of course we can’t forget the retired GTX 480, which was the fastest Nvidia’s single-GPU in the last generation, but the GTX 570 sent it to an early retirement. Both cards feature similar gaming performance, but the GTX 570 comes with more efficient GPU and superior thermals.

Anyone familiar with Gainward knows by now that Goes Like Hell is a synonym for speed. Apart from the factory overclock, GTX 570 GS GLH boasts special twin-fan cooling and great video-output panel setup. 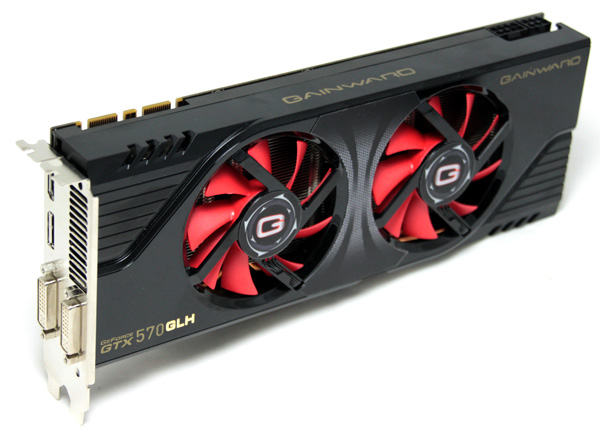 We’ll briefly cover main differences between the GTX 580 and GTX 570, two of Nvidia’s fastest cards. The GPUZ snapshot you see below shows that GTX 570 comes with 480 shaders. Since one SM (Streaming Multiprocessor) comes with 32 shaders, this means that one SM has been disabled when compared to the GTX 580. The GTX 580 comes with all SMs enabled, i.e. 512 shaders.

It is easy to conclude that the GTX 580 is superior to the GTX 570, but since Gainward GTX 570 GS GLH is overclocked, let us wait and see how it fares.

Prev Next »
Last modified on 22 September 2011
Rate this item
(50 votes)
Tagged under
More in this category: « First glimpse of EVGA GTX 570 Superclocked BitFenix Colossus computer case tested »
back to top