Preview: 65MHz factory overclock
Two days ago Nvidia launched the GTX 570, the second addition to the Geforce 500 series. Since Nvidia gave its partners a green light for overclocking, the day of the launch saw many factory overclocked cards. One of the fastest so far is the EVGA GTX 570 Superclocked, which boasts a 797MHz GPU. This means that EVGA pushed the GPU by 65MHz. 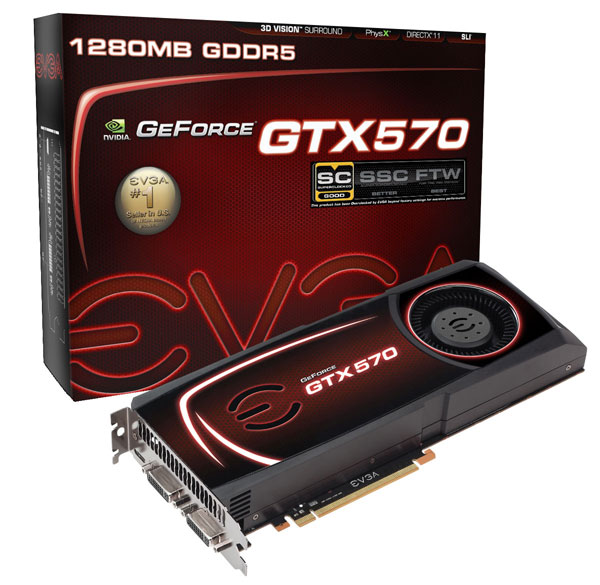 As is usual for EVGA, Superclocked comes with reference Nvidia cooler. Thankfully, Nvidia did a great job this time around and managed to implement vapor chamber tech resulting in really good performance. Intensive operation won’t see EVGA GTX 570 SC‘s temperatures exceed 86°C, and while we didn’t consider the fan to bee too loud, it was clearly audible. Note however that we were pretty satisfied with noise levels, especially when compared to the GTX 480.

The GTX 570 Superclocked‘s performance is great. Thanks to the factory overclock, this card is faster than the GTX 480. 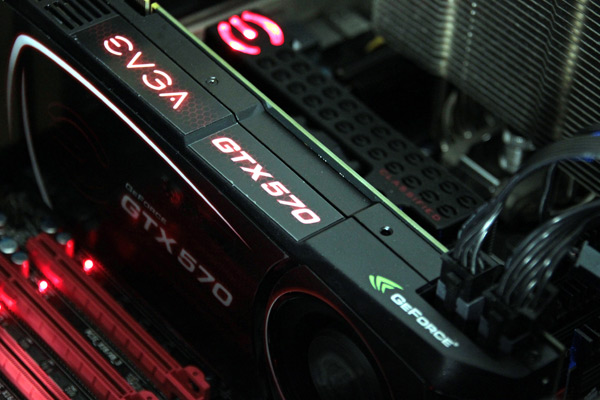 Although the GTX 570 Superclocked is overclocked already, there’s still room for further overclocking. Note however that this is only possible if you decide to increase the core voltage, as default 987mV wouldn’t allow the GPU to exceed 810MHz.


Apart from the Superclocked version, EVGA launched the plain GTX 570 at reference clocks. Both cards will be bundled with EVGA's Precision OC software with GTX 570 skin, free limited edition EVGA gaming poster and 3DMark 11.The EVGA GTX 570 Superclocked card is curently listed with a lowest price set at €370, here.

Here are some preliminary results – stay tuned as the full review will follow soon. 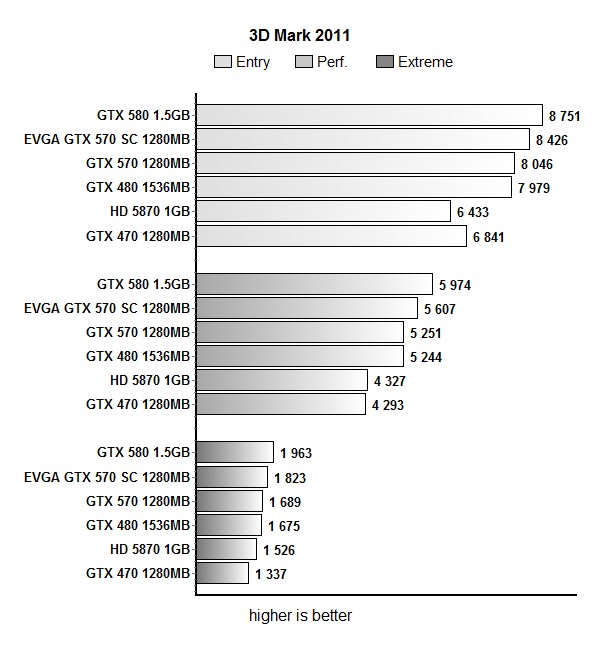 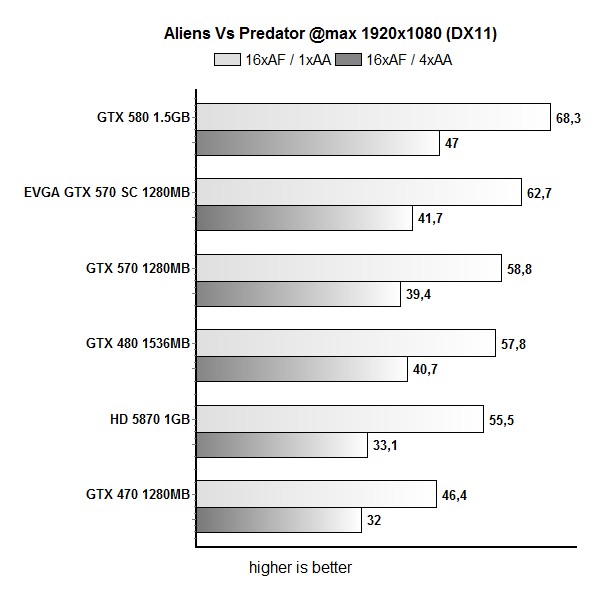