Of course, many will want to know about GPU temperatures, as this hasn’t quite been the selling point of GTX 480 cards. Our today’s card however, comes with water cooling, which promises to change that. The water cooling system included a PPS Plus 12V Pump (Innovatek / Eheim) and a radiator with three silent Ebm-Papst 4412 F/2GL fans. 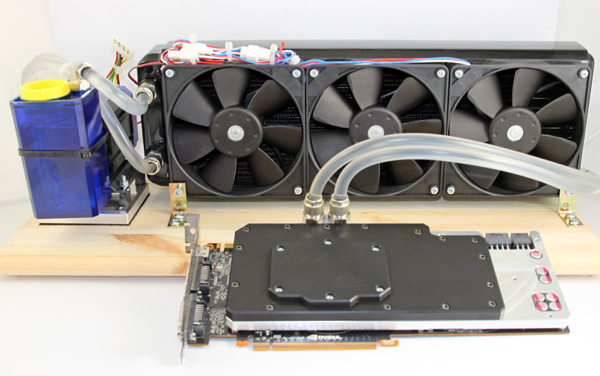 Power consumption and performance-per-watt ratio on GTX 480 cards have received more than enough criticism and the following table shows exactly why. It’s perfectly normal and expected for an overclocked GTX 480 Beast to draw more power than the reference GTX 480, although we must admit we’re still hoping that Nvidia’s next generation high end cards will draw less power. 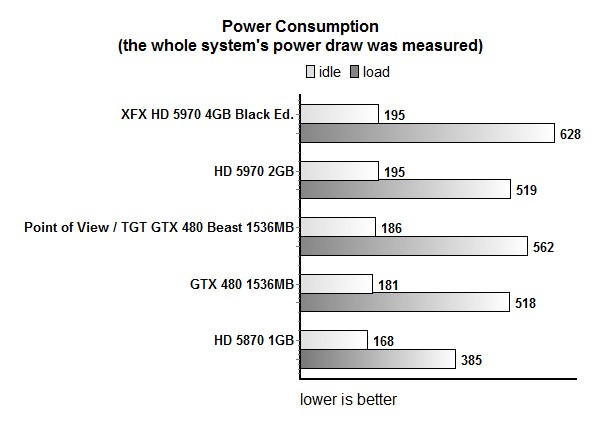 We used default voltages during our testing, which on the GTX 480 Beast’s GPU were at 1100mV. 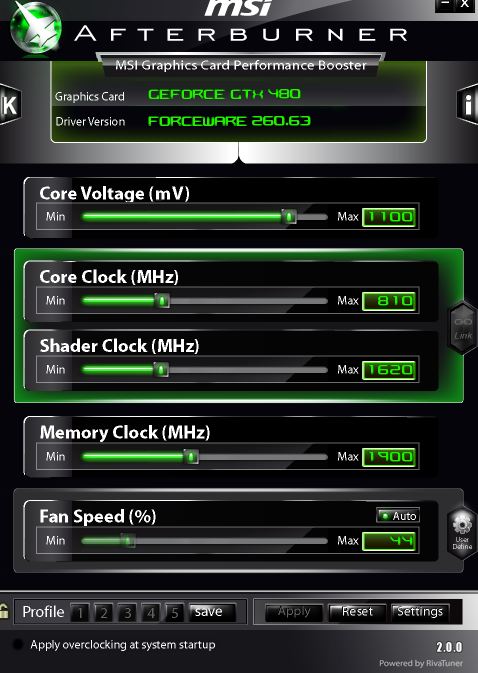 The following photo shows GPU temperatures during FurMark testing. Note that this is the worst case scenario solely for testing purposes, and you’re not likely to replicate this in everyday work. 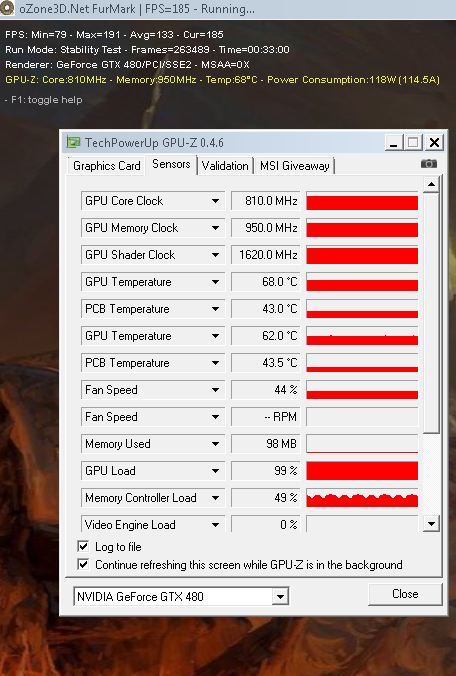 The GTX 480 Beast ran stable at 880MHz GPU and 4300MHz memory, and all that without meddling with voltages. 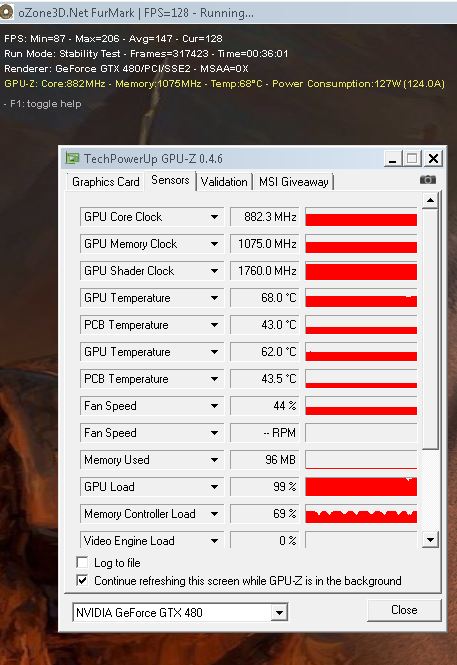 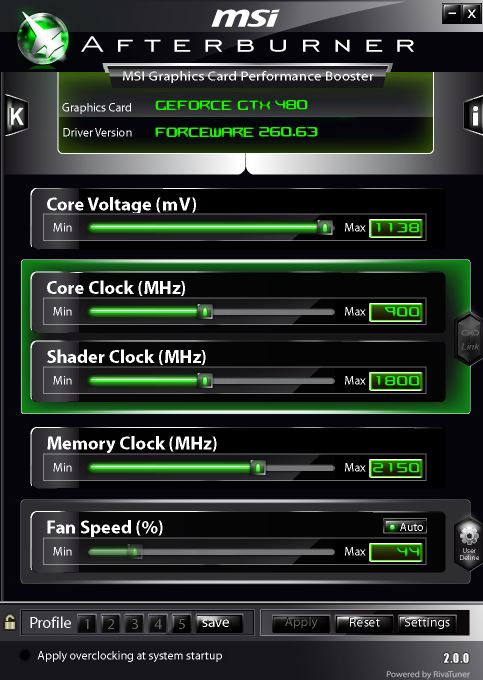