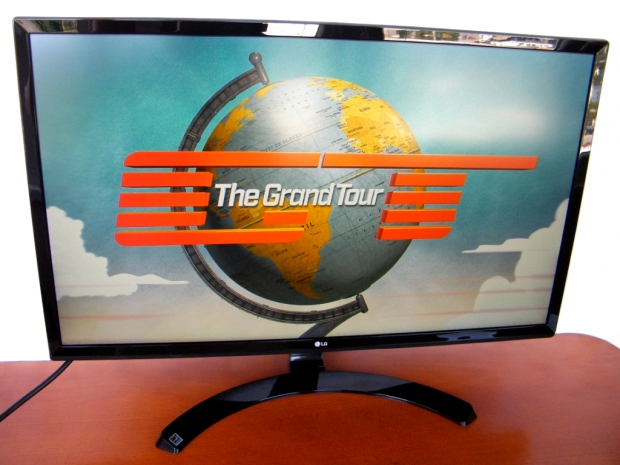 Review: Decent IPS monitor that will not break the bank

There are plenty of 4K/UHD monitors on the market and while gaming-oriented ones still carry a high price tag, you can still find a decent 3840x2160 resolution monitor without hurting your wallet. Coming with an AH-IPS panel, the LG 27UD58-B proves to be quite a surprise considering its price tag hits $350/€250.

The box of the LG 27UD58-B is quite simple and quite small for the size of the monitor, but it was well protected and it included all the usual goodies, including the stand, documentation, driver CD, power cable, HDMI cable, and a DisplayPort cable. 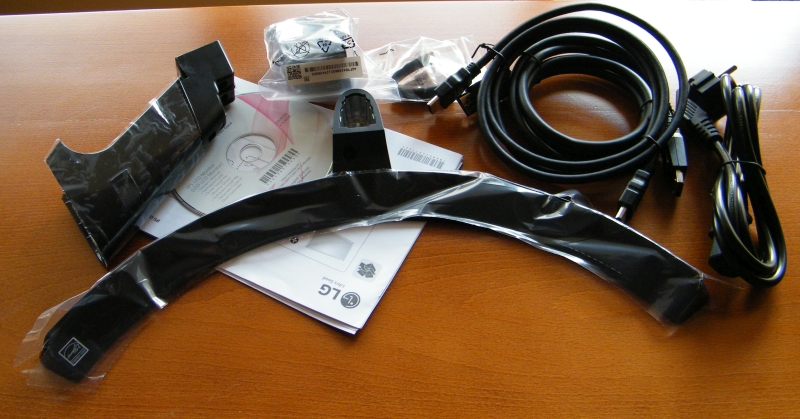 Design-wise, the LG 27UD58-B is quite simple and comes with standard thick bezels (no fancy slim bezel design), which we tend to like a bit more than what we see today. It measures  633x376x61mm and goes up to 633x464x202 when you add the stand.

The build quality is decent and the simple stand feels stable, but the downside is that it is an all glossy design which is a fingerprint and dust magnet, and the stand only offers tilt adjustments, from -20 to 5 degrees. 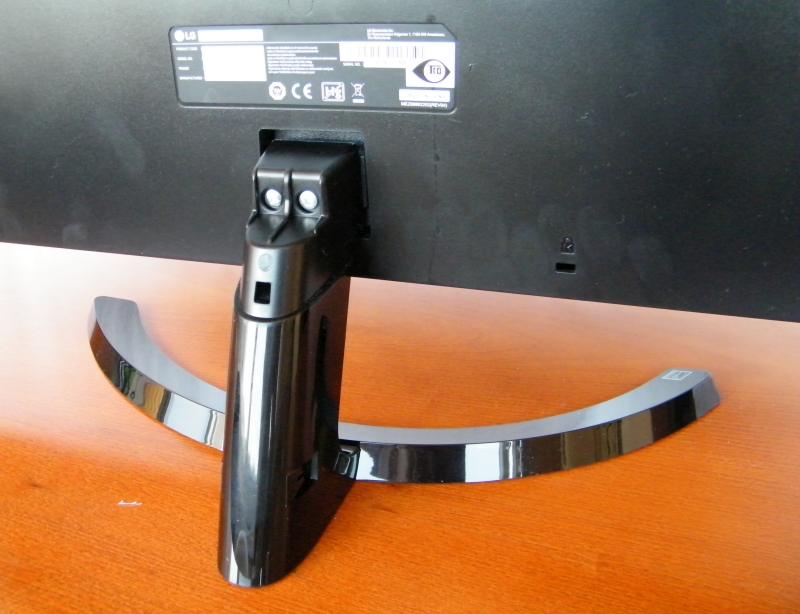 The back of the monitor is plain and simple and you get a place to tidy up the cables if you use the stand, support for standard 100x100 VESA mount, and two HDMI 1.2 2.0, one DisplayPort 1.2 and a headphone jack. 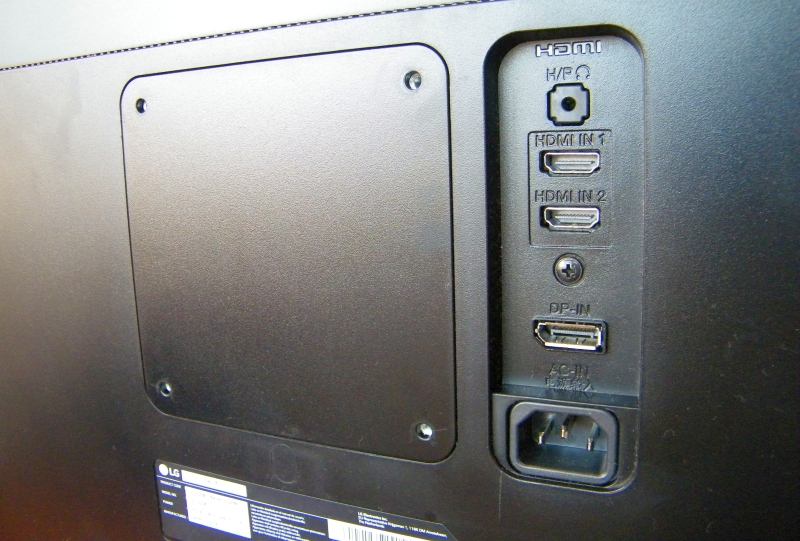 It is also important to note that LG managed to integrate the power supply in a rather slim chassis, which, although it lowers its repairability score, means you won't have a power supply brick to take up space.

As noted, the front is clean with a tiny LED light below the LG logo, which can be disabled in the settings. 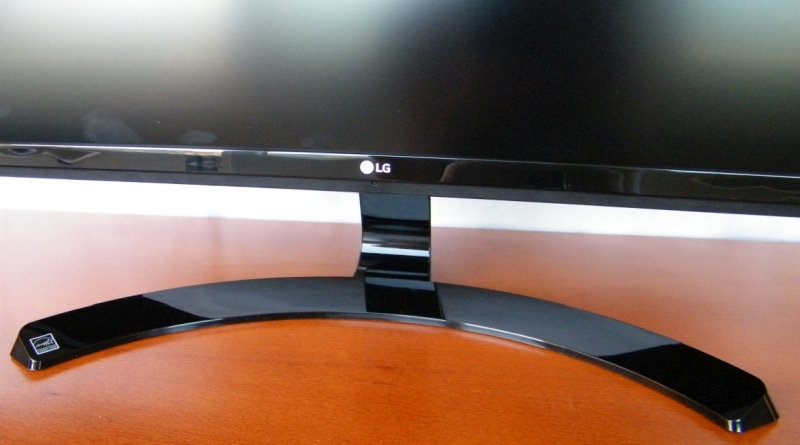 As we said, we tend to like the standard bezel design, as most monitors that advertise a 3-side slim bezel, still have a black border as the panel starts a few mm from the edge, so basically, it only looks good when the monitor is not working.

On the LG 27UD58-B, the screen starts almost at the bezel, giving it a more clean look. 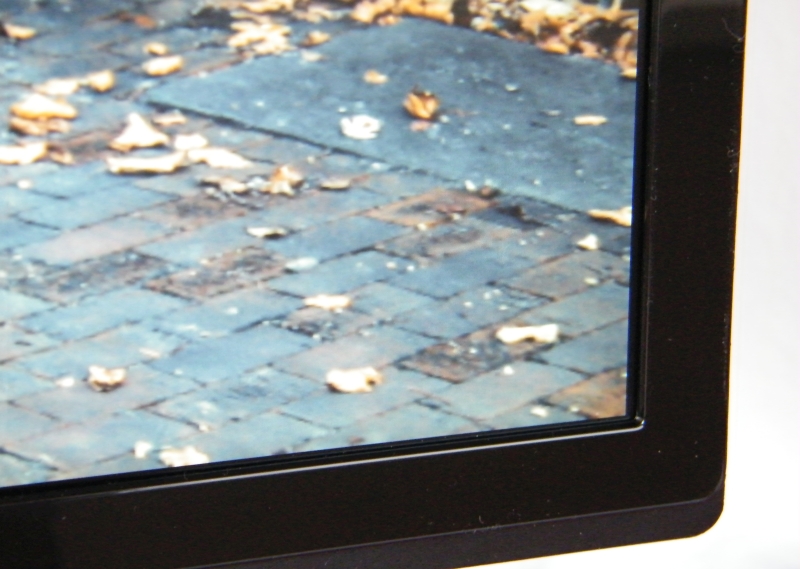 Specification-wise, you get a 27-inch screen space with AH-IPS panel with 10-bit color (8-bit+FRC) and 4K/UHD 3840x2160 resolution, leaving it with a rather high 163ppi of pixel density. Of course, at 27-inch of screen space, you'll still need at least 150-percent scale to be able to read text on it.

The rest of the panel specifications include 250-nit of maximum brightness, 9ms input lag, a 5ms minimum response time (GtG), and a refresh rate of 60Hz, but we'll get to that a bit later as it supports AMD FreeSync.

The panel is factory-calibrated, and you get the report inside the box. It covers 99 percent of sRGB color space, and to our big surprise, as well as considering the price, the colors are accurate and vibrant with decent gray and black uniformity, almost no backlight bleed, and no stuck or dead pixels.

The panel has a light matte finish or an anti-glare coating so minor reflections should not be a problem. 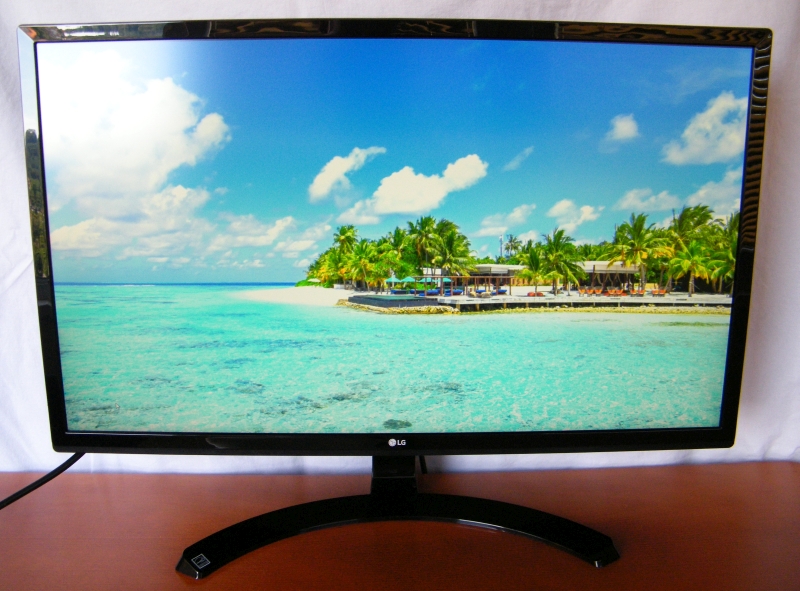 As noted, the panel comes with a 60Hz native refresh rate and offers support for Variable Refresh Rate, or AMD FreeSync, with two modes: Basic, with a narrow range from 48-60Hz, and Extended mode, which pushes the range from 40Hz to 60Hz.

Such a refresh rate range might be low, but considering that 4K/UHD monitors with a higher refresh rate (for ex. 144Hz) sell for well over $1,500, we can't complain about it. While it might not be usable in a lot of situations, it is nice that LG has implemented support for AMD FreeSync.

Bunch of other features and excellent OSD control

LG 27UD58-B also comes with a lot of additional features like the Screen Split 2.0, which allows you to resize and display multiple windows at once with four different picture-in-picture choices, dedicate Game Mode, with three presets (two FPS and one RTS), Black Stabilizer, and Dynamic Action Sync features.

There are two ways to control settings for the monitor on the LG 27UD58-B, via a small joystick located at the bottom, just below the LG logo, or via excellent On-Screen Control software. While the small four-way joystick is excellent with a tactile feel, the software gives you a lot more options and it is easier.

While there might be better 4K/UHD monitors on the market, the LG 27UD58-B comes at an unbeatable price point, offering an excellent picture quality and a simple design, all for $350/€250.

There is also a 24-inch version of the same monitor but 4K/UHD resolution at that screen size is almost unusable in our book.

The LG 27UD58-B is an excellent monitor if you are going for office, multimedia, media creation, and even gaming to some extent. Bear in mind that you'll need some high-end hardware to pull playable fps on 4K/UHD resolution and it is pretty much the RTX 2070 Super for some AAA game titles.

There are a couple of other monitors that come in mind, including LG's own 27UK650-W, which is also an IPS monitor but comes with HDR10 support as well as tilt, height, and pivot adjustments, but it usually sells for around $500, which is somewhat higher than the LG 27UD58-B. Samsung's 28-inch U28E590D comes at the same price point as the 27UD58-B, but this one has a TN panel, which, although having a better response time, simply can't be compared to an IPS panel in terms of color reproduction, viewing angles and other features.

We can easily recommend the LG 27UD58-B as the best 4K/UHD budget monitor on the market, as it has certainly surprised us.

Last modified on 07 August 2019
Rate this item
(3 votes)
Tagged under
More in this category: « Honor 20 Lite: Does it delight? Tronsmart Element Mega SoundPulse Speaker reviewed »
back to top