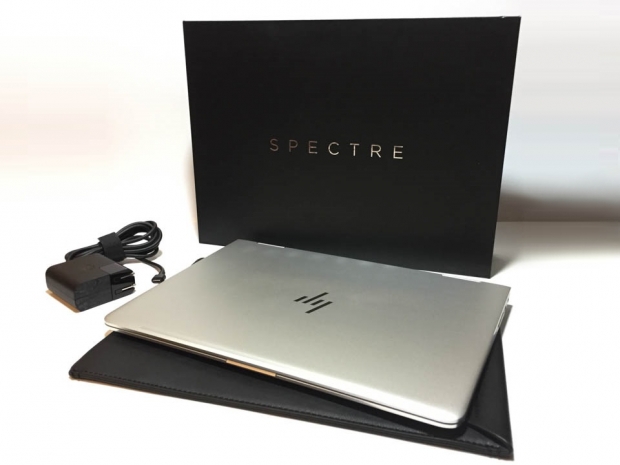 When Intel introduced Kaby Lake processors for notebooks a few months ago, the company's goal was to focus on targeting consumers mostly upgrading 5-year old notebooks, as these would be the people most likely to gain the most performance benefits from an incremental product refinement. Our original ASUS ZenBook UX31E falls into this group, as it was one of the first ultrabooks to be announced during CES 2012. ASUS did an exceptional job delivering a sleek and portable design that has been surprisingly scarcely matched ever since, delivering a 2.87-pound chassis with a 0.7-inch midway height. The processor technology going from a dual-core Sandy Bridge 1.7GHz chip (2.7GHz Turbo) to a dual-core Kaby Lake 1.7GHz chip (2.7GHz Turbo) has been enough to warrant an upgrade with noticeable productivity benefits. From a purely simplistic observation, the biggest advantages of upgrading to a Kaby Lake notebook are the native support for HEVC 4K video playback and output without hiccups, and the noticeably increased power savings.

Still, other consumers may be more dismissive by the lack of a QHD (2560x1440p) or 4K (3840x2160) display option, or the lack of a Microsoft Precision touchpad. Admittedly, we are a bit surprised that HP’s previous Spectre x360 (Skylake) is offered with a 2560x1440 display, while the more compact refresh is only offered in 1080p. Even still, the IPS display does not disappoint on color accuracy or touch responsiveness.

As a 2-in-1 device, the Lenovo Yoga 910 is the nearest alternative to the Spectre x360 refresh with a larger 13.9-inch IPS 1080p / 4K display, and a higher capacity 78Wh battery. The main drawbacks, however, are the slightly larger 0.56-inch profile, lack of Thunderbolt 3 ports, and the inclusion of a rather small right Shift key that may interfere with regular typing patterns. On the other hand, the ability to output simultaneous 4K H.265 video streams using a hybrid notebook device is a rather impressive demonstration of recent technologies. When coupled with the micro-bezel display and 14-hour battery life, the Spectre x360 refresh is a creative alternative to even the Microsoft Surface Pro 4, which only features a single USB 3.0 port and DisplayPort.

Without considering convertible functionality, the device then becomes most similar to the 13.3-inch Dell XPS 9360 refresh ($900) and 12.5-inch Razer Blade Stealth ($999). Both notebooks feature higher display resolutions, along with Thunderbolt 3 ports and weigh a mere 2.89 and 2.84lbs, respectively.

HP has a design win on its hands with this 2-in-1 notebook, and the 13 percent reduction in size along with battery life improvements, native H.264/HEVC video playback, and sub 3-pound weight make it an impressive choice over existing Skylake and Kaby Lake convertibles.

« Prev Next
Last modified on 15 December 2016
Rate this item
(0 votes)
Tagged under
More in this category: « Gargantuan Xiaomi Mi Max Reviewed Xiaomi’s curved Mi Note 2 put to the test »
back to top