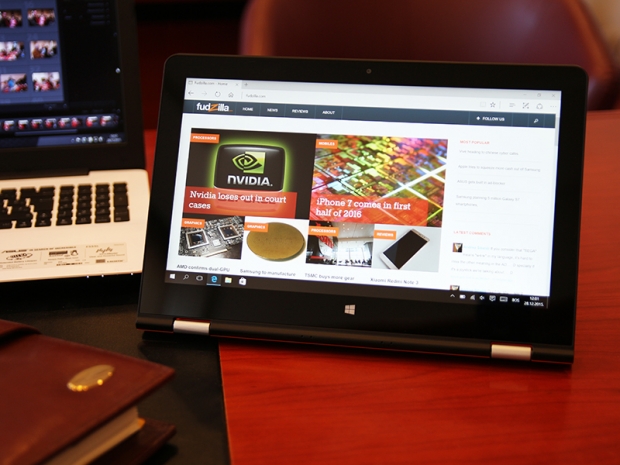 Voyo A1 Plus Ultimate Specs and Performance

Voyo A1 Plus Ultimate is based on a 14nm Cherry Trail Intel Atom x5-Z8300 SoC, so let's check out the full spec:

We monitored the thermals during our benchmarking sessions, and we did not encounter any noticeable throttling. It looks like Voyo did a good job in dealing with the heat from the CPU in this passively cooled device, but the real winner is Intel, with its low TDP 14nm silicon.

The spec sheet reveals where Voyo pinched pennies. The A1 Plus relies on eMMC 4.51 storage, which is slower than eMMC 5.0, let alone proper SSDs used in real ultrabooks. There aren’t that many sensors on board, either. On the whole, the spec is pretty good for the money, and real-life performance is more or less standard for Cherry Trail systems, so we won't get into the details. We already tried out a number of Cherry Trail-based tablets and mini PCs, and the biggest difference over Bay Trail Atoms is the integrated GPU - the Gen 8 unit in Cherry Trail processors significantly more powerful than Bay Trail graphics. 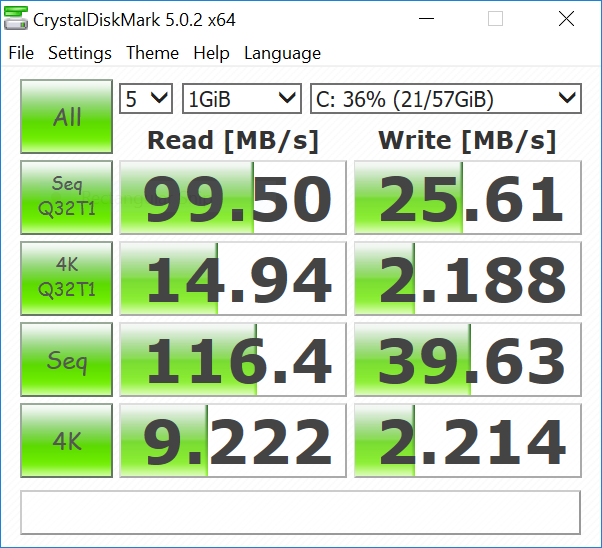 As you can see, the biggest bottleneck is the eMMC 4.51 drive. However, it’s not as bad as it looks.  The device has 4GB of RAM, which helps, and you won’t experience much of a performance penalty in spite of the unimpressive drive (unless you plan to copy thousands of tiny files each day). 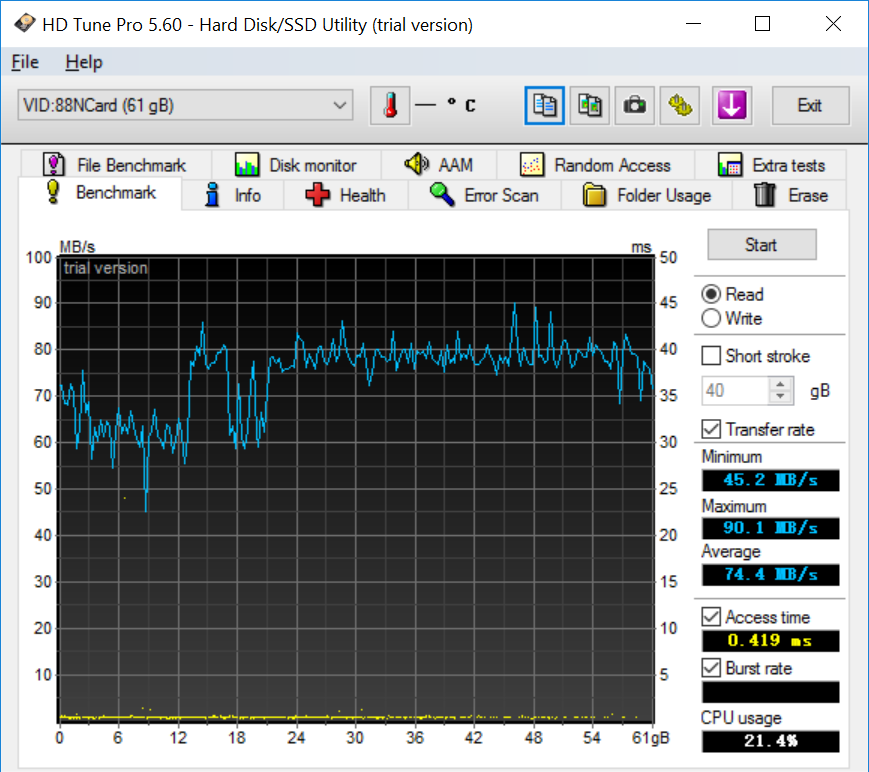 Other than that, this is a fairly powerful device given its price and size. Intel’s new Atoms feature a marginal CPU performance boost over Bay Trail, but they have a significantly more powerful GPU.

In terms of overall CPU and memory performance, the entry-level Atom x5-Z8300 tends to be on a part with the Bay Trai-based Atom Z3736F. However, it's a bit faster in GPU tests and should be more efficient (provided you don't push the GPU too hard). 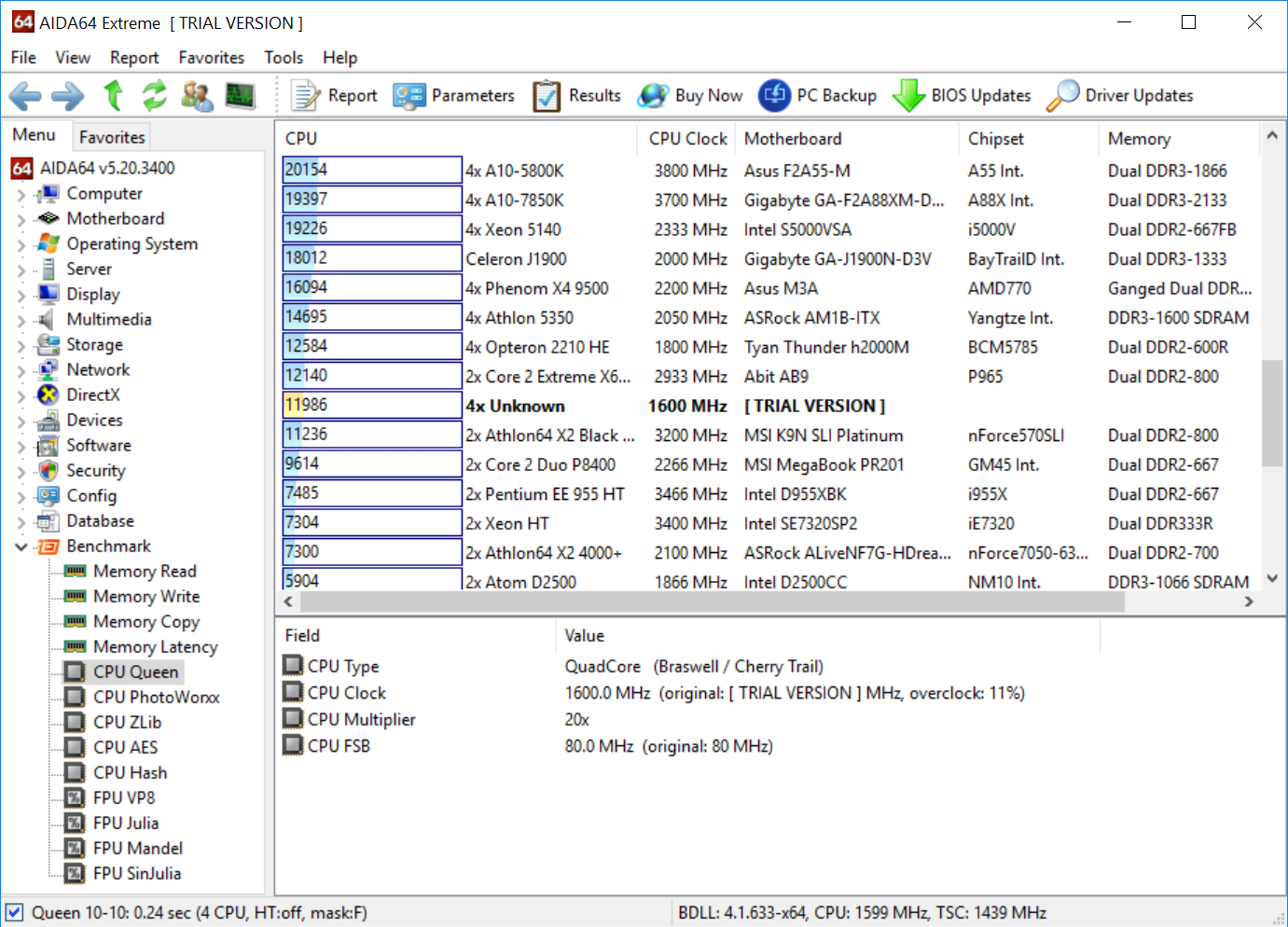 In Cinebench, we can see the Z8300 falls short of the Z8500, which features dual-channel memory and a somewhat more powerful GPU. 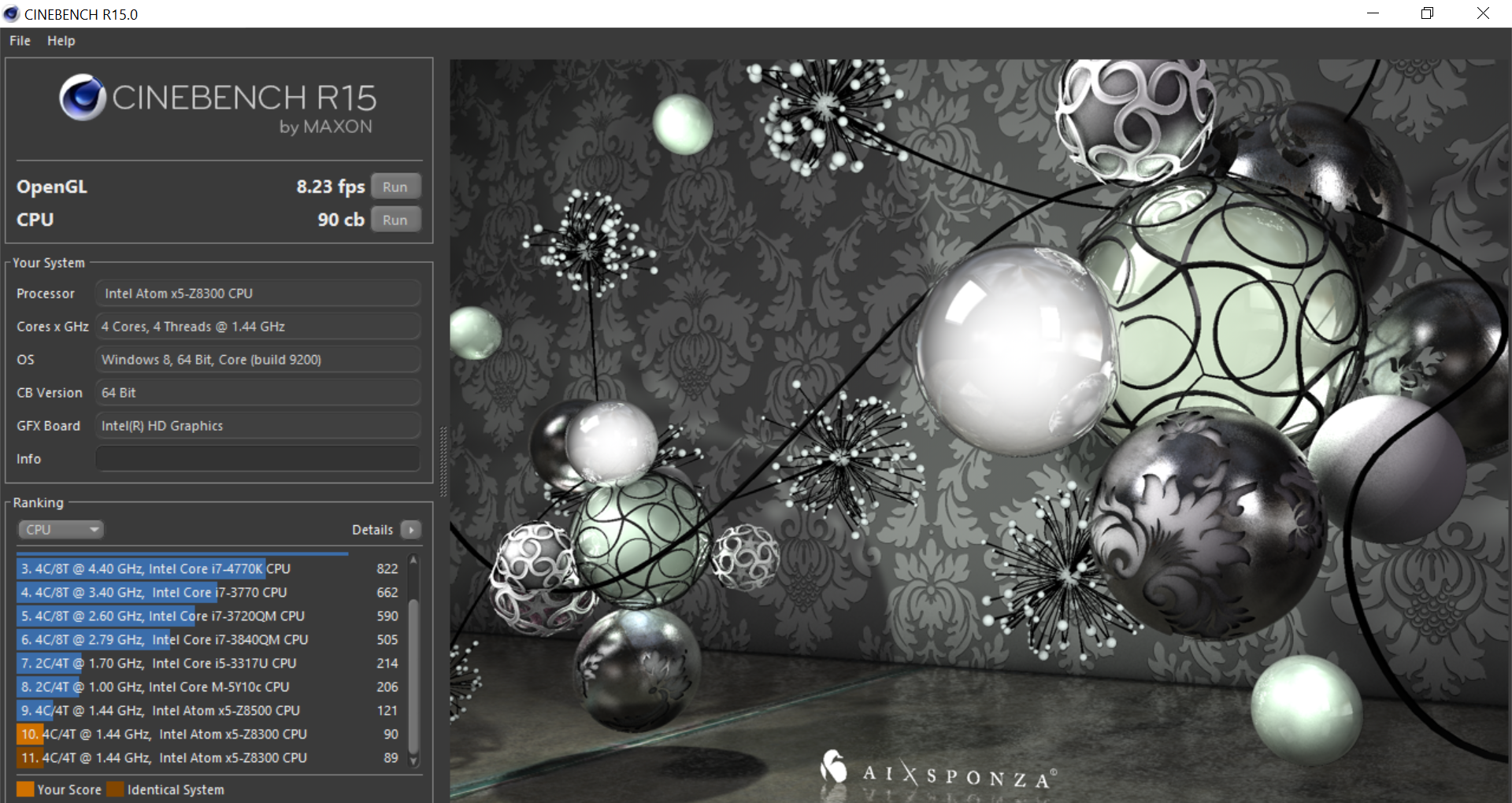 We got a lower than expected score in the OpenGL test, and we suspect the display driver was the culprit. 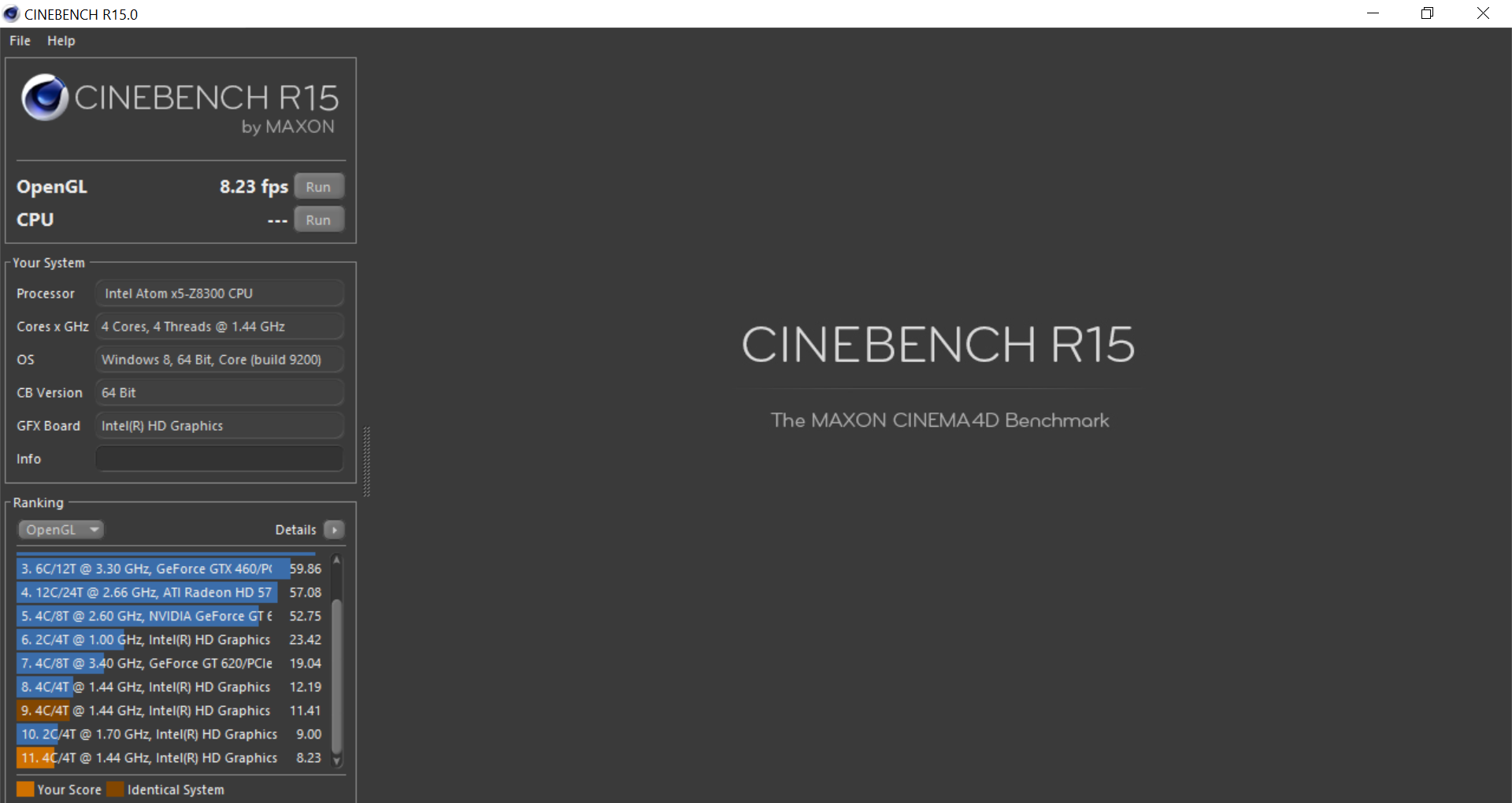 We experienced the same issue in PCMark 8 and 3D Mark, where we ended up with GPU performance that wasn't quite on a par with other Z8300 systems, but the difference wasn't too big and it would be barely noticeable in real life. 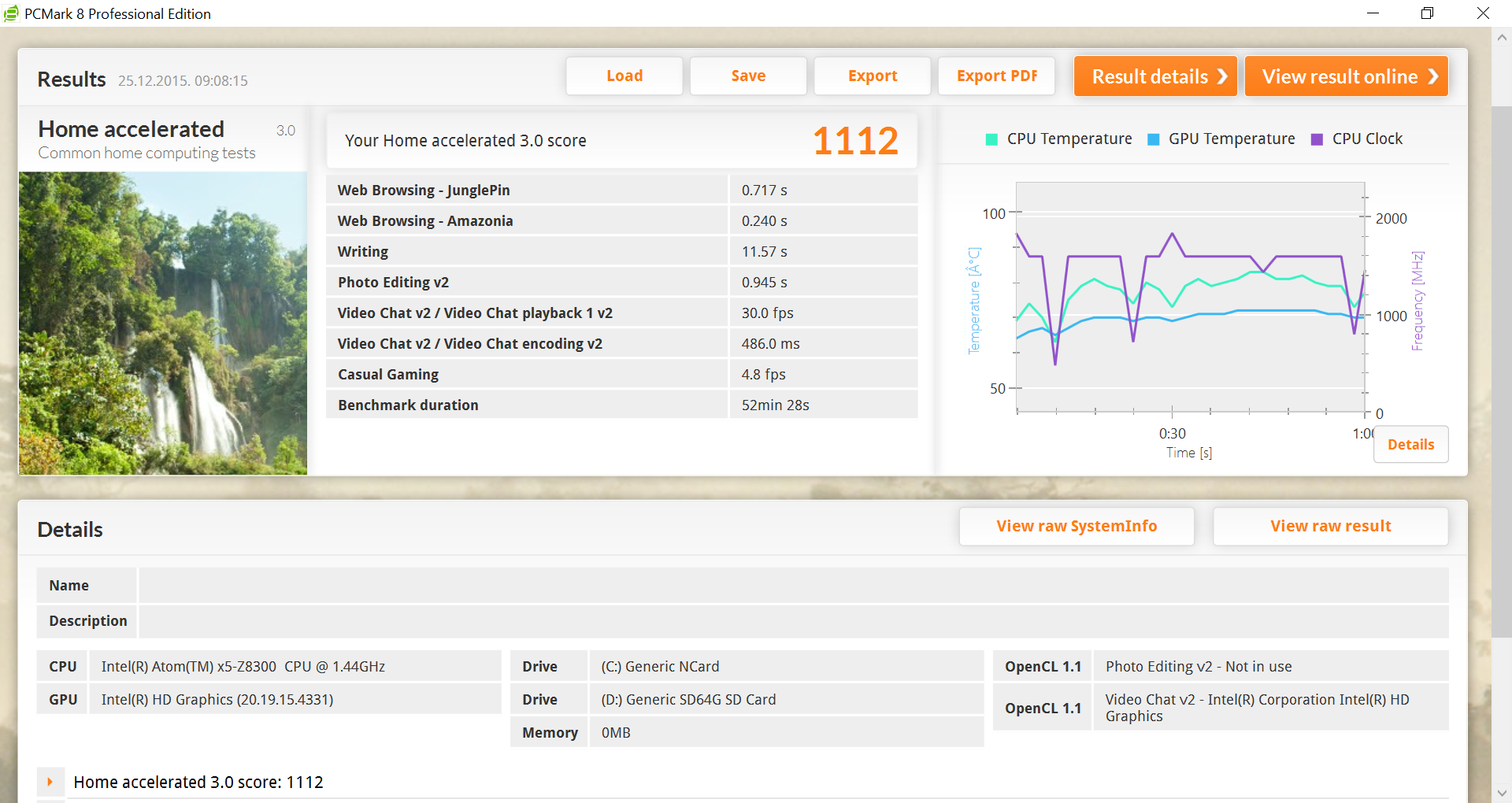 On the whole, Intel's new 14nm Atoms are the best x86 budget platform. We already had a chance to try out Z8300 and Z8500 systems, and we can report they tend to offer much better performance than Bay Trail systems, especially in the GPU department. While they still don't come close to Skylake, these parts are powerful enough for casual users, yet they are incredibly cheap. Starting at about $20 per 1,000 units, Bay Trail Atoms are inexpensive even when you don't factor in Intel "contra revenue" tactics. (You mean monopolistic subsidies? Ed)