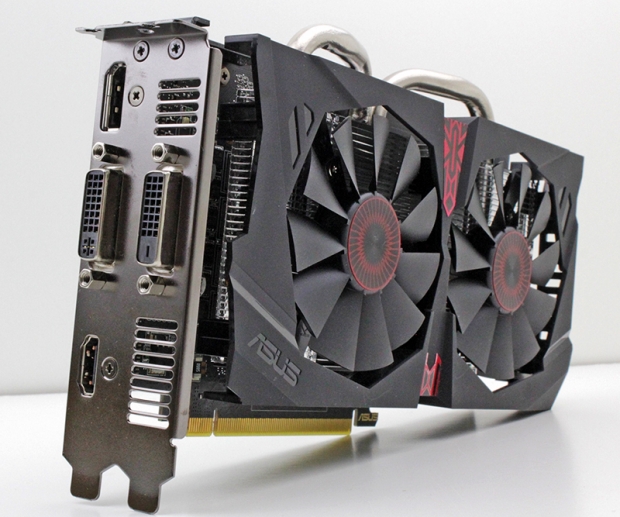 With Geforce GTX 950 graphics card, Nvidia brings the new Maxwell architecture enabled features for gamers on budget. At least we hoped it will be that way. The suggested MSRP including VAT for the GTX 950 is €169 (Germany) while in most other EU countries the prices starts from 179€. This is more than we expected considering the card’s name. Traditionally GTX 750/650/550 series was cheaper, for example the GTX 750 Ti was priced at €140.

The card has power to play many games with high in-game details at 1920x1080 resolution and that is important. You should consider this card if you are upgrading from an older entry level GPU, like GTX 650 for example.

The Geforce GTX 950 will even deliver playable frame rates with 4K DSR when playing MOBA games like League of Legends.

ASUS GTX 950 Strix OC graphics card comes with a good 141MHz factory overclock which translates into upt to 5 per cent  performance bump right out of the box. The Strix cooler is almost inaudible in 3D while the card turns its fans off when GPU temperature is below 60 degrees Celsius. This means total silence while watching movies or web surfing.

The GTX 950 Strix OC is priced about €20 more than the cheapest GTX 950. In this price range this is considerable price difference but still we recommend the Strix OC card if you want top performing GTX 950 card with silent cooler. Also it provides great overclocking which can give you up to 12 per cent performance increase.