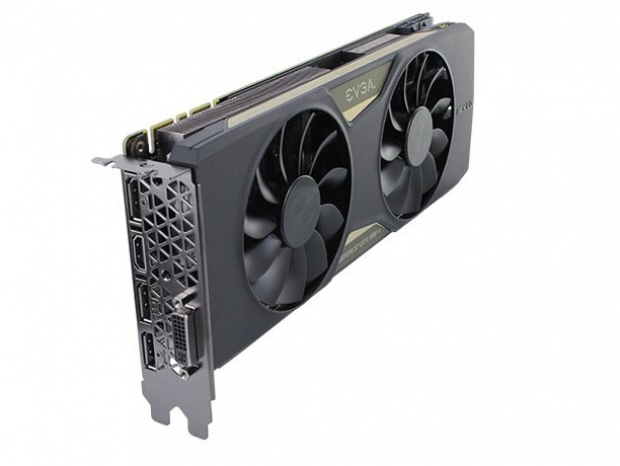 The GTX 980 Ti is Nvidia’s new flagship graphics card, and we all know AIBs like to show off when it comes to flagship products. While most AIB partners offer one or two GTX 980 Ti cards, EVGA is going a step further, or a few steps. EVGA has no fewer than eight different GTX 980 Ti cards and today we will briefly take a look at one of them – the GTX 980 Ti Superclocked with ACX 2.0 Cooler with backplate. The next image shows EVGA’s full GTX 980 Ti line-up.

EVGA decided to set the base GPU clock at 1102MHz, which is significantly higher than the 1006MHz reference clock. The Boost clock is 1190MHz compared to the reference 1074MHz. The memory memory is left at default 7GHz (effective GDDR5).

Note that the GTX 980 Ti Superclocked+ ACX 2.0+ with backplate is listed on the EVGA webshop for $680, which does not sound like a big price premium (+$40) for such a hefty factory overclock. 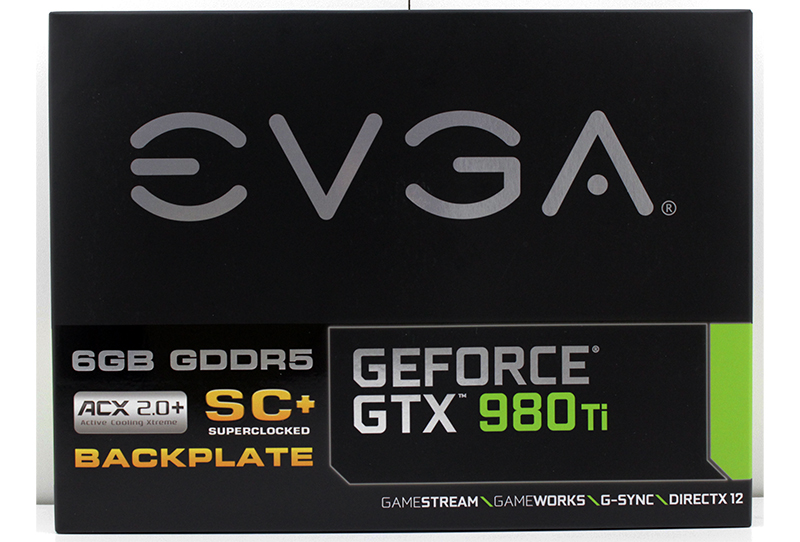 Before we move to first test results let’s refresh our memory. GTX 980 Ti is based on a version of the 28nm GM200 GPU, earlier seen on the GTX Titan X graphics card. The GPU packs 22 enabled SMM units for a total of 2816 CUDA cores and 176 texture units (TMUs). While the number of CUDA cores was cut down and the amount of memory was cut down to 6GB, the number of ROPs, amount of L3 cache and the memory interface remained the same as on the Titan X, so the Geforce GTX 980 Ti packs 96 ROPs, 3MB of L3 cache and 6GB of memory paired up with a 384-bit memory interface. The new Geforce GTX 980 Ti also has the same 250W TDP and needs 8+6-pin PCI-Express power connectors. 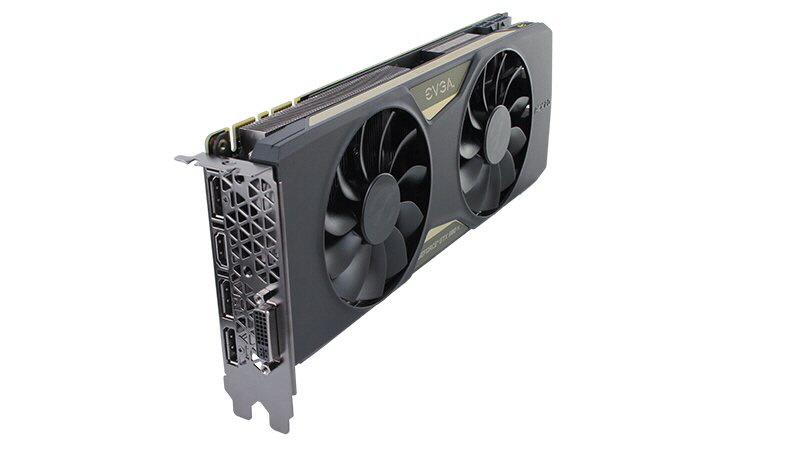 The backplate adds much to the overall image of the Superclock card.

We are still looking at the excellent ACX 2.0+ cooler, which keeps the card quiet even during long gaming sessions. 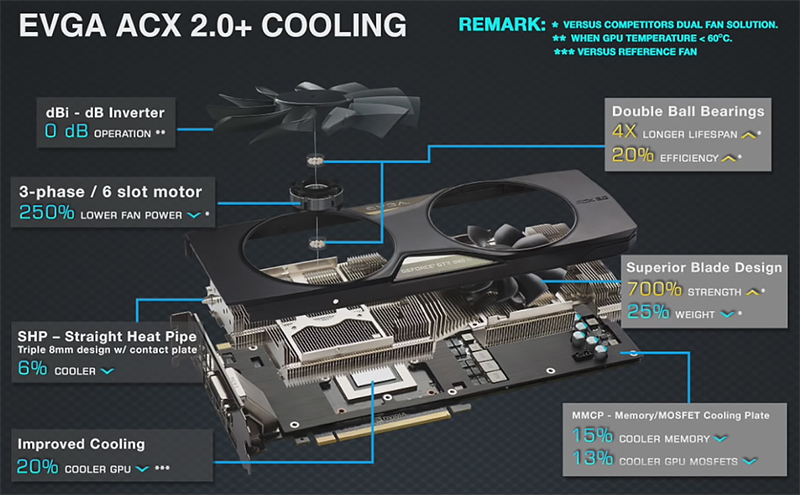 Our initial measurements confirm that in idle mode the GPU temperature stays below 44 degrees Celsius, and the card is totally silent. The fans will start rotating when the GPU heats up above 60 Celsius degree. This means you can do some basic work in 2D it total silence.

The cooler performs well when gaming at 2560x1440. The GPU temperature goes up to 77 degrees, which is good considering high GPU overclock.

The reference GTX 980 Ti gets quite close to the Titan X which is priced at $999, and the EVGA GTX 980 Ti ACX 2.0 is even better than the Titan X in most scenarios. We played Battlefield 4 at 2560x1440 resolution using maximum-in-game settings and the SC scored 84 FPS compared to 83 FPS with Titan X. The great news is that the Superclocked ACX 2.0+ card cost $300 less than GTX Titan X. 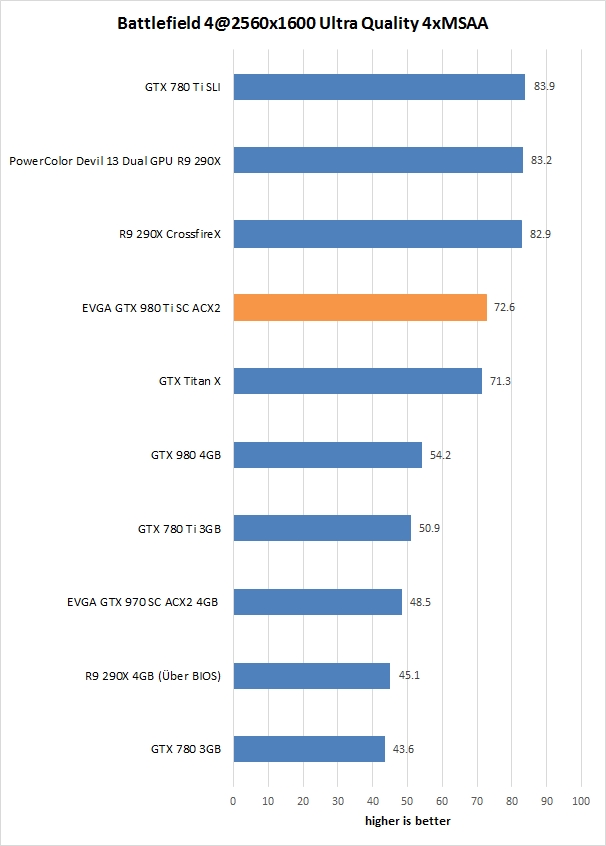