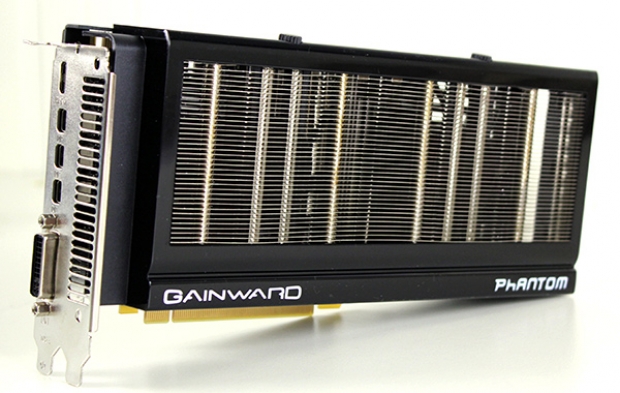 Today we’ll be taking a closer look at the recently introduced Gainward GTX 970 4GB with the company’s trademark Phantom cooler.

The GTX 970 Phantom is a factory overclocked card with bumped up GPU frequencies, yet thanks to the Phantom cooler it is supposed to be cooler and quieter than the reference card. Actually Gainward is offering two 970-series cards. The second one works at reference clocks and comes with a custom blower cooler. This model is priced at about €300, while the Phantom version costs some €30 to €50 more. Both cards are widely available.

Despite the comparatively low TDP, a good cooler is still very important on Maxwell cards. All current high-end graphics cards use dynamic overclocking algorithms that take the temperature into account and in order to maximize its performance the card must be well cooled. 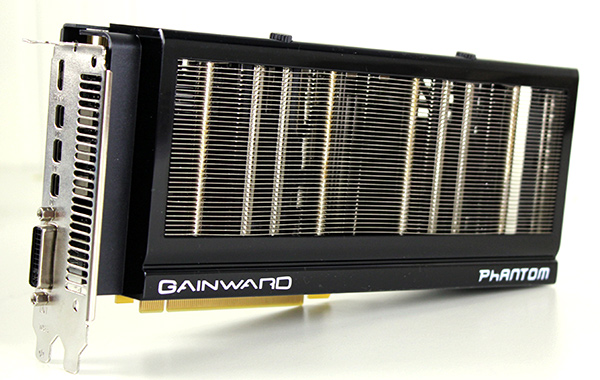 Nvidia designed Maxwell to deliver more efficiency and performance. The GTX 980 and GTX 970 are vastly more efficient than their Kepler-based predecessors. The GTX 980 has a TDP of 165W, while the GTX 970 is rated at 145W. The old GTX 780 Ti and GTX 780 have a TDP of 250W. Just like their predecessors both new cards are capable of delivering smooth frame rates at resolutions up to 2560x1600. In case you are planning to build a 4K gaming rig, two GTX 970 cards should be enough for good frame rates and anti-aliasing in demanding titles.

With the GTX 980 and GTX 970, Nvidia also decided to launch a few new technologies that were not employed in the first incarnation of the Maxwell architecture, used in the GTX 750 series. Voxel Global Illumination, Multi Frame Anti-aliasing and Dynamic Super Resolution are built around old concepts, but they do a good job at reinventing them. Of course, DirectX 12 is supported on all Maxwell cards.