We already had a chance to see the CoolStream cooler when we tested Club 3D’s HD 7970 GHz RoyalAce Edition. It impressed us and it’s still as good as ever.

Unlike reference cooling, where the fan is located towards the end of the card and blows air through the card, Club 3D opted for two fans that push air downwards, straight at the heatsink. As a result, some of the heat may be released inside the case so you might want to make sure your in-case airflow is adequate. 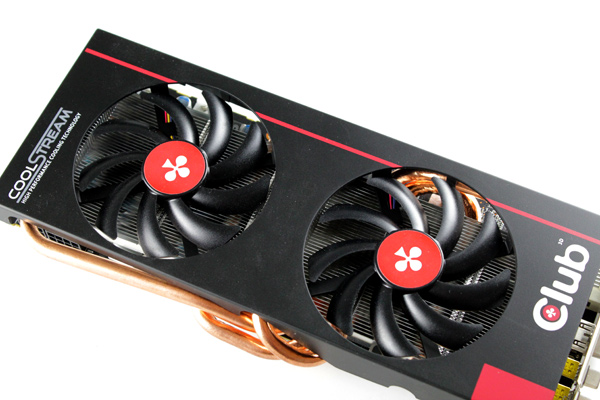 The cooler is held in place with four screws only, but we didn’t notice any instability or vibration. 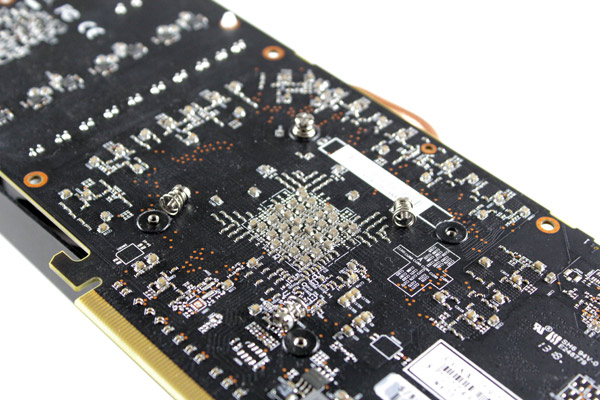 When the cooler is removed you can see where the GPU touches the base, and you can see that the HD 7970’s GPU is rotated by 45 degrees. The company used 8mm thick heatpipes that transfer heat to the farthest parts of the heatsink with ease. Three heatpipes go through the cooler base but Club 3D made sure they’re bent in a way so as to provide five contact points with the heatsink. 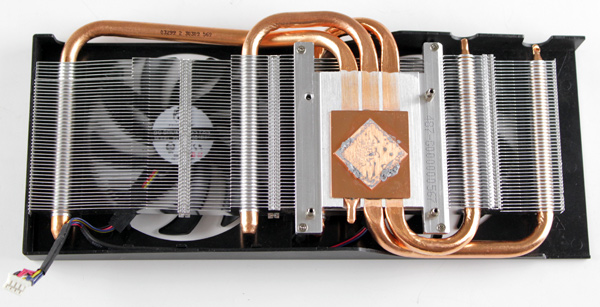 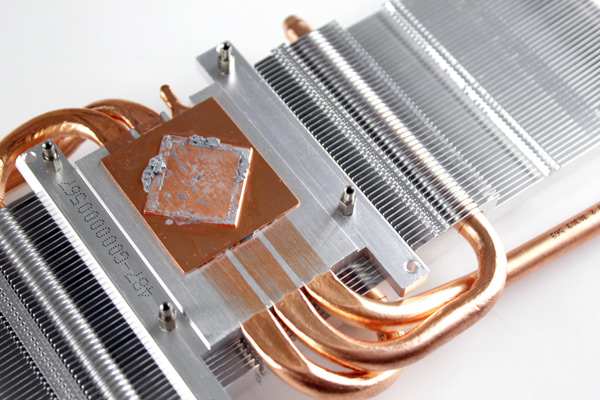 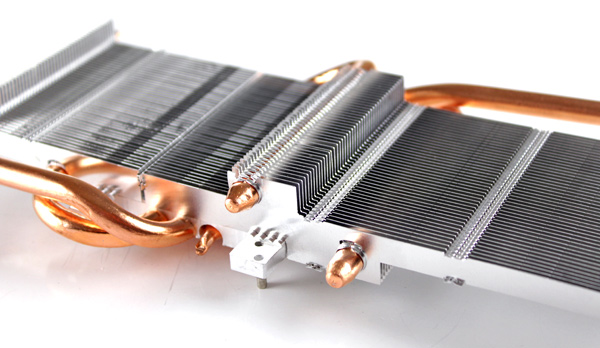 Both fans are connected to the same 4-pin power connector and the RPM can be regulated in Catalyst Control Centre. 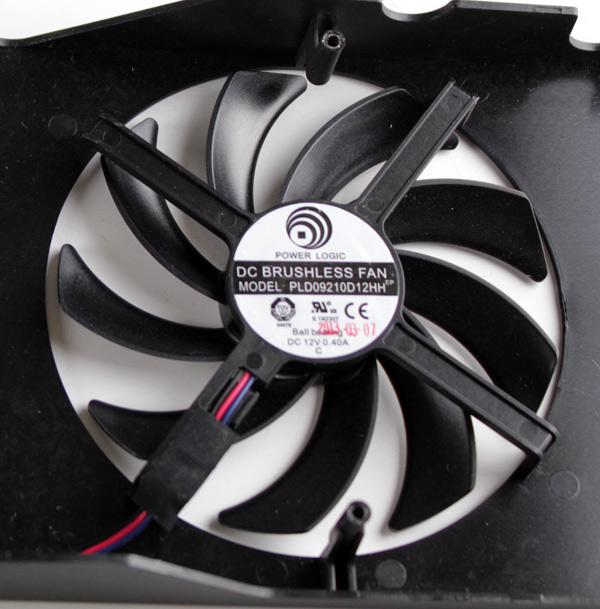 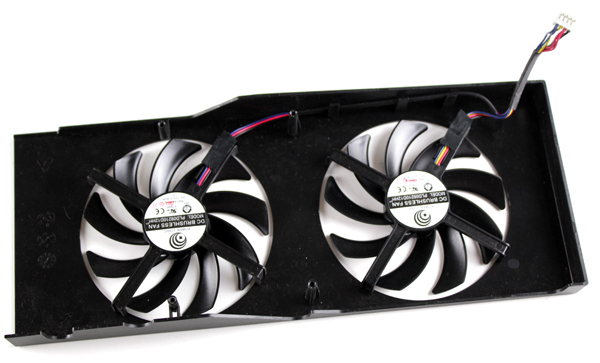 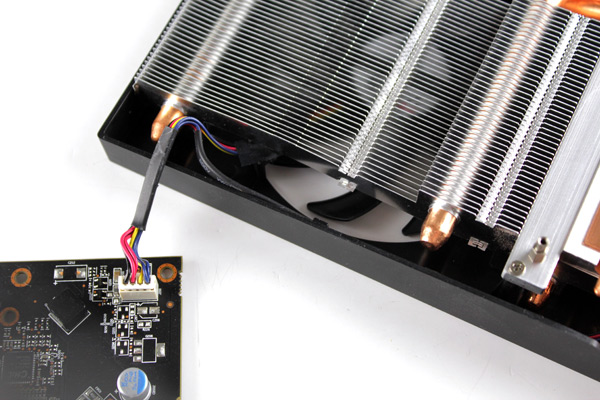 The I/O panel of the HD 7970 XT2 ‘13Series cards lacks one DVI port, but it features more vents than the PokerSeries. In our real world tests we could see no effect on cooler performance, as the cooler is open anyway and the heat from the heatsink is dispersed all over the place. 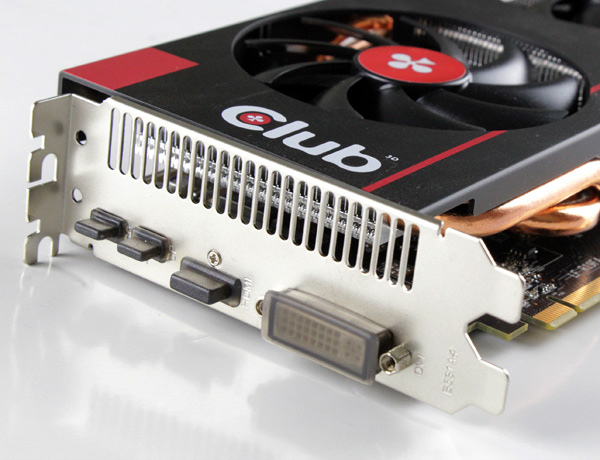 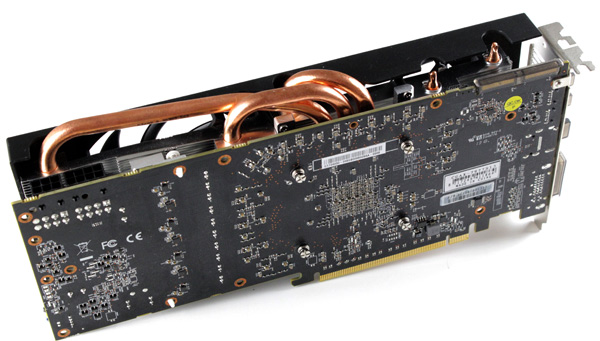