Gainward GTX 660 Ti Phantom 2GB is the spitting image of the company’s GTX 670 Phantom. The only difference between the coolers is in the small sign on top. 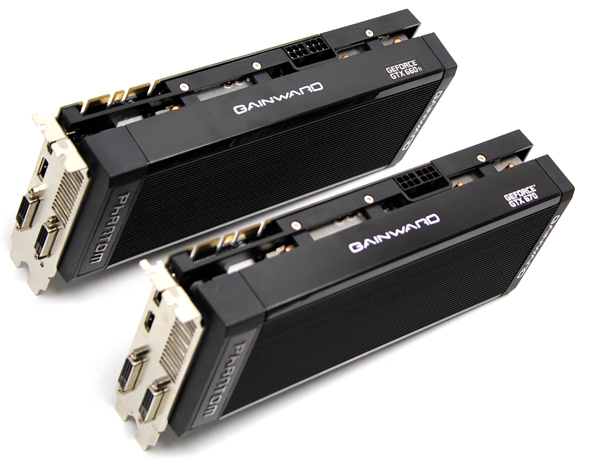 The fans are hidden behind the heatsink but if you peek through, you’ll see two silhouettes. 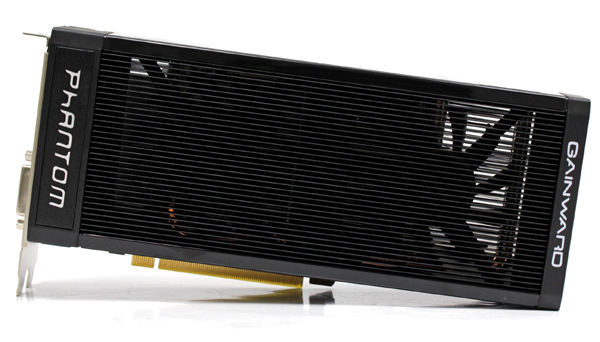 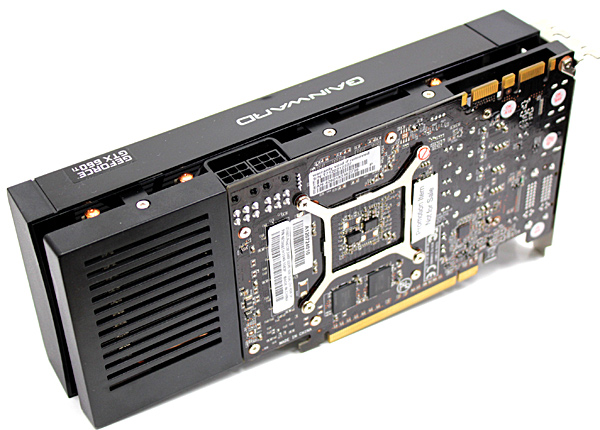 Looking at the back, Gainward GTX 660 Ti Phantom looks much like the reference GTX 660 Ti card. Gainward also extended the PCB with the plastic part. The reference card’s plastic “extension” holds a fan though, whereas Gainward used it to better fasten the massive Phantom cooler. The Phantom’s fans were placed inside the plastic shroud, which is easily removable, picture below. 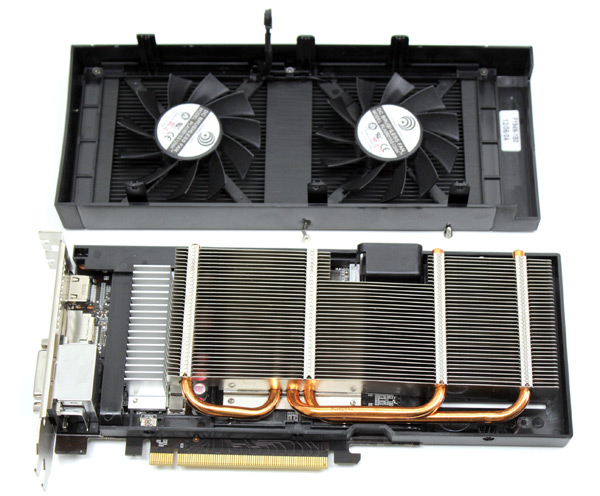 We’re looking at the same fans used on GTX 670 Phantom series. In fact, we didn’t notice any difference between the coolers. Of course, that’s a good thing, since the GTX 660 Ti should end up cooler and, in turn, really quiet. 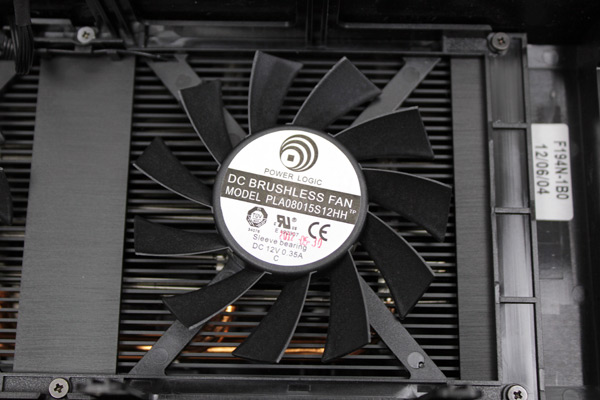 The Phantom’s cooler uses three copper heatpipes and strangely enough, an aluminum base. The GTX 670 Phantom wasn’t really quiet when under load and we think that the cooler would’ve been better off with a copper base. Still, the GTX 660 Ti shouldn’t get as hot, so we’re expecting better results in both fields. 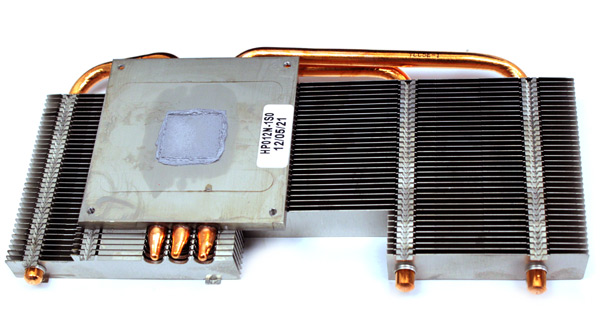 The GTX 660 Ti Phantom has two SLI connectors. We’re not sure about Quad SLI support but the GTX 670 initially didn’t support it, only to get it in 301.42 driver. Nvidia officially supports only 3-way SLI, however, we're talking about driver restrictions. 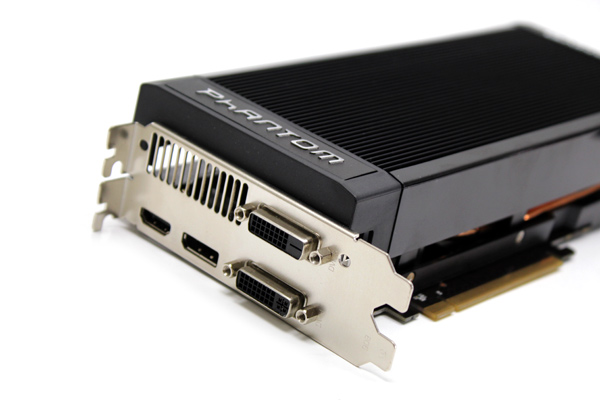