Review: Good, but still not quite there

LG was the first company to introduce a dual-core phone and actually ship it. The company behind the processor was Nvidia and its Tegra 2 chip powered last year’s LG Optimus 2X. LG clearly wanted to continue this collaboration and tapped Nvidia’s quad-core Tegra 3 for its new flagship, the Optimus 4X.

The phone was announced back at the Mobile World Congress 2012 in February and it started shipping in mid to late June, at least in major European markets including Austria and Germany. Other countries should start getting the new Optimus in July. 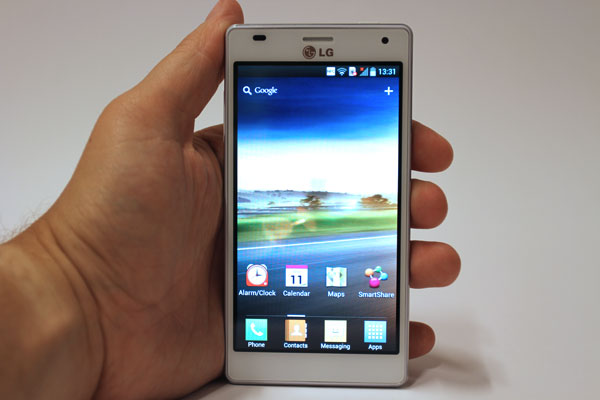 We managed to get our hands on a white sample, but the phone is also available in black, although we find the white version somewhat more attractive. The MSRP stands at €499, which is pretty much the norm in the Android superphone market. Besides the Tegra 3 SoC clocked at 1.5GHz, the most notable parts of the spec include a very nice 4.7-inch IPS LCD display in 1280x720 resolution, with Corning Gorilla Glass on top. It also comes with an 8-megapixel rear camera, 1.3-megapixel front-facing camera, 2140 mAh battery and 1GB of RAM.

The test version shipped with 16GB or memory of which some 12 GB are available to the user and it is also worth noting that this phone has a micro SD slot for expansion as well as a user-replacable battery, something that we didn’t get from HTC One X that we reviewed a couple of months back. 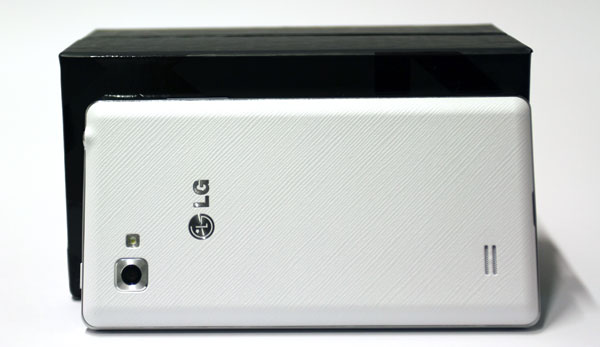 The phone weighs 133 grams (4.7 ounces) and measures 132.4 x 68.1 x 8.9 mm. It ships with Android 4.0.3 skinned in Optimus UI 3.0, a trademark of LG phones. US readers will want to know that this is a HSDPA+ capable phone up to 21Mbit per second and it doesn’t support LTE of any kind, but for most other parts of the world this doesn’t make much difference. The phone comes with NFC support as well as Bluetooth 4.0 with A2DP and 802.11n capable Wifi. 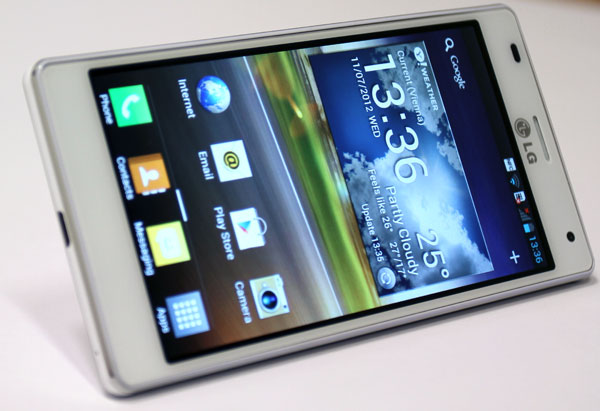 The rear camera delivers snaps in 3264x2448 pixels, it features autofocus and LED flash and in video mode it supports up to 1080p at 30FPS. The front camera is can take both photos and videos but its purpose is to serve video conferencing needs, so it’s good enough for Hangouts.