Sapphire HD 7870 GHz Edition (OverClock Edition) is a dual slot graphics card that’s 25.4cm long. Sapphire used a blue PCB that’s typical of Sapphire but is still based on the reference design. The PCB itself is 24cm long but the cooler is slightly longer as you can see from the picture below. 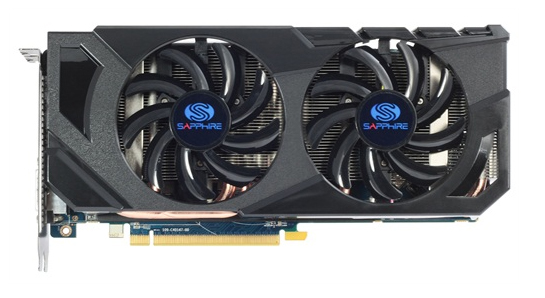 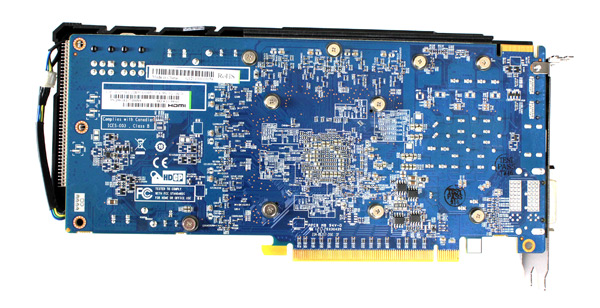 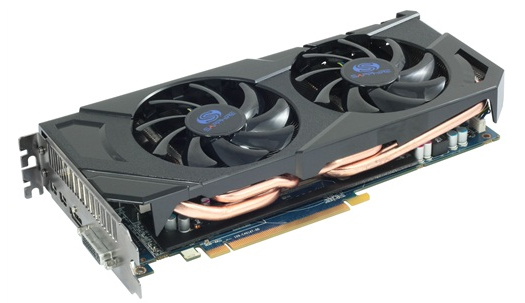 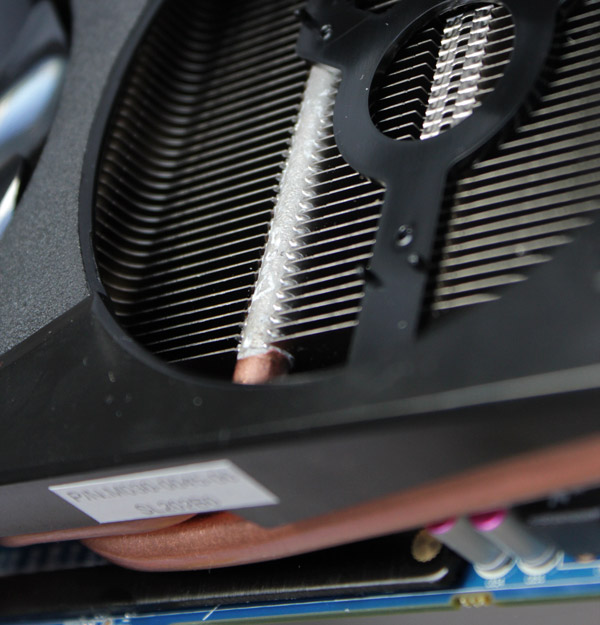 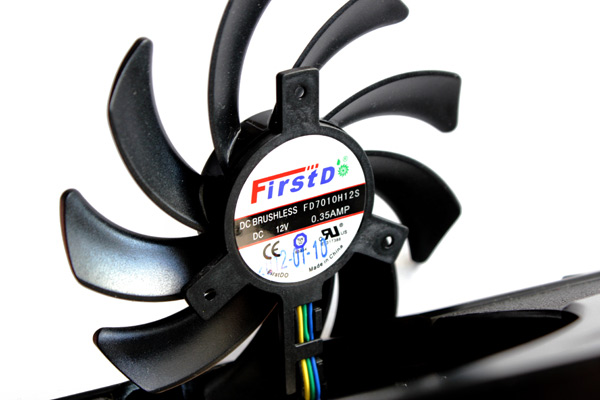 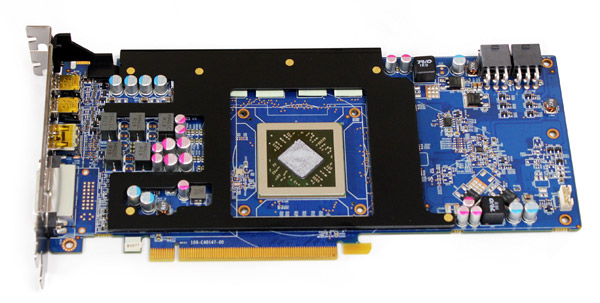 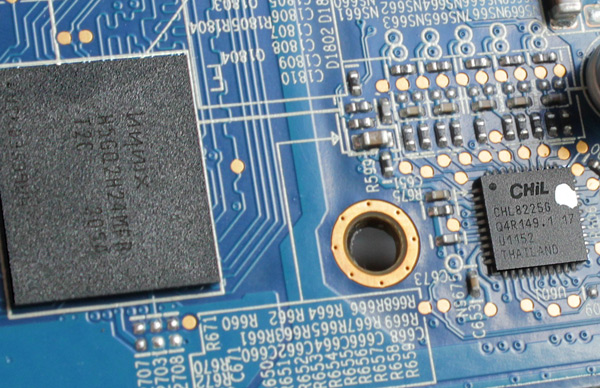 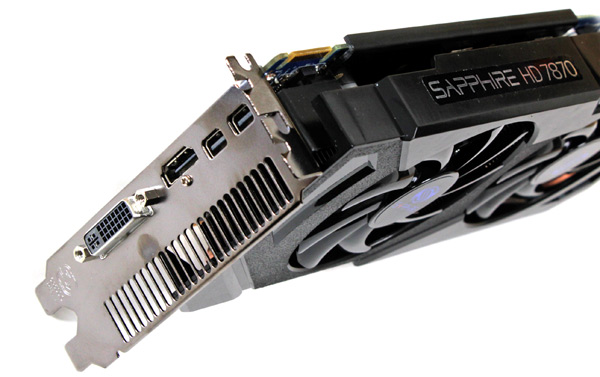