Review: Brazos still on top of its game

The humble Brazos platform was arguably AMD’s best product of 2011, both in terms of competiveness and the sheer number of design wins. From feature packed nettops and barebones, through cheap netbooks to dozens of ITX boards, Brazos managed to beat Intel’s Atom at its own game and seize an impressive chunk of the market, first and foremost thanks to superior value for money and some advanced features that Atoms can only dream of. 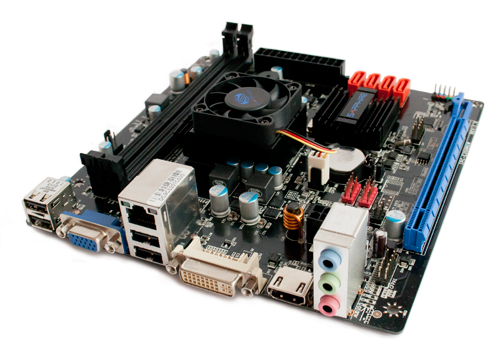 Small wonder, then, that long time ATI/AMD partner Sapphire was one of the first to embrace the new chips and offer them in micro-ITX flavour. Interestingly, the company offered Brazos boards, the Sapphire PURE White Fusion Mini we are testing today, and the PURE Fusion Mini, which offers a few additional features and relies on SO-DIMM memory rather than plain DDR3 modules. So, the White version is a simpler and cheaper design, which is by no means a bad thing. We are talking about frugal computing here, no need for bells and whistles, a decent price tag and feature set will do. 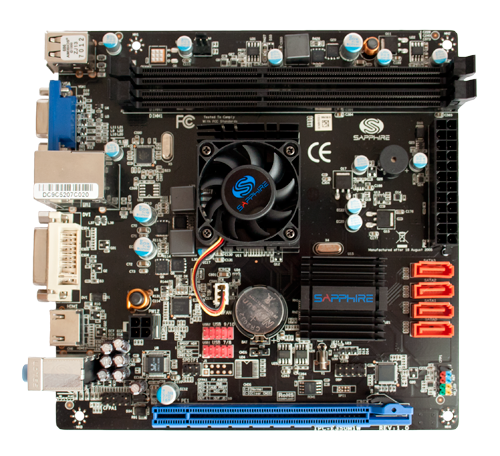 As far as the design goes, there is nothing out of the ordinary to report, it’s more or less your standard Brazos ITX board. However, a few of our staffers found it amusing that a board dubbed Pure White Fusion features a sleek black PCB, which made us think that someone at Sapphire has a healthy British sense of humour.

Although this is the cheaper of Sapphire’s two Brazos boards, and for that matter one of the cheapest ones on the market, the designers still managed to squeeze in solid-state capacitors without breaking the bank. However, the board lacks some features found on high-end Brazos products, including USB 3.0 and eSATA. Other than that, the specs are pretty much in line with the rest of the Brazos crowd: 1.6GHz E-350 APU with HD 6310 graphics, 2 DDR3 DIMM slots, 1 PCIe x16 slot (x4 in the real world), 4 external USB 2.0 ports and headers for four more, Ethernet, three audio jacks and video output is catered to by VGA, DVI and HDMI ports. 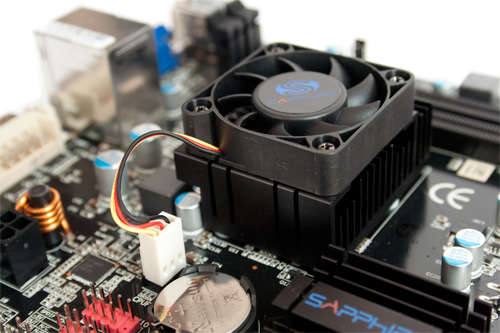 The APU is actively cooled by a tiny, but relatively quite fan, while the A50M chipset is cooled by a neat black heatsink. The layout is pretty straightforward, but it’s really not too important. Since we are talking about an integrated ITX board, consumers probably won’t be plugging too much stuff into it anyway. Speaking of which, BIOS options are rather limited, but then again few people would tinker with an ITX board and overclocking/underclocking support is uncommon on integrated ITX boards.

So, what’s missing on this entry level board? As it turns out, not much. Of course, it would be nice to see USB 3.0 and eSATA, but at this price point you just can’t find an ITX board that has them. The same applies to onboard WiFi, which would have been a nice touch but it is still reserved for pricier models. 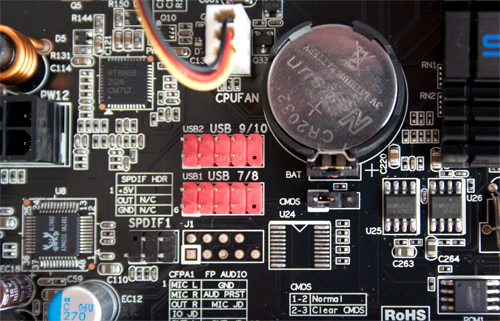 We guess a lot of people have old wireless USB adapters they can recycle anyway, but this means they will be down to three USB ports. A separate wireless keyboard and mouse combo will take up an additional two, which means there is just one left for external storage, or perhaps a TV tuner. Of course, you can use the extra USB headers for an additional four devices and it is always a good idea to check the layout of any ITX chassis you choose. Most feature two USB ports on the front, but some models sacrifice practicality for design, so the USB ports might be poorly placed or located under a flimsy plastic flap, which is hardly a good solution. 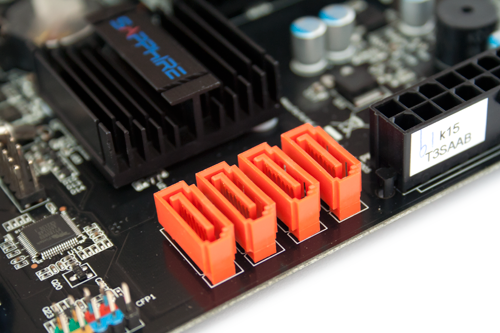 The layout is pretty straightforward and you shouldn’t have much trouble with the build. USB headers, LED and fan connectors should give you no trouble. The same applies to the four orange SATA 6Gbps ports, but you will find access to them a bit cramped in some chassis designs. Of course, this is a minor issue and few people will use more than two SATA ports anyway. 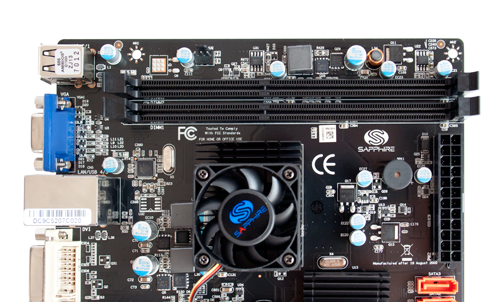 The placement of DIMM slots is unproblematic and the board supports up to 8GB of DDR3 1333 memory, which is more than enough for any HTPC. 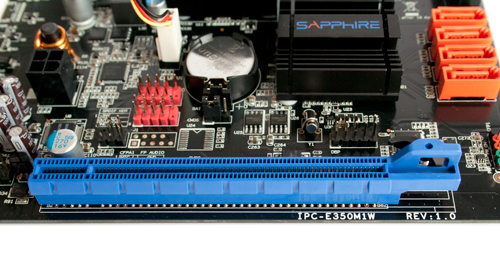 The board also features a PCIe 2.0 x16 slot (x4 electrically, of course). We guess most users won’t use it, but it could come in handy for some future upgrades. This is where AMD has a clear advantage over Intel. Brazos supports faster DDR3 memory, and more of it. Many cheap Atom boards still cling to DDR2, which is slower and twice as expensive as DDR3. In addition, Brazos boards ship with PCIe 2.0 and SATA 6Gbps support, offering greater flexibility and upgradeability. A couple of years down the road users can squeeze some extra performance from their Brazos rigs, with cheap-low profile discrete graphics or speedy SATA 6Gbps solid state storage, which really isn’t the case with Atom boards.