GTX 580 Beast 2 is based on GF110, Nvidia’s fastest GPU. GTX 580 is the high-end successor to the Fermi based GTX 480. GF110’s three billion transistors aren’t easily cooled at 873MHz, prompting PoV/TGT to use AquagraFX water block. Good thing about AquagraFX however is that it’s a slim-line block, i.e. only 9mm thick. This means that Beast 2 is a single slot card. 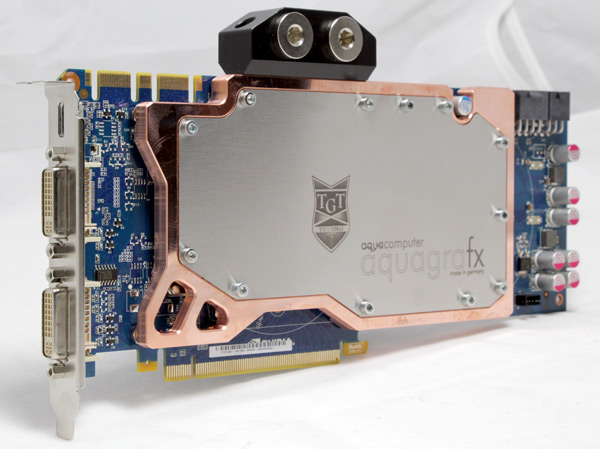 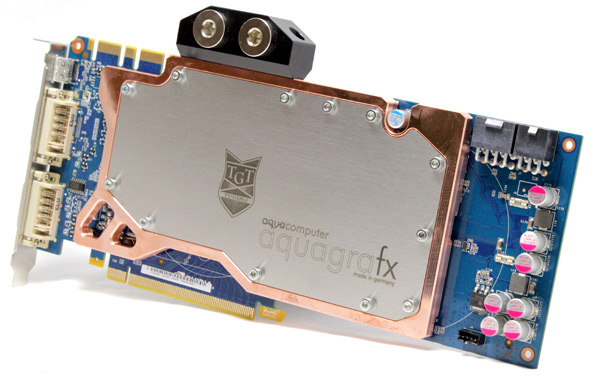 As far as video outs go, we have here the classic Nvidia design, i.e. two dual-link DVIs and mini-HDMI out. Note that only two video outs can be used simultaneously. Nvidia included an HDMI sound device within the GPU, so there is no need for connecting the card to your motherboard’s/soundcard’s SPDIF out to get audio and video via HDMI. 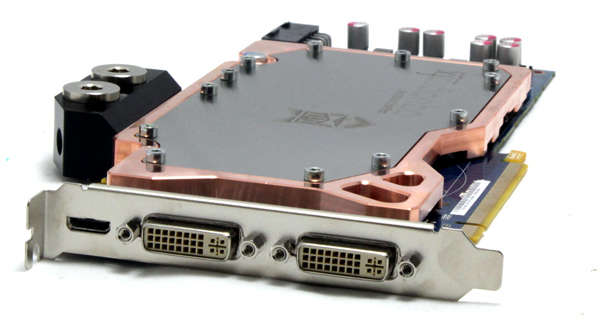 The water block is pure quality and, as you can see, it carries TGT branding. “The aquagraFX for GTX 580 has been specifically designed for graphics cards according to reference design of the chip manufacturer. The aquagraFX for GTX 580 effectively cools the RAM, voltage regulators and GPU of your graphics card. The base part of the water-block ismanufactured from pure copper for outstanding performance and durability.“

We found instructions for mounting the water block on reference GTX 580s on Aqua Computer’s web portal, and here’s what they say:“Apply a thin layer of thermal compound to the GPU and the RAM modules. These components are marked red in the figure. The thermal compound must not be electrically conductive! Cut fitting pieces from the thermally conductive pad supplied with theaquagraFX and place them on top of the voltage regulators as indicated by green rectangles.”

AquagraFX water block for GTX 570/580 can be considered an advanced version of AquagraFX blocks on GTX 470/480 cards. TGT is not the one to skimp on clocks and the company will surely put Aqua Computers’ experience to good use, especially when it comes to dual GPU GTX 590 cards. 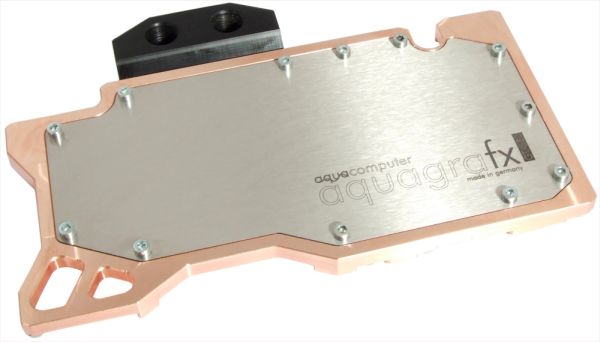 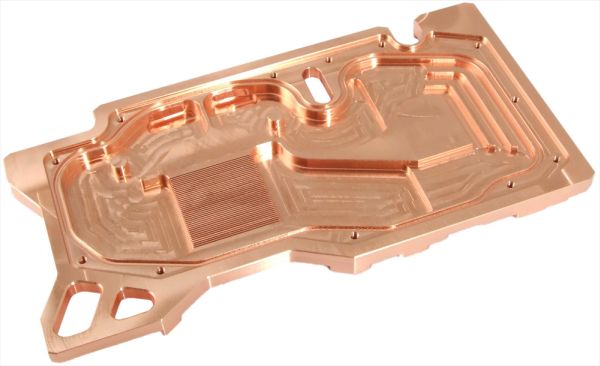 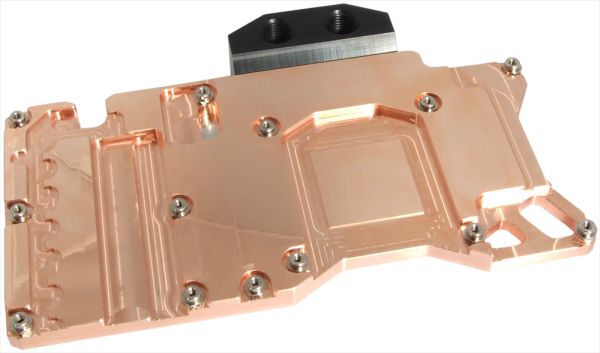 Another special feature is the Delrin connection terminal which offers the possibility of fitting connection from both sides of the waterblock. The connection thread is G1/4" in size.

Point of View / TGT sent us Eheim’s water pump with a single fan radiator, although it’s 5cm thick in order to cool the card effectively. 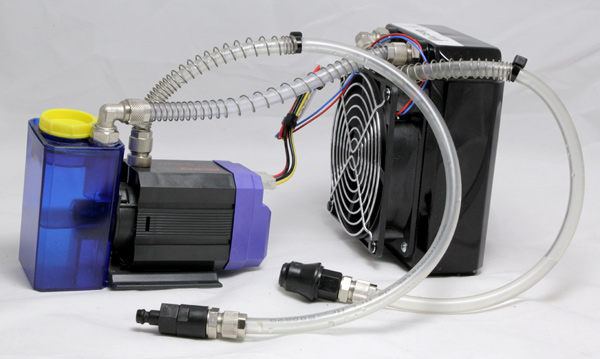 As you can see, the entire package is safe inside a large cardboard box. Unfortunately, Point of View/TGT didn’t bundle any games. 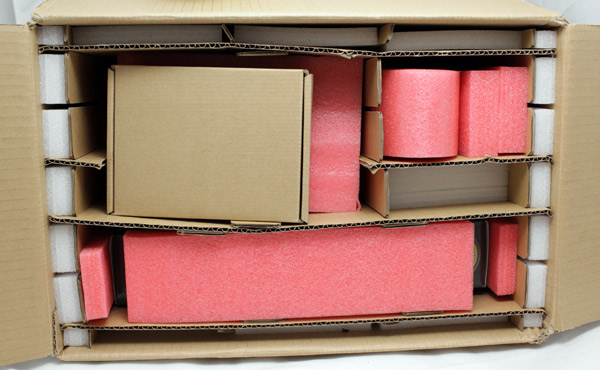 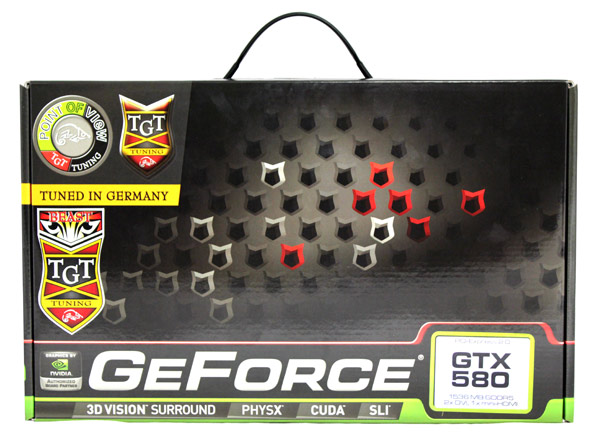 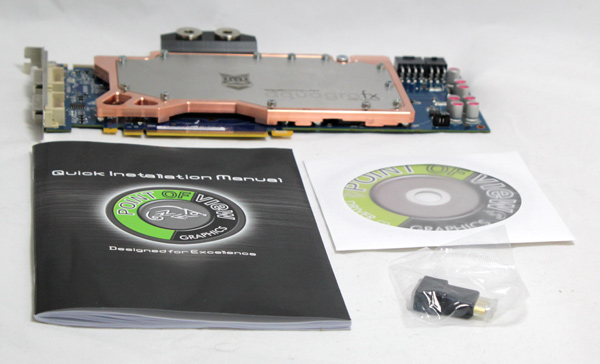