PowerColor HD 6870 PCS+ is a special version of Radeon HD 6870 card that comes factory overclocked and strapped with special cooling.

PowerColor overclocked it HD 6870 PCS+ card as you can see from the GPUZ screenshot. 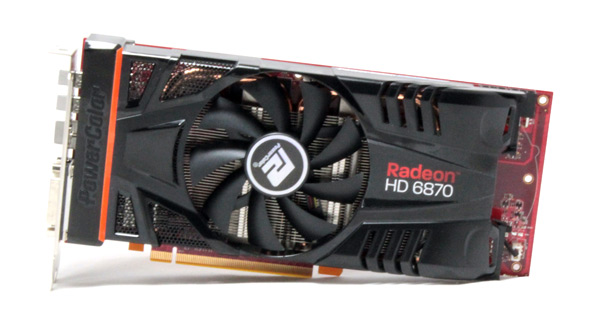 Prev Next »
Last modified on 18 January 2011
Rate this item
(14 votes)
Tagged under
More in this category: « CoolerMaster Spawn gaming mouse tested Sparkle 9600 GT with a dual-fly cooler »
back to top