Before we can think of a conclusion we need to check the system costs and performance. As usual the Intel platform is a tad pricier and with the integrated graphics core overclocking works well too, but we think overclocking an AMD system is just easier. Performance wise AMD is not as far off as Intel would like them to be. The Athlon II X4 series is very cheap and at the same price level as the more feature-rich i5-6xx series, but the Athlon has four real cores compared to Intel's two cores with hyperthreading. Meanwhile costs are very close and it's just a matter of taste. For the AMD system we choose the MSI 785GM-E65 which does not sport the new SB850 but is otherwise a nearly perfect board. 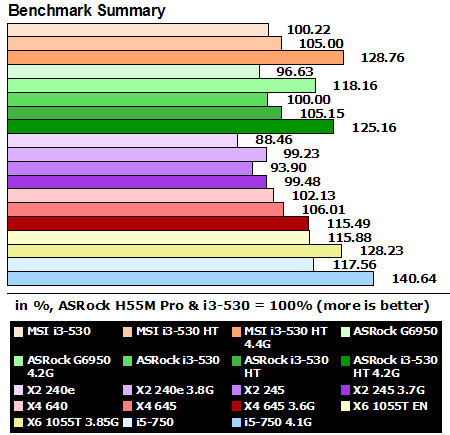 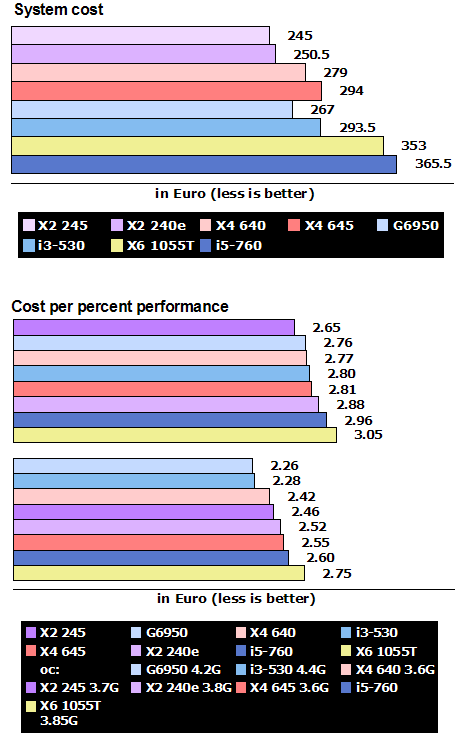 
With prices falling for H55 and P55 boards now maybe a good time to purchase such a system. Of course AMD is quite close in performance and cost, but need more power under load when not under-voltaged. To buy an AMD quad-core or an Intel dual-core with hyperthreading is your choice alone.

The MSI H55M-ED55 went into the market eight months ago and retailed at €99,- which is much too expensive for our taste espcially considering the few accessories. The direct competition ASRock updated their H55M Pro with USB3.0 and costs about €66,-. MSI has reduced the price massively, now you can purchase it for about €76,- which is justified. The board was stable during our testing, has very good overclocking capabilites regardsless it's not branded as "high-end". Just forget about the 1-button overclocking, because it does nothing but load a pre-programmed BIOS setting, which we find quite lame. Otherwise an excellent board with all the basic features you will expect, so we can recommend it.

Check out the next page for the complete results of our benchmarks. 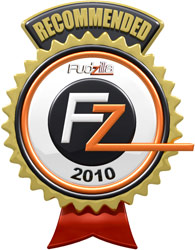