Solid State Drives are no longer reserved for the highly privileged part of the market that is willing to spend over €500 for a 32GB SSD. Prices have gone down dramatically, and although SSDs are still far from being competitive with traditional HDDs in capacity/price segment, they excel in speed/price department.

Another good side of the SSD is its lack of moving parts, so you end up with noiseless operation, higher shock resistance and improved reliability. These features make an SSD a perfect candidate for any notebook. The write and read speeds are something that you must not overlook as SSD easily beats an HDD, especially a 2.5-inch laptop HDD.

With its Warp series, Patriot became a very serious player on the SSD market and it is clear that Patriot is intending to stay and become the one to look at if you are shopping for an SSD. The TorqX line is no exception either, as 64MB of DRAM cache and rated speeds of up to 260MB/s for read and up to 180MB/s write for 128 and 256GB versions and 220MB/s and 135MB/s for a 64GB version, are a proof that Patriot is definitely here to impress. 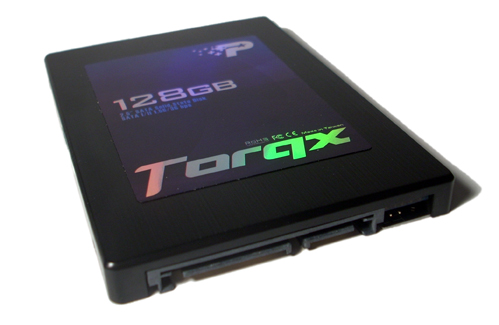 During the process of writing this review, Patriot has informed us that its entire TorqX line now has a ten year warranty. This is a great plus that you must have in mind when you are shopping for an SSD, and as far as we know, Patriot is the first company to make such a move. 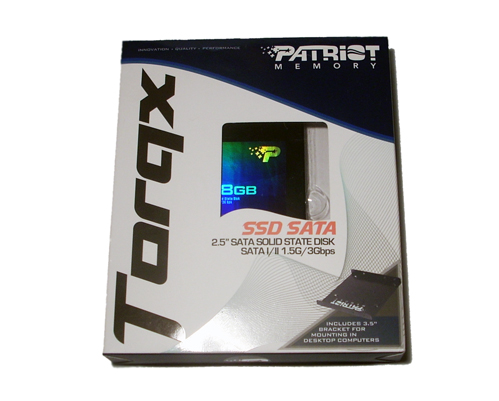 Patriot TorqX comes packed in a simple and small but rather practical box that contains the drive, a jumper for firmware updates and a 2.5-inch to 3.5-inch adapter bracket. Drive and adapter bracket are packed and secured in separate compartments. 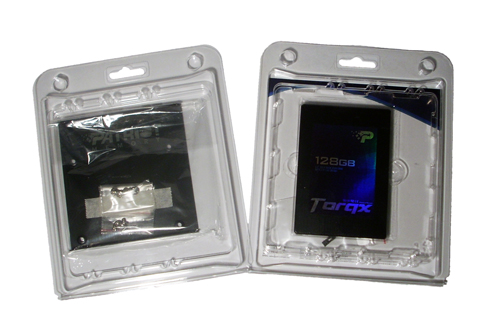 At this year’s CeBit show, Patriot showed us this adapter bracket and we were hoping that Patriot will include these with any SSD as a lot of consumers use SSDs in their desktops systems. 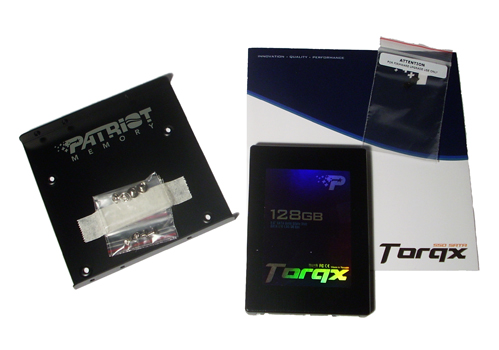 Case manufacturers have only recently started to include 2.5-inch bays or brackets and these are also quite rare. 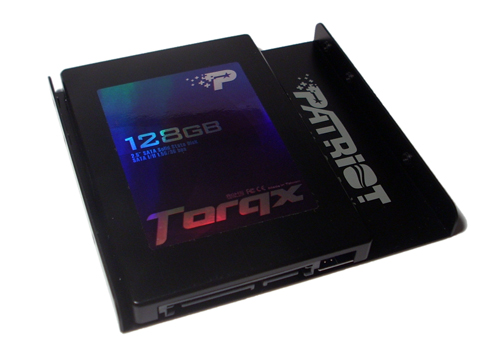 We honestly think that if you are paying premium for such high end and expensive product it is at least fair that you get an adapter bracket for free and that you do not have to buy it or waste time looking for it. 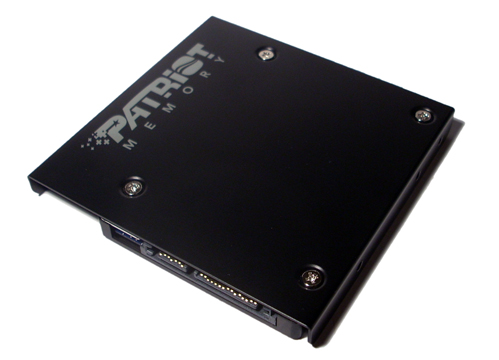 Unlike some SSDs on the market that are made using plastic, Patriot has decided to use aluminum on this one, as it is much more sturdier and should help reduce temperatures a bit. Do not be fooled by marketing talk that Solid State Drives do not produce much heat, as there are no moving parts. Solid State Drives do produce heat, they might be cooler than most HDDs, but they are still not stone cold. 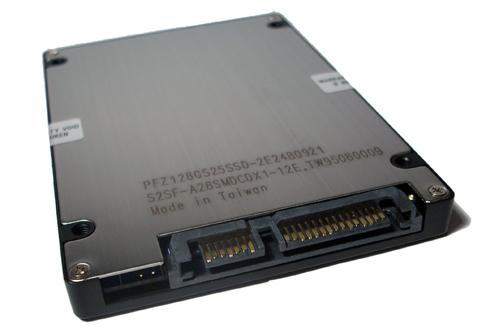 Patriot TorqX shares the same specifications as OCZ’s Vertex and other various SSD on the market because it is equipped with Indilinx controller and a single Elpida 64MB SDRAM cache memory chip that is one of the key parts that removes the famous stuttering effect that occurs with MLC-based SSDs. 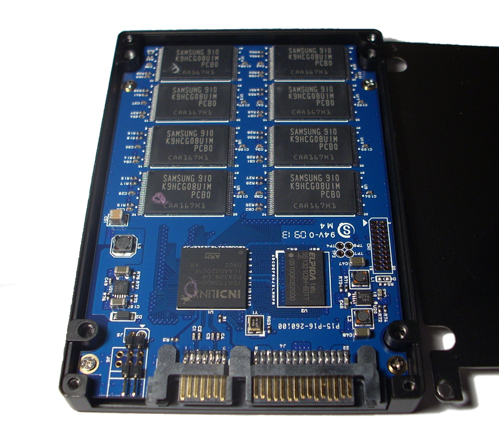 Next to it is the Indilinx IDX110M00-FC “Barefoot” chip controller that supports capacities of up to 512GB. 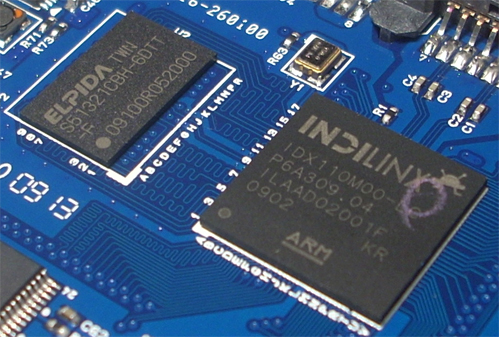 As you can see from the picture below, Patriot has used Samsung’s K9HCG08U1M-PCB0 memory chips. These are lead-free RoHS-compliant 48-pin multi-layer chips with an operating voltage of 2.7-3.6V and a 25ns speed rating. 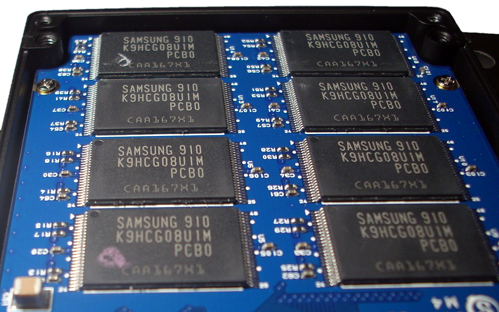 Our Patriot TorqX 128GB sample came with ver. 1370 firmware, and shortly after we received a notice from Patriot about the new ver. 1571 firmware which should bring additional performance gains for TorqX. Patriot also noted that this new firmware will be available soon on their web site for download. It was also a perfect opportunity to try out that “firmware upgrade” jumper and to get a good look at the actual upgrade firmware procedure.

The procedure is quite simple and all you have to do is use the included jumper, boot into Windows and use the firmware upgrade applications and sit back for a 1-minute show. The only negative point is that it wipes out the complete data from the SSD which is well noted in the firmware upgrade manual.