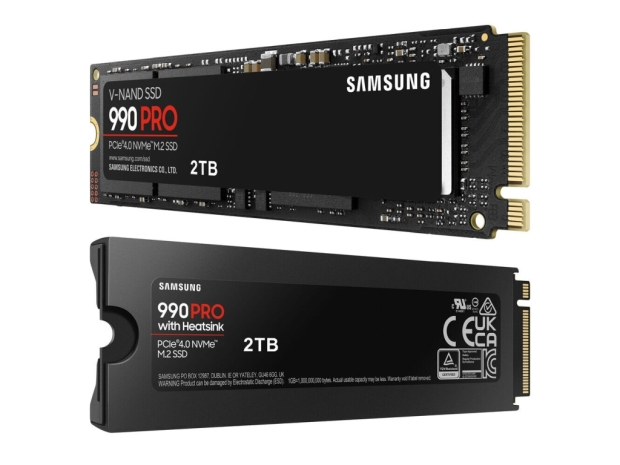 The new Samsung 990 Pro promises up to a 55% improvement in random performance as well as up to 50 percent better power efficiency, both compared to the 980 Pro. Samsung is aiming at gamers as well as other intensive tasks like 3D rendering, 4K video editing, and data analysis with its latest 990 Pro SSD.

The Samsung 990 Pro will be available in 1TB, 2TB, and 4TB capacities, with the 4TB version scheduled to become available next year. It will also be available with and without the heatsink.

Rate this item
(1 Vote)
Tagged under
More in this category: « Samsung readies 8th generation V-NAND Germany shuts down digital signage »
back to top