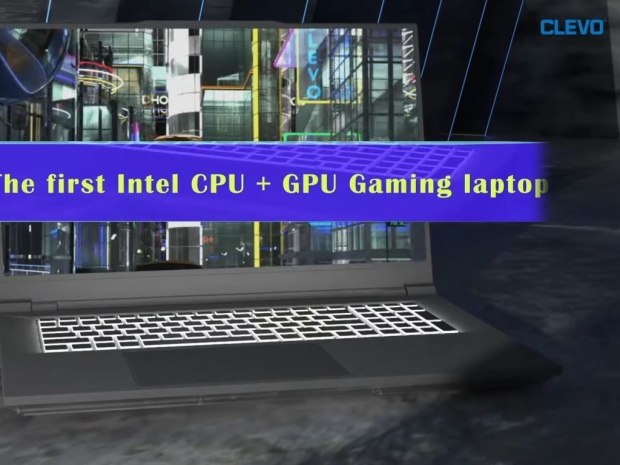 In the new X270 gaming laptop

The video about the Clevo X270 was originally spotted by 9550pro over at Twitter.

While it did not provide a lot of information regarding the actual Alder Lake CPU it will use, Clevo did reveal some details, including a special liquid metal cooling for the CPU, which should reduce temperatures by 10C, as well as a 17.3-inch Mini-LED screen, 99Whr battery, Thunderbolt 4 interface, and more.

The CPU, which will most likely be one of the four 6+8-core SKUs, will be paired up with Intel's flagship Arc GPU, the Arc A770M, which packs 16GB of GDDR6 memory on a 256-bit memory interface, and 32 Xe cores, or 4096 stream processors.

Clevo's design will probably end up with some other notebook manufacturer or two, so it will be interesting how much performance will full-Intel hardware packs in this gaming notebook.