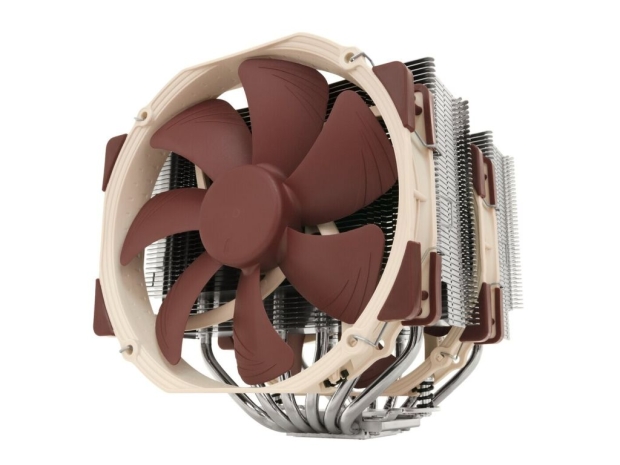 Some other products are coming this year

It appears that the successor for the praised NH-D15 CPU cooler is pushed to Q1 2023, but some other interesting products are coming this year as well.

According to a freshly updated roadmap from Noctua, spotted by OC3D, the next-generation NH-D15 CPU cooler has been delayed once again, and is now scheduled to launch in Q1 2023.

The revered NH-D15 CPU cooler has been holding its ground at the top of the list since it was released back in 2014, and although there have been various versions, the core design has not changed much.

The successor of the NH-D15 was originally planned for 2021, but it appears that it is quite hard to surpass the high standard set by the D15. Noctua has already showcased some improvements in heatsink and fan design, and we'll see some of those new products in Q2, Q3, and Q4 this year, including an 8-way fan hub, next-gen Intel Xeon CPU cooler, next-gen 140mm fan, and more, but the next-gen NH-D15, desk fan, and white fans are scheduled for Q1 2023.

In any case, the NH-D15 is still one of the best coolers on the market and holds its ground against some of the recently launched AiO and air coolers. 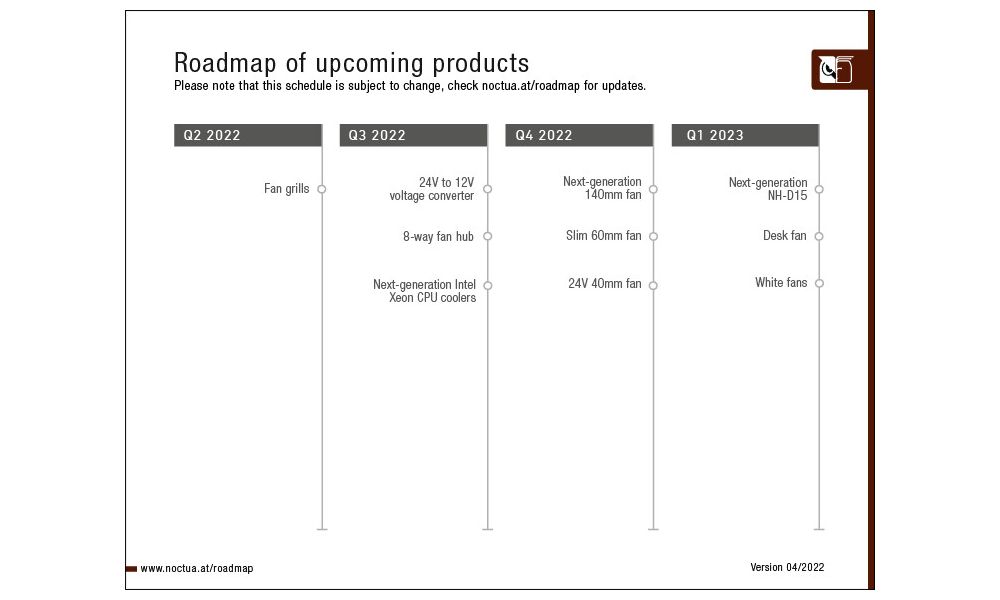 Last modified on 19 April 2022
Rate this item
(1 Vote)
Tagged under
More in this category: « Intel to increase chip performance New AMD Alienware machines out »
back to top