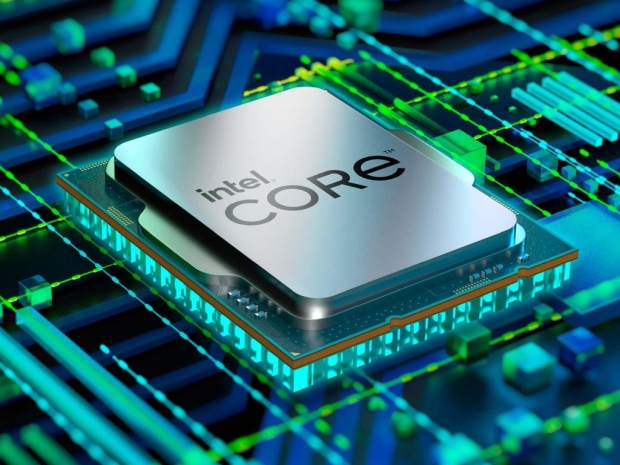 Intel has officially announced its new 12th gen Core CPUs, codenamed Alder Lake, which will officially launch on November 4th. Intel will have a total of six SKUs ready on launch day, including the Core i9-12900, Core i7-12700, and Core i5-12600, all coming in K and KF versions.

Intel has been providing some information regarding its 12th gen Core Alder Lake CPUs for quite some time now and while we had a general idea about the new hybrid design, it was left to leaks to provide details, but now, all information is official and will be coming as a part of Intel's InnovatiON virtual event, which aims to pick up on the revered Intel Developer Forum (IDF) event which was last held in 2016. 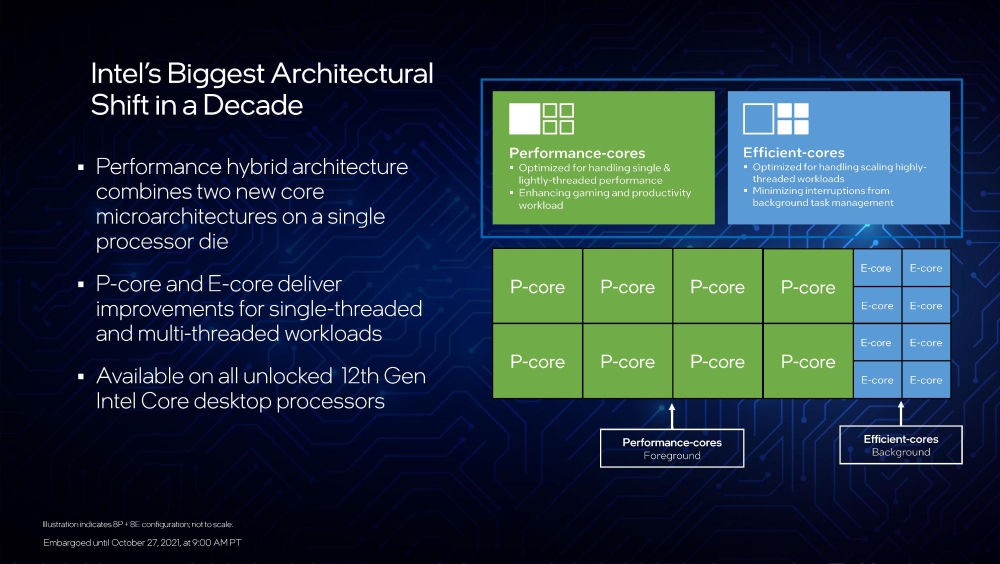 This is where things get a bit complicated for those that did not closely follow Intel's Alder Lake architecture, the top SKU gets eight P-cores and two quad-core clusters of E-cores, which might sound like a 16-core CPU, but due to differences in architecture, configuration, and cache, it would be fairer to describe the Core i9-12900K as the 8+8-core CPU.

The hybrid design will bring a lot of problems for an average buyer, as while the Core i9-12900K/KF can be described as the 16-core CPU, it is far from it, as problems start when you talk about hyper-threading and/or cache.

It gets even worse when you look at L1, L2, and L3 cache. Intel compares a P-core with a quad-core cluster of E-cores. Each P-core has 1.25MB of L2 cache and each quad-core E-core cluster shares 2MB of L2 cache. There is also 30MB of shared L3 cache and different SKUs, depending on the P- and E-core configuration will have slightly different number of threads and amount of cache.

In terms of performance, Intel claims that Golden Cove Performance-cores provide 28 percent IPC gain over Skylake, which should be enough for it to come up on top of AMD's Zen 3 architecture, core-to-core. With Gracemont Efficient-cores, which offer about the same performance as Intel's 14nm 10th gen Comet Lake Skylake CPU cores but at a fraction of power, you get a design that could provide the best of both worlds. 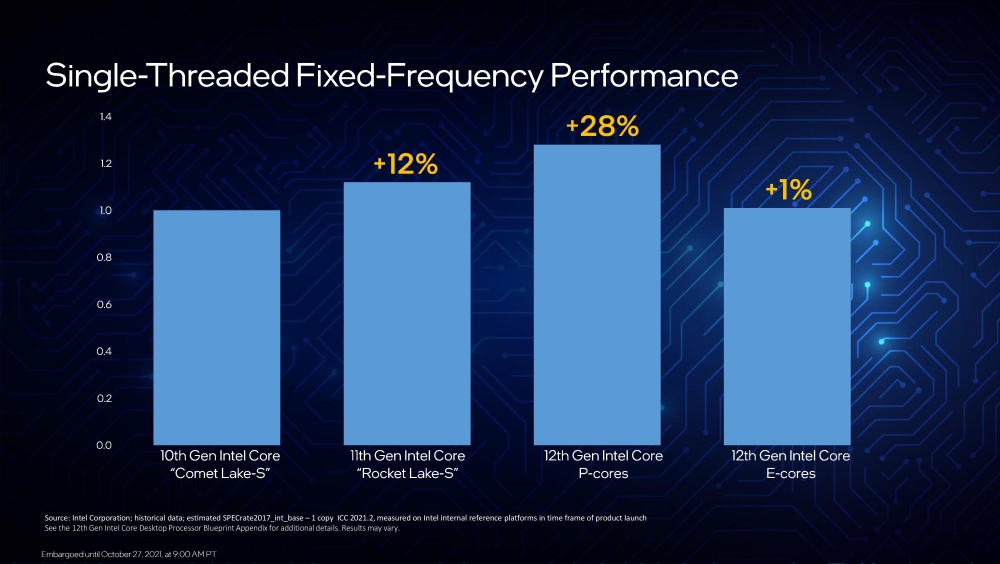 Of course, we'll wait for November 4th to see some of the first reviews and if these benefits will translate to real-world usage, as so far, Intel provided benchmarks do not give a clear picture, especially since there are still a lot of unknowns when it comes to Intel's Thread Director, a special scheduler built directly into the core and working with the OS to switch loads between different cores. 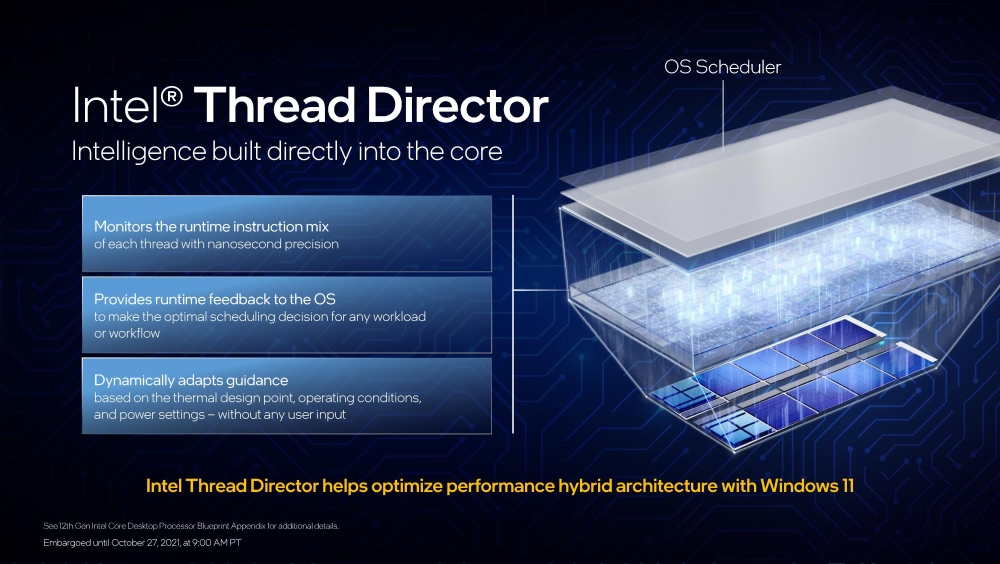 The entire lineup features a total of 20 CPU PCIe lanes, supports up to 128GB of DDR5-4800 or DDR4-3200 memory in dual-channel memory configuration, and lacks Intel Thermal Velocity Boost or the support for AVX512 instructions. We also get new TDP values, described as "Processor Base Power" and "Maximum Turbo Power".

The base power is set at 125W with maximum turbo power peaking at 150W. 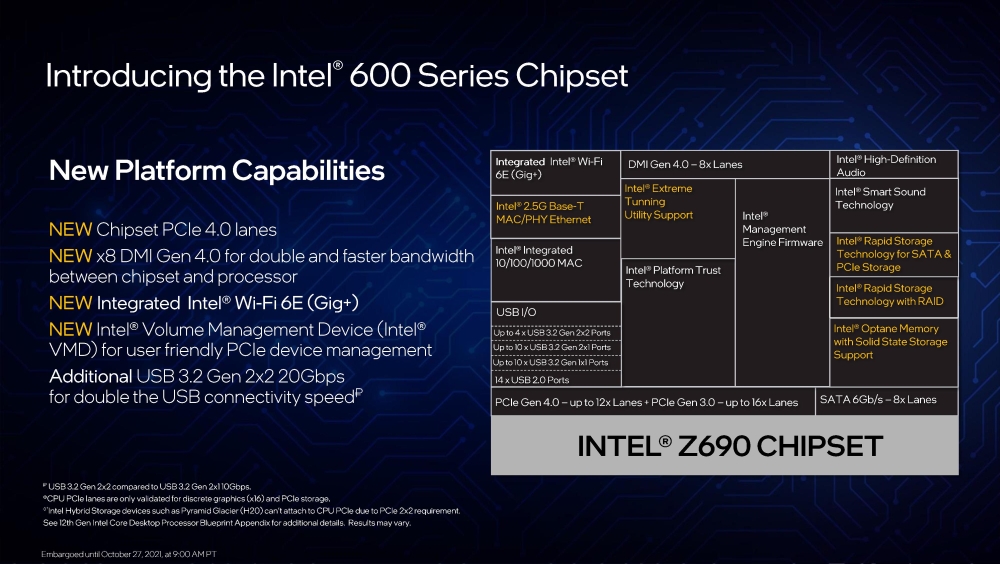 While we wait for reviews

Intel also talked about overclocking and it appears it has put a lot of effort into it, even going as far as improving thermals through package optimization, as, after all, these K/KF-series CPUs are "unlocked SKUs". The hybrid design of the CPU adds a lot of complexity to overclocking as it is possible to overclock both P- and E-cores, separately, so there are a lot of things to talk about, including different base-clock multipliers, and more. Of course, we'll see how complex and how good it works when reviews start to trickle in. 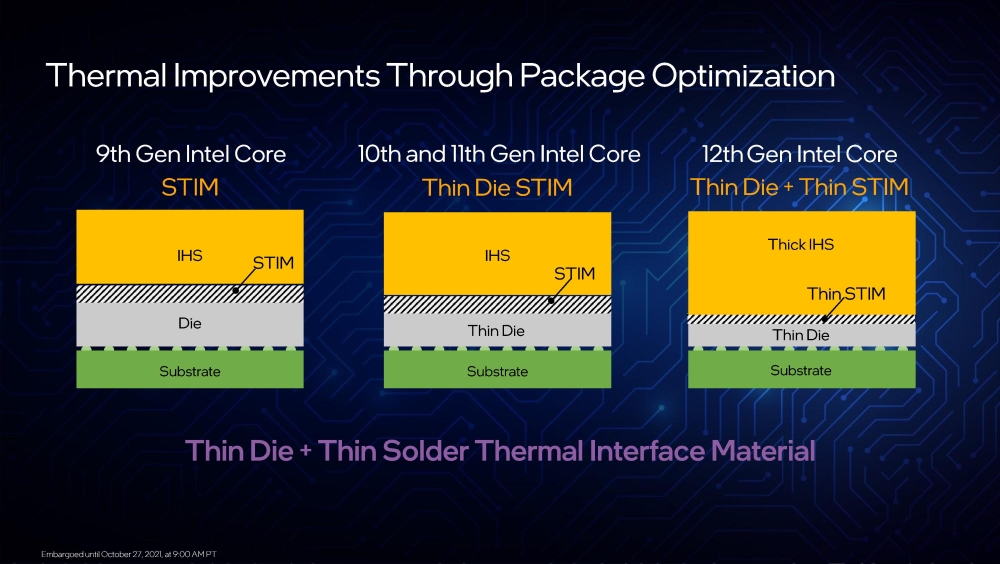 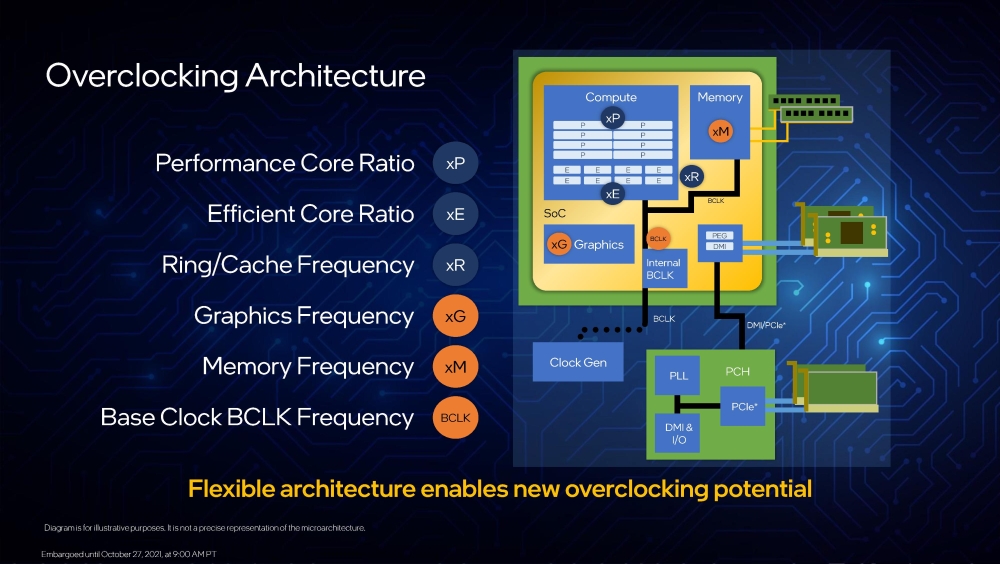 Neither of these six SKUs will be coming with a stock/boxed configuration so there won't be an Intel reference cooler, but, luckily, most CPU cooler manufacturers will offer a free mounting replacement for the new LGA1700 socket, and some motherboard makers are including mounting holes for the older socket as well, so current coolers should work as well.

In any case, it is left to be seen if Intel can shake AMD and its Ryzen CPUs and performance-wise, these are close and it will come down to price, performance-per-Watt, platform improvements, and other factors, so it will be hard to draw the bottom line when those reviews come. 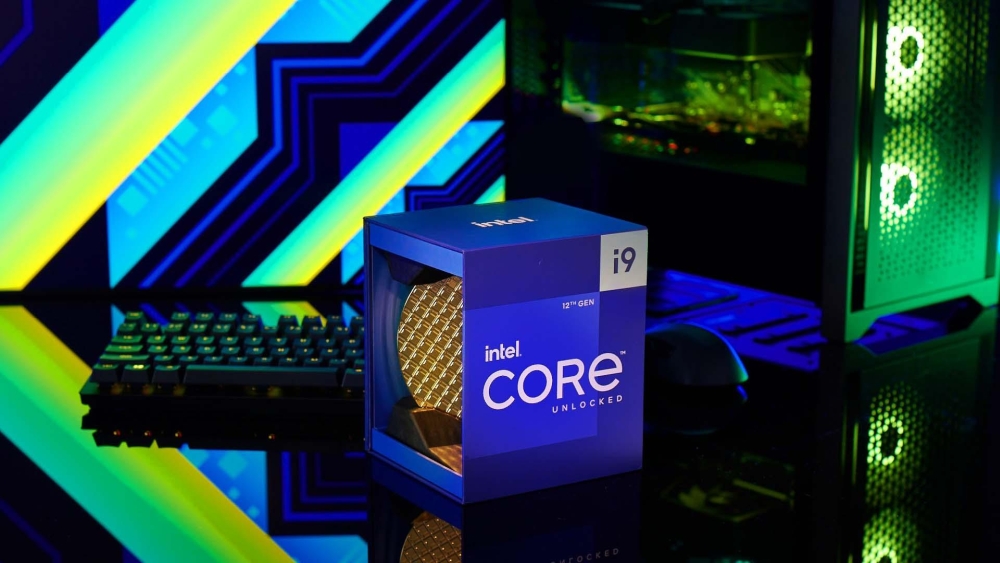