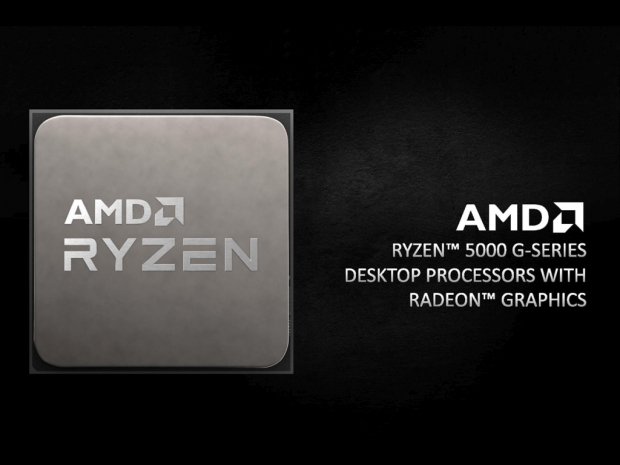 As expected, the AMD Ryzen 5000G series desktop processors are similar to the Ryzen 5000 Mobile series CPUs, as you get Zen 3 based CPU cores paired up with Radeon Vega graphics. While the graphics part of the chip is pretty much the same as on the Ryzen 4000G series, the new Ryzen 5000G series should heavily benefit from Zen 3 CPU architecture with a larger L3 cache. 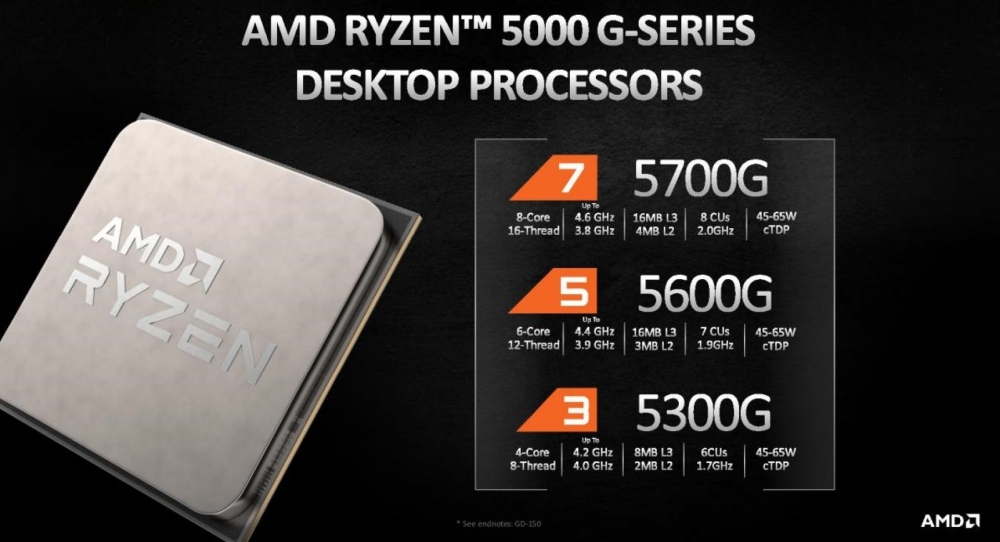 Of course, the GE parts are similar to the standard G-series, with a slightly lower base frequency in order to hit the 35W TDP.

As you can see from the list below, 8-, 6-, and 4-core parts, that should do quite well, and although we would prefer to see an RDNA-based integrated GPU, the Vega GPU architecture still packs quite a punch in this market segment. It is worth noting that the Ryzen 5000G series also lacks PCIe 4.0 connectivity. 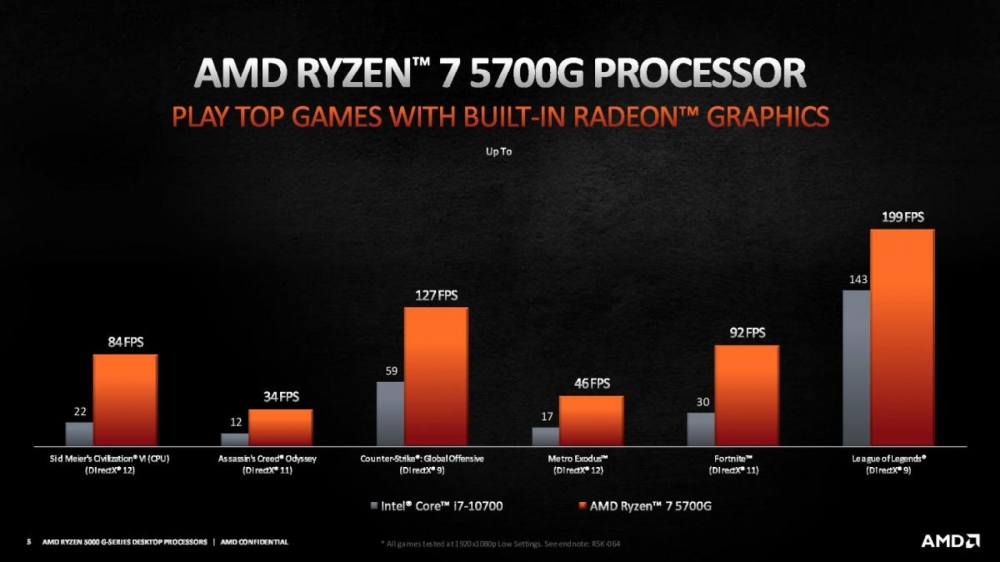 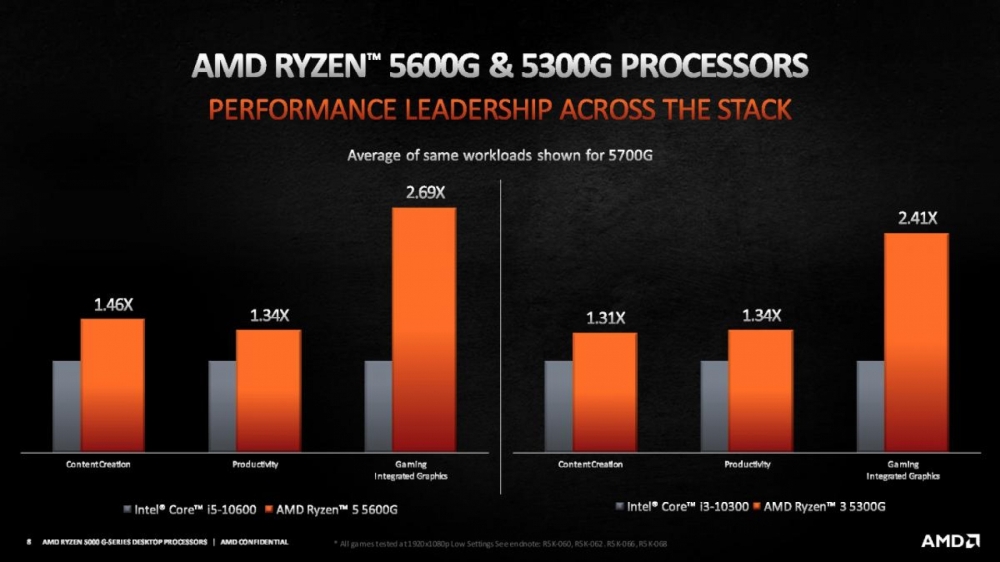 As noted, these Ryzen 5000G series APUs will first be available to OEMs like Dell, HP, Lenovo, but some suggest that retail/e-tail should see them later this year.

Last modified on 14 April 2021
Rate this item
(0 votes)
Tagged under
More in this category: « Microsoft releases home-work webcam and surfaces PC sales up 50 percent thanks to home working »
back to top