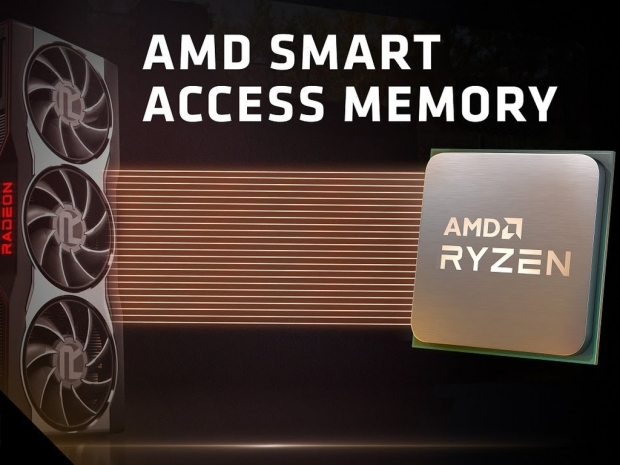 During its Where Gaming Begins Ep. 3 event, AMD has confirmed it will be officially bringing its Smart Access Memory support to Ryzen 3000 series CPUs.

Previously available only on AMD Ryzen 5000 series CPUs, the upcoming update will allow those with older Ryzen 3000 series CPUs to enable PCIe Resizable BAR as well, of course, only on Ryzen 500 series motherboards and with Radeon RX 6000 series graphics cards.

Other system requirements include AMD Radeon Software Driver 20.11.2 or newer and the latest motherboard BIOS (based on AMD AGESA 1.1.0.0 or newer).

In case you missed it earlier, the Resizable BAR, known as Smart Access Memory, allows the CPU to access more VRAM, or a full 16GB on the RX 6800/6900 series graphics cards, bringing up to 16 percent performance uplift in certain games.

Of course, the Resizable BAR was already available on some motherboards, with the right BIOS update, but now the support is official. Bear in mind that it does not include Ryzen 5 3400G and Ryzen 3 3200G, which is not a surprise as these are based on Zen+ architecture. 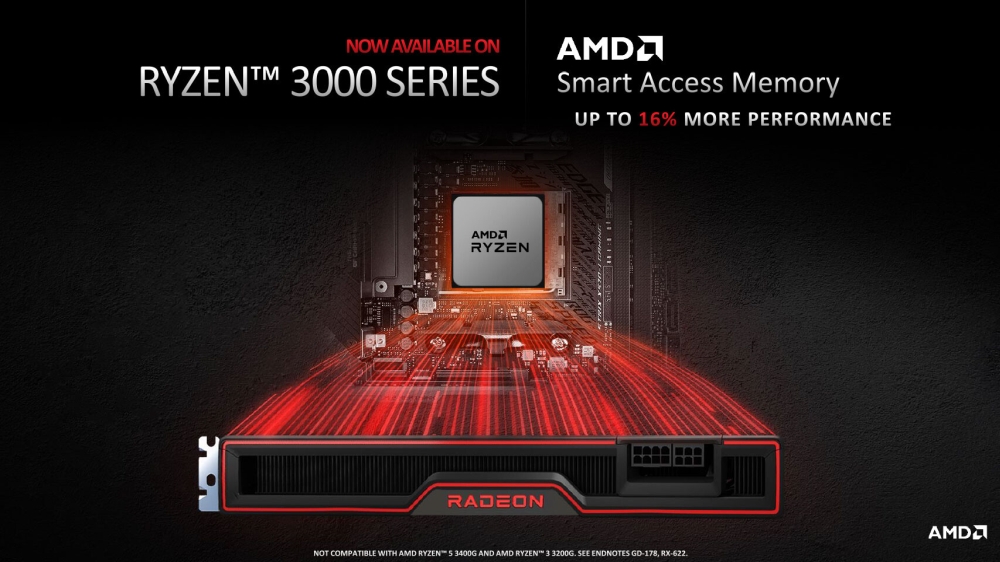 Last modified on 05 March 2021
Rate this item
(1 Vote)
Tagged under
More in this category: « Intel confirms Rocket Lake-S launch date for March 30th EU will produce its own advanced semiconductors »
back to top