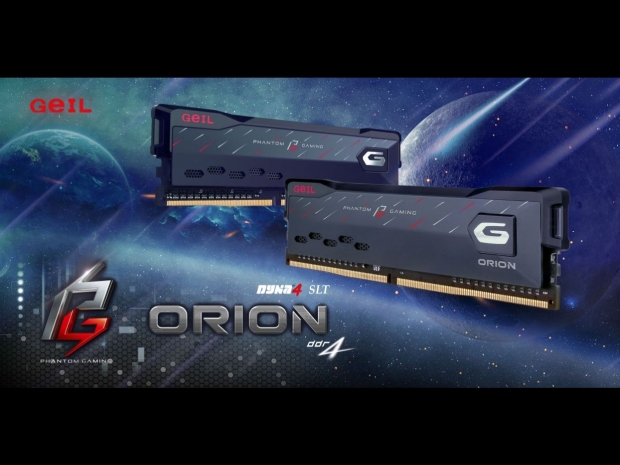 GeIL announced ORION RGB Gaming Memory for AMD targeting better support for AMD RYZEN 5000 Series processor. At the same time it underlines the message that it has the memory optimized for the latest AMD and Intel latest platforms, frequencies from 2666MHz to 4400MHz, and capacities from 8GB to 128GB kit.

The new ORION RGB Gaming Memory delivers an advanced RGB LED array built on the understated aluminum heat spreader design for an enchanting RGB illumination. It is available in frequencies ranging from 2666MHz to the high-performance 4400MHz with larger capacities up to 128GB (4x32GB) as well as racing red and titanium gray spreaders with dual-channel and quad-channel.

The new modules are optimized for the latest AMD and Intel platforms offering what it claims is unparalleled performance to pro-gamers, enthusiastic builders, and video creators. 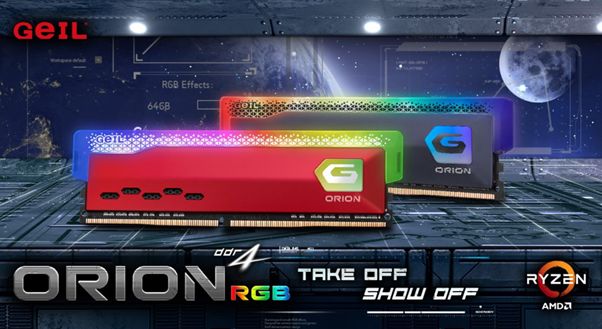 "Many of our customers have encouraged us to extend an RGB version for the ORION Memory. I'm pleased to announce the availability of the ORION RGB Gaming Memory, and it is designed for the gamers and enthusiast PC users who are looking for new ways to customize the interior of their gaming desktops." said Jennifer Huang, the Vice President of Sales and Marketing at GeIL.

The ORION RGB GAMING Memory is launched in Intel and AMD package versions. It has been thoroughly tested and optimized separately to offer an ultra-fast DDR4 DRAM memory with superb stability and compatibility across the latest Intel and AMD Ryzen platforms. The series will be available as single 8G/16G/32GB modules in dual and quad module kits for a maximum capacity of 128GB (4x32). The ORION RGB Gaming Memory offers frequencies up to 4400MHz at CL19 in dual-channel and four voltage settings depending on the selected profile. The voltages 1.2V, 1.35V, 1.4V, and 1.45V provide stability at higher speeds and allow overclockers and system builders more options when configuring their builds. GeIL ORION RGB Gaming Memory is verified to bring stability and performance, which guarantees an ideal working environment for pro-gamers, overclockers, and video content creators.

It is backed by GeIL's lifetime warranty. You can get them below.