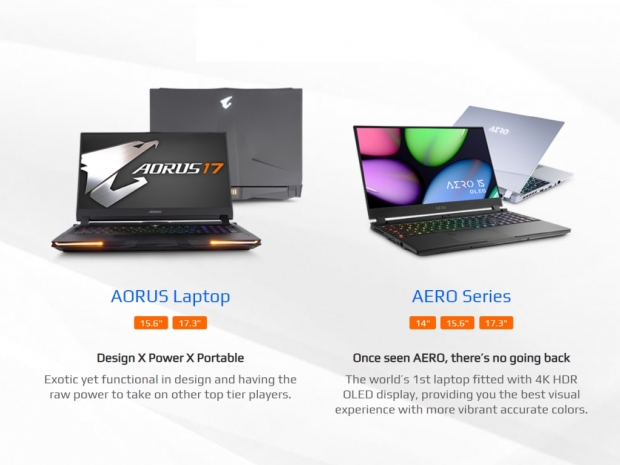 Gigabyte is yet another laptop maker that has updated its gaming laptops with new hardware, including its Aorus and Aero series. While most of these laptops will be getting new Intel 10th gen Core CPUs, only some are destined for Nvidia RTX 20 Super series GPUs.

According to Gigabyte, the AORUS 17X, AORUS 17G, and AORUS 15G are the lightest notebooks in the industry, featuring true mechanical gaming keyboards, courtesy of Gigabyte's partnership with OMRON.

Gigabyte has also updated its Aero Creator line of laptops, giving both the 15-inch and 17-inch versions a 4K OLED screen with HDR400, in addition to the previously available 144Hz FHD screen.

All coming this April

The AORUS 17X, AORUS 17G, AORUS 15G, as well as the new AERO models will be available as of April 2nd, with official sales starting on April 15th, while the premium gaming AORUS 5 and AORUS 7 are expected to be on retail/e-tail shelves in late April.

The price, according to our information, is set at: 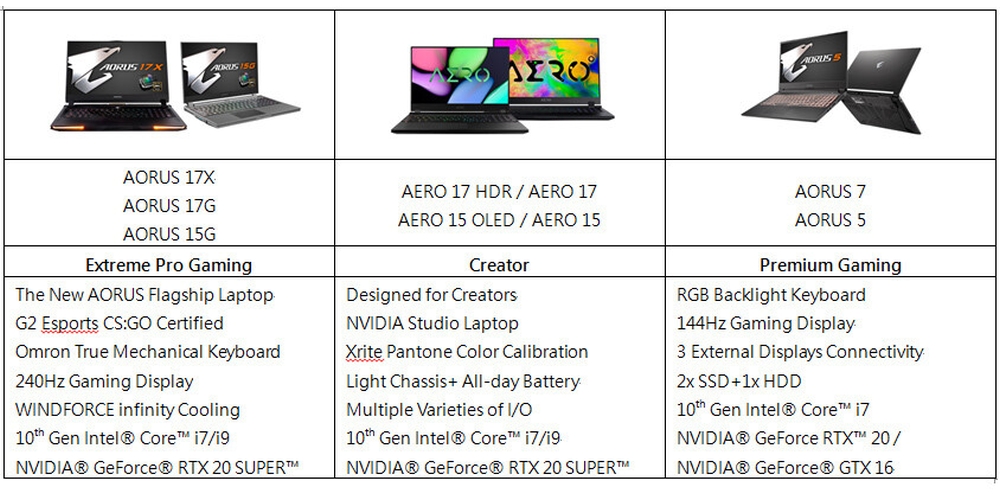 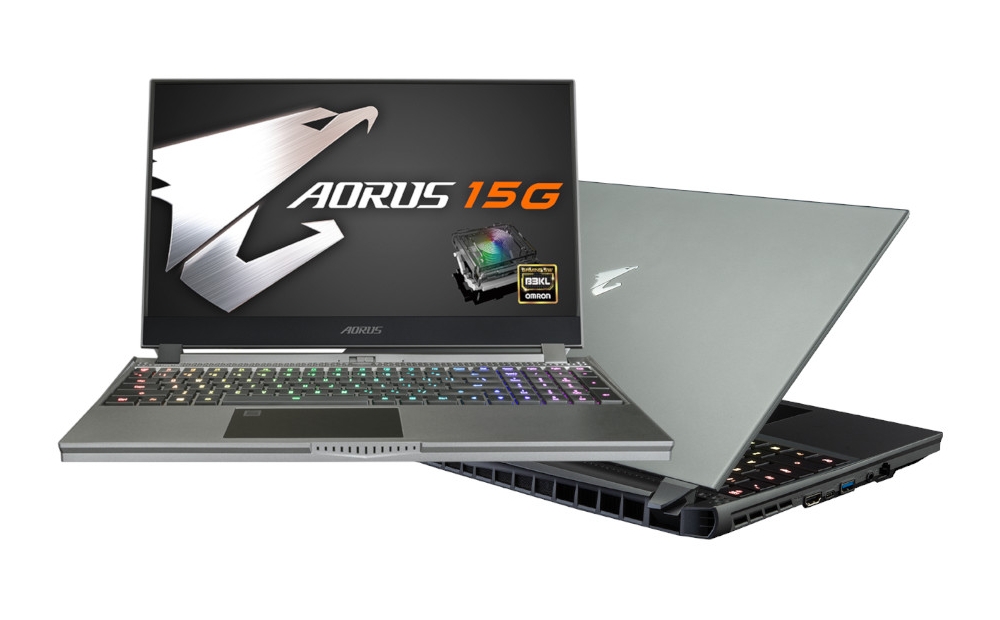 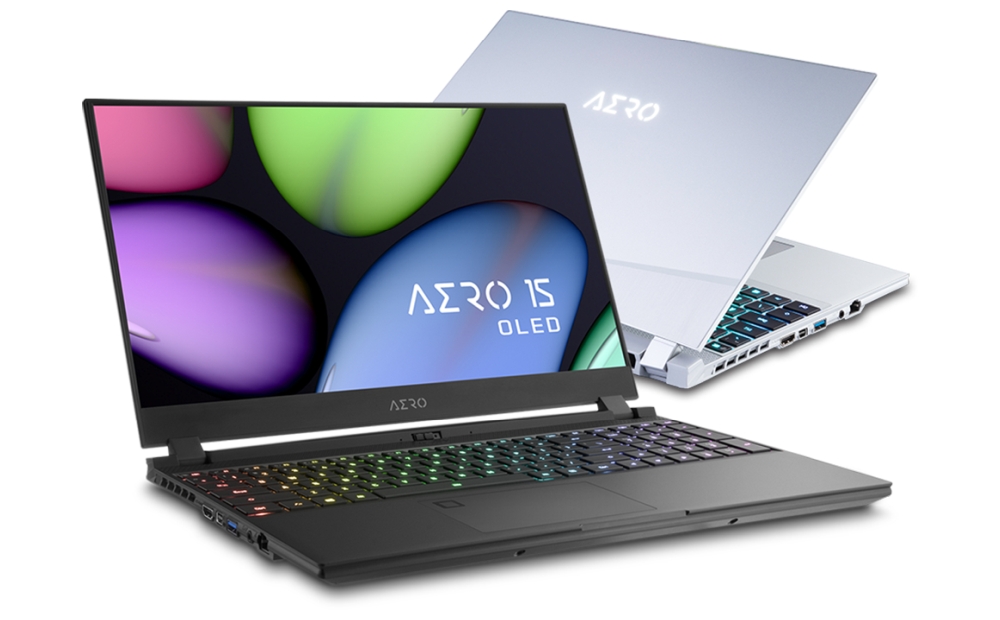 Last modified on 02 April 2020
Rate this item
(0 votes)
Tagged under
More in this category: « Razer updates Blade 15 laptop with fresh hardware 10th-Gen Intel Core processor Comet Lake H is out »
back to top